1960 Part 16
posted by Seanthehedgehog
Pierce just entered a town called 城堡 Rock when his car got a flat tire.

Pierce: *Angry* Oh great. *Passes a sign* The nearest service station is a mile away. That's too far. Especially since I have a flat tire. *Goes onto the side of the road*

Karl: After nearly getting stopped 由 the FBI, I'm just glad this Saratoga I got doesn't have any damage. *Enters Woodland*
Bob: *Driving through Vancouver* Who knew there was another town called Vancouver in Washington? You'd think 你 were in Canada.

Pierce finally stopped at a service station in 城堡 Rock.

Pierce: Give me a new tire, now!
Service Ponies: *Running to get a new tire*
Pierce: *Looks down the road. A lot of cars are passing 由 on the road* I just hope none of those cars are being driven 由 Bob, Tom, 或者 Karl.

Tom: *Looking at the mare, and begins to have a 幻想 about her*
Mare: Will 你 watch the road please?
Tom: Sure. *Watches the road*
Pierce: *Gets back onto the road from the service station*
Tom: 嘿 wait a minute. That 小马 looks familiar.
Mare: Do 你 know what his name is?
Tom: Pierce Hawkins!!!
Pierce: *Turns around and sees Tom* Oh dear. *Floors it*
Tom: *Follows Pierce and goes faster than him*
Pierce: Doesn't this story have enough car chases in it?
Tom: *Taps the back of Pierce's car* I'm gonna destroy your Chevy, 或者 Buick, 或者 whatever it is you're driving!
Mare: I think that's a Pontiac.
Tom: How do 你 know? Mares aren't supposed to know anything about cars!
Mare: *Points to the word Pontiac on the side*
Tom: Pierce, you're making my girlfriend correct me!! *Taps the back of Pierce's car again*
Pierce: I've had it with this numnut. *Brakes*
Tom: *Goes into the right lane. Another car crashes into him and he spins off the highway, stopping on the grass*
Mare: What was that all about?
Tom: So I got a little angry and another 小马 crashed into us. No big deal. We just drive back onto the highway and try to destroy Pierce again. *Drives back onto the highway*

W: (With Jordy, Brightside, and Izfan, watching the businessmen’s meeting)
Jordy_Dash: What the… there are only seven of them. I thought there was supposed to be eight
W: Maybe they killed him
Business Man 1: Well, everyone. Who do we kill next
Izfankirby: See, I told 你 guys it was them
Business Man 1: But, before that, we need to discuss the death of Jon Jones
Business Man 2: Who cares. Just as long as he’s dead, we don’t have to worry about leaking information to anyone
Business Man 1: And what about #8’s death
Business Man 2: Simple…. f**k...
continue reading... 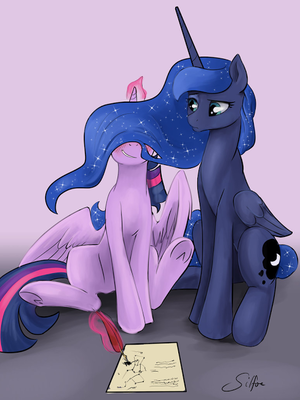 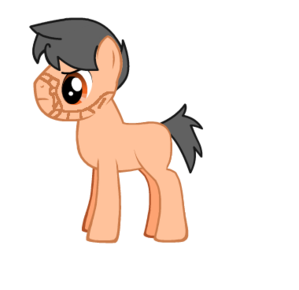 Toussaint
When Papillon, Louis, and Andre got to the island, it was dark. The island was part of a leper colony, for treating ponies with leprosy.

Papillon: Don't point your weapons at anypony.
Louis: Why not?
Papillon: Better idea. 你 two stay here. I'll go alone. *Gives Louis his rifle*
Andre: Why are 你 going alone?
Papillon: I don't want anypony here to see your rifles. We wanna make peace with them, and get a boat. *Walks to a hut*

Inside, he met the colony chief, Toussaint. He was affected 由 leprosy.

Toussaint: Is there something we can help 你 with?
Papillon: *Staring at Toussaint's face*
Toussaint:...
continue reading... 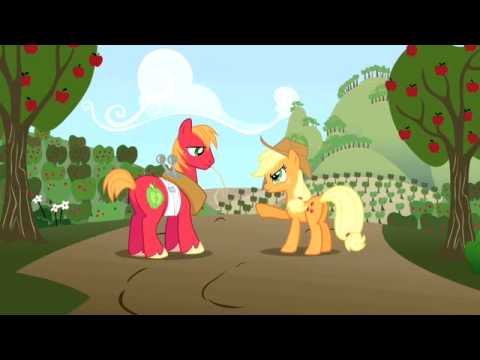 Mirage: It's been a while since those cops decided to go after us.
Frank: I think they 迷失 us.
Saten Twist: Don't jinx it!
Ryan: Saten, what did I tell 你 about jinxes not existing?
Saten Twist: They do exist. Pinkie Pie told me.
Blazin' Blue: Oh. So that's the name of the 粉, 粉色 German 你 mentioned earlier.

Master Sword, Sean, The Cop from Flemington, and five 更多 police ponies were behind them.

Case Cracker: Looks like our 老友记 brought 更多 guests along.
Frank: I guess Saten Twist was right about...
continue reading...
3
M.C.C Part 7
posted by Seanthehedgehog
Master Sword, and Sean were getting closer to the convoy.

Case Cracker: Yo, we got company.
Saten Twist: Not again. *Drives into the left lane* Everyone go. I'll hold them off.
Blazin' Blue: Whatever 你 say.

They all took off, leaving Saten Twist with the cops.


Rainbow Dash, having her new makeover a success, waited for Spike up on a cloud. Suddenly she was approached 由 Derpy.
Derpy: Oh. There 你 are.
Rainbow: Hello Derpy.
Derpy: Soooo.. Is it true?
Rainbow: Is what true?
Derpy: Rumors say your trying to get Spike to fall in 爱情 with you, simply to prove your not a lesbian.
Rainbow: Yeah. So?
Derpy: Isn't that rather mean of you?
Rainbow: Derpy. Please. When have I EVER been...
continue reading... 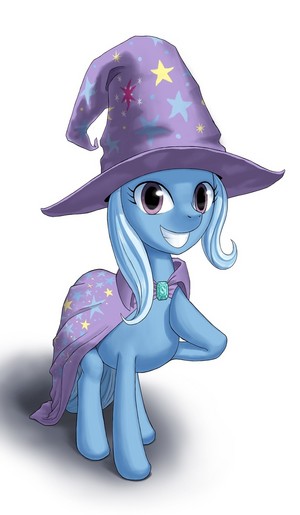 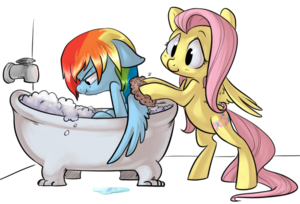 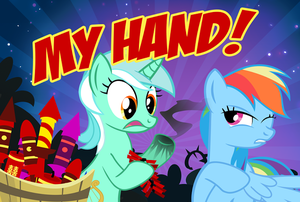 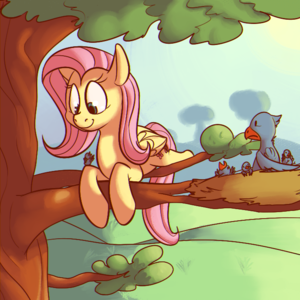 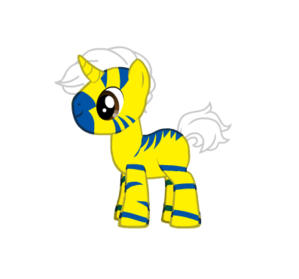 Mazda Friscero
Jeff kept looking around Brooklyn, but then he found a yellow, and blue unicorn.

Jeff: Mazda Friscero at last.
Mazda: *Loads up sawed off shotguns* Don't worry. I'll make your death a quick one. *Shoots both shotguns at same time*
Jeff: *Creates shield to protect himself, and all the Nazis, Griffons, and Changelings*
Mazda: 你 have very powerful magic. 你 probably learned from Twilight, but that won't stop me from killing you!
Jeff: *About to shoot Mazda*
Mazda: *Shoots gun out of Jeff's hooves*
Jeff: No matter. I didn't need that anyway. We'll settle this stallion to stallion. *Uses magic to...
continue reading... 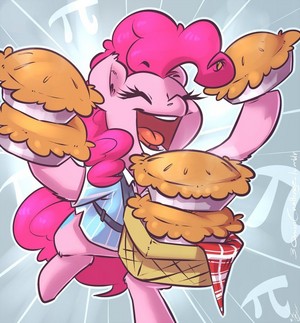 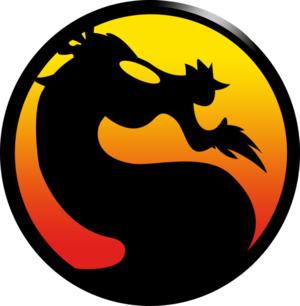 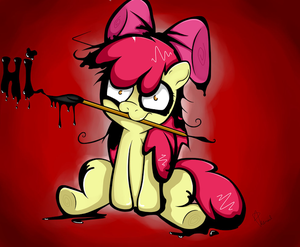 Filly Glaze (her and Trixie are his ONLY friend of the time): I'm sorry about your mom putting 你 into adoption and all.

Filly Saten: Ahh, can't say I'm too serprised.. But at least I met my first cousin Derpy for the first time.

Filly Saten: It's okay, we can just check back tomorrow.

Filly Saten starts heading back, but from behind him Glaze pick up a trash can and breaks the bank window, triggering the alarm, shocking Saten....
continue reading... 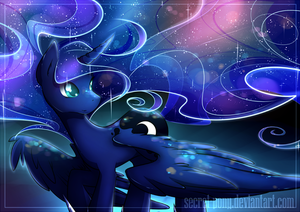 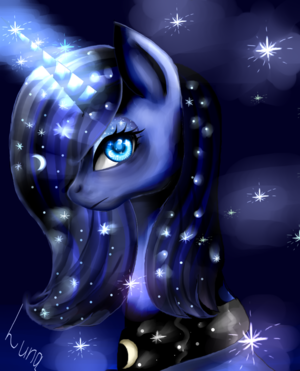 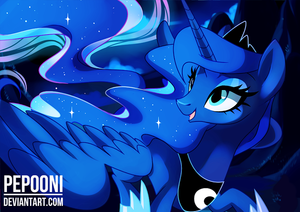