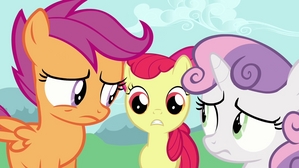 we planned our attack
I listened in the distance, the sound of a tank rang through my ears and made me unsure of who's tank it was. ,"Sweetie Belle, i heard a tank go check and see if it's ours 或者 theirs (the changeling's)". my friend nodded and made her way out of the forest. Later she came back ,"Scootaloo! it's ours!" she shouted; i felt excited that we finally had a tank. we all rushed out of the forest to see the big war machine, when Applebloom, Sweetie Belle, and 彩虹 Dash finally made our way out of the forest there was the sight of the incredible tank and standing beside it was Twilight, Spike, and Spitfire.

My sister immediately ran up to Spitfire ,"Oh my gosh oh my gosh oh my gosh" She had the widest smile on here face ,"Hello 彩虹 Dash, heard you're in the Ponyville Military" the orange-maned pegasus 说 grinning. ,After a few 更多 秒 of conversation, Spike Asked ,"is this the final battle?" we all nodded our heads in agreement. 彩虹 Dash, Spitfire and Twilight got in the tank while i gave Spike a 小马, 柯尔特 1911 and a helmet. We then advanced into the forest, The changelings weren't in the forest but the moment the tank, me, Applebloom, and Sweetie Belle came out of the foliage there was a ridge called Discord Drain Ridge and 90 changes' with rifles, bayonets, and MGs standing ontop of a giant rock was the 皇后乐队 herself, Chrysalis.

,"FIRE!" she ordered her army, they unloaded all they had at us, my Cutie Mark Crusader 老友记 and me took cover behind a 衬套, 布什 and planned our attack. ,"Applebloom got any ideas?" Sweetie belle asked. ,"Yeah, take cover behind the tank" we looked through the bushes seeing the metal giant taking bullets left and right. I thought Twi and the rest needed the heat taken off of them so i suggested ,"Why don't we distract the changelings to take pressure off of Spitfire, Sparkle, and my sister?". immediately Sweetie and Applebloom looked and eachother and smiled in confidence. ,"That might work" Sweetie responded. We counted to three and came out of the 衬套, 布什 firing every bullet we had left.

half of the changelings died while the other half were left standing. ,"AB got any 更多 ammo?" i asked her ,"No im out, 你 got any Belle?" Sweetie shook her head no and we knew our luck ran out. just then a 淋浴 of artillery shells came down on the edge of the ridge. After that the only changeling standing was the queen, Chrysalis dropped her gun as we moved towards her with bayonets.

The fight ended that day, and i was glad it did. if i learned anything during that fight it was that 你 should never lose hope. 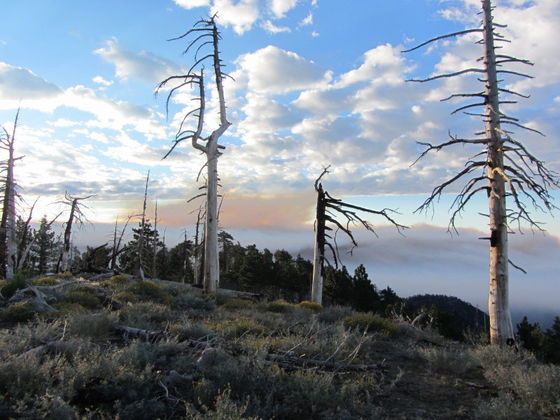 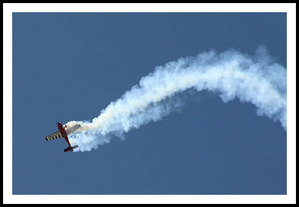 plane doing cartwheels
Twilight: hurry, ponies! we can't him escaped.
Pinkie Pie: don't worry Twi! i got this! -hops on pig and flies-
Apple Jack: WHAT THE FU-
Random Derpy: -flies by- hi Pinkie!
Pinkie: -hops off of pig and jumps really high in slow motion- PINKIE.......PAWNCH!!! -falcon punches teletubby jet-
-jet falls down-
Telebubby: SHHHHHHIIIIIIIIIIIIITTTTT!!!!
-a huge explosion when the jet crashes into the ground-
Apple Jack: YEEHAW!
Twilight: we did it!
Fluttershy: yaay.
Rarity: marvelous!
Rainbow Dash: that was awesome, Pinkie!
In Celestia's castle...
Celestia: another job well done thanks to the Mane 6.
Twilight:...
continue reading...
2
Ponies On The Rails Episode 6 part 1
posted by Seanthehedgehog
Running from Chicagoat to San Franciscolt is a railroad called the Union Pacific. It's the largest railroad in the United States, and is run 由 thousands of ponies. This is the story of some of those ponies that run the rails, aka railroading.

You already know this, but bare with me. Percy fixes tracks on the Union Pacific. He usually works with his best friend Jeff, but today that would change.

Percy: *walks along station*
Pete: Percy, I have some bad news.
Percy: What is it?
Pete: Jeff isn't feeling well, and took the 日 off. So we got 你 another...
continue reading...
2
A 爱情 Story: Part 4
posted by applejackrocks1
When 苹果白兰地 awoke, she saw Nopony in sight. She sneezed. Then, she realized that she was tied up, sitting down.

The two ponies suddenly popped out of some coral. They surrounded once more, Applejack. One of them had a knife, and the other had an axe.

Applejack: Please, Stop! Why are 你 doing this to me?!
MP2: Because your an earth pony!
MP3: And you'll call your pack to kill all the Merponies!
MP2: So we'll kill 你 first!
Applejack: *cries* BRAWNY! H-HELP!
MP2: He'll never hear you, so SHUT UP!
MP3: Ready to die, Sugarlame?...
continue reading...
4
Why I Dislike "Bats!" (kinda.)
posted by SkyheartPegasus
Ahem.
Before 你 say "Bats is an awesome episode," yes, I know it is. It's beautifully animated and has a decent plot, plus a really good song. I don't hate it, but there's a few little things. I also loved Fluttershy being a vampire/bat. But it's only how the Mane 6,minus Fluttershy, acted that pissed me off. And this is only for the first part of the episode. (I didn't really care after the song) Now, without further ado, let's hear my thoughts.

3. Twilight Sparkle. Seriously, "Princess" Twilight, you're being a total jerk. Why not settle the argument 由 just simply TALKING it out? Why not...
continue reading... 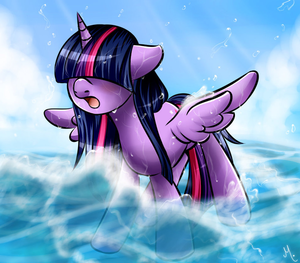 Wild Waves
added by tinkerbell66799
Source: Original Owners (NOT ME!!
1
The Bob Newhart Fanfiction Part 5
posted by Seanthehedgehog
After lunch, Bob went in his room to relax, while Emily, and a few other ponies went on a scavenger hunt around the ship. Soon, Bob heard somepony knocking on his door.

Bob: Come in.
Mildred: *Comes in* I need your help with something.
Bob: What's the matter?
Mildred: It's Burt. He's been bothering me since we came here. I told him not to call me mum, but he got angry with me.
Bob: He didn't try to hurt you, did he?
Mildred: No, but he's probably looking for me, and then he'll hurt me.
Bob: I'll make sure he doesn't hurt you.
Random Pony: *Knocking on door*
Mildred: That's probably him!
Bob: *Opens...
continue reading...
1
The Bob Newhart Fanfiction Part 4
posted by Seanthehedgehog
Previously, Bob was on a luxury cruise liner with Emily, his wife. On that cruise, they met two ponies named Burt, and Mildred.

Burt: 你 know what I like to get all the time?
Bob: Potatoes?
Burt: No, that's the Irish. I like to get the salad.
Mildred: And I get steak.
Burt: Maybe, this time 你 should have the 沙拉 with me mum.
Emily: 沙拉 sounds nice.
Bob: I have to agree with Mildred, the 牛扒, 牛排 sounds good.
Waiter: May I take your orders.
Burt: Me, and mum will have a salad.
Mildred: Don't be daft Burt, I can order for myself. Let me have a steak.
Waiter: Okay. *Writing down orders* And...
continue reading...
3
Ponies On The Rails Season 3 Highlights
posted by Seanthehedgehog
Theme song >>>> link

Gordon: *Sitting on steps of signalbox* What? Were 你 expecting Hawkeye to 显示 up in a train like the season 2 highlights? Well, tough shit! 你 get to see my 最喜爱的 parts of season 3-
Coffee Creme: Gordon, this isn't about...
continue reading... 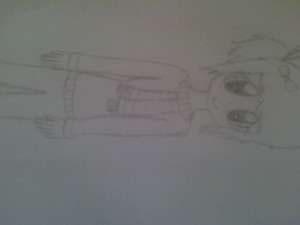 4
Ice Drop as a Human Drawing
added by karinabrony
Source: Me 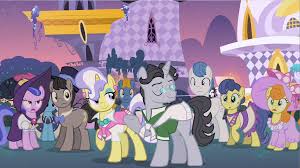 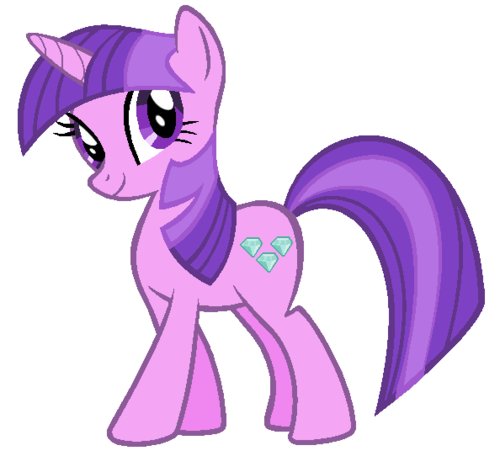 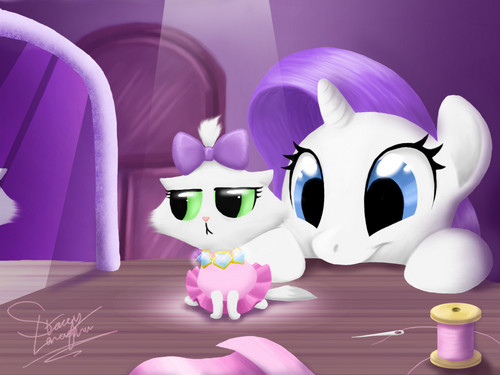 I found these on DeviantART, and needed to share them. :D
added by Tawnyjay
Source: Rightful Owners 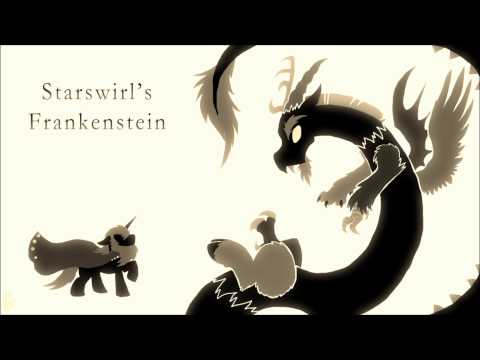 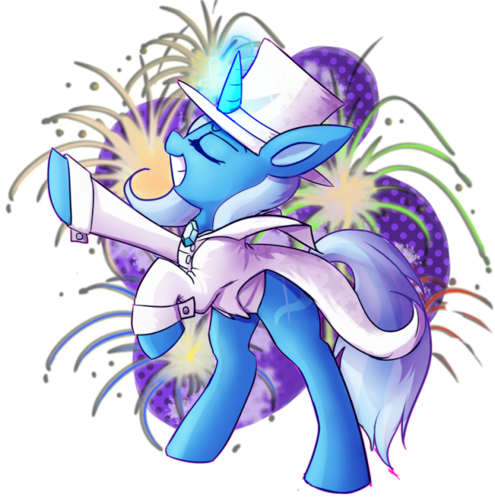 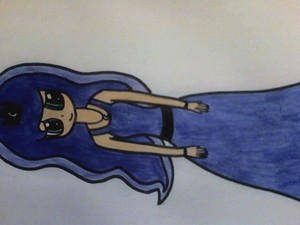 Luna as a Human Drawing
added by karinabrony
Source: Me

2
My Little Pony: Friendship is Magic Season 2 Episode 19 - Putting Your Hoof Down
added by -RainbowDash-
YAY A NEW EPISODE!
video
my
little
小马
friendship
is
magic
3
Hedgehog In Ponyville: The Great Escape Part 11
posted by Seanthehedgehog
In one of the tunnels.

Volk: *Digging*
Pablo: *Waiting 由 entrance of tunnel*
Volk: *Puts dirt on cart, then knocks twice*
Pablo: *Pulls 大车, 购物车 towards him*
Bartholomew: *Arrives* How is everything?
Pablo: Not good.
Bartholomew: Not good? Why?
Pablo: Three times today, the dirt keeps falling down on us.
Volk: *Gets trapped in huge pile of dirt* Help!
Pablo: Wait here *Gets on cart, and goes towards Volk*
Volk: *trapped in dirt*
Pablo: *Pulls Volk out*
Volk: Ah, *Coughs* Thanks.
Pablo: No problem *Puts Volk on cart* MOVE!!
Bartholomew: *Pulls Volk towards him*
Pablo: *Shows up* Give him some water.
Bartholomew:...
continue reading...
3
Hedgehog In Ponyville: The Great Escape Part 1
posted by Seanthehedgehog 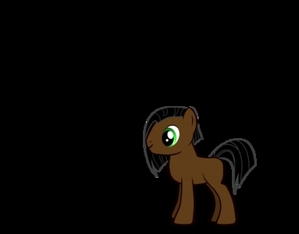 This is based off of a true story. Although the characters are completely different from those of the actual escape, every detail is exactly the way it went.

Master Sword: Come on Tom, let's go meet the others.
Tom: Right behind you.
Double Scoop: *Standing on 街, 街道 corner*
Aina: *Runs out of her house*
Sunny: Hey, wait for me. *Flying in the middle of the street*
Saten Twist: *Polishing his chain saw, but stops to go meet the others*
Pleiades: *Arrives at corner*
Mortomis: *Standing 下一个 to Double Scoop*
Tom: 更多 ponies!!
Snow Wonder: *Arrives in a brand new Corvette*
Cosmic Rainbow: *Flies from the clouds*
Heartsong: *Climbs out of a manhole*
Annie: *Arrives on a bicycle*
Blaze: *Flies...
continue reading...
More Cards
1234567891011