"YOU ARE JUST JEALOUS, THEREFORE YOUR ARGUMENT IS INVALID"

Firstly, let us examine the logical reasoning behind "You are just jealous, therefore your argument is invalid".
It is invoked when any 粉丝 post an argument and employes this one as rearguard to fend off counter arguments; 或者 it is used as an counter argument alone. In essence, 由 their logic, invoking jealousy immediately dismisses the opponents argument as defeated, and not worthy of any further discussion.

Now, this type of argument is one of the most atrocious fallacies in existence. Instead of counter-arguing against the opponents arguments, it dismisses them 由 attacking the merit of the person who put the original argument forward. The formal name is Argumentum ad hominem (argument to the person - personal attack fallacy), and in my opinion it is one of the vilest fallacies one can commit.

由 insulting/attacking the opponent in a debate, one immediately loses several vital things, like respect. Further, insulting one's opponent has not moved the 辩论 前锋, 期待 as the original arguments remain untouched, and therefore stands until a proper counter-argument takes them down.
In conclusion, calling one's opponent jealous is not helpful at all for one's cause. It firstly removes one's respectfullness; secondly it allows an opponents arguments to stay in place, which is basically handing one's opponents the victory. Now isn't that extremely beneficial for one's cause? Innit?

"YOU ARE JUST JEALOUS OF ME, THEREFORE MY SERIES IS BETTER"

Secondly, we shall examine the above quote. We pose one important question: Why is this argument false?
Firstly, let us see if there are any connection between these two statements: A persons jealousy and a book series' quality. Then I shall prove to 你 that jealousy is dependant of quality and not the other way around.

The level of jealousy of any person is most often a most personal feeling. It comes when any other person around us possesses something we do not possess, while this something is a thing we desire to have. Then we are jealous.
The quality of any book series of anything is dependent of several things. The grammatical correctness of the prose and therefore the ability to easily navigate the text, the level of interest they raise in us, the difficulty of the words in the prose, the moral message they present, et cetera. Whereas jealousy only touches the quality of a book series if and only if it is already possessing good quality, for who would even be interested in a book for starters if it is riddled with misspellings, faulty sentence order and promotes values we despise? Let alone desire to possess it?

To call one's opponents jealous while not counter-arguing 说 opponents arguments hands 说 opponents the victory 由 fiat, while being simultaneously fallacious and unworthy of respect. While arguing that "You're jealous of my book series, therefore my book series has quality" is at least a very false argument.
cassie-1-2-3 likes this
Lord-Voldemort I'm always pleased to read your well-written articles :)
Quaila Thank you. ^^
cassie-1-2-3 Correct, you are.
HPisthebestDUH i dont understans you!!! why don't you talk like a nornal person!!!!!!! omg you twilight likers think ur so smart. just be quite becaue your book is shorter and smart people like harry potter duhhhhh
Quaila ^ Is that comment directed at me? Because if so, I am displeased to inform you that I am Imperially and Royally offended. Are you implying that I am abnormal? An... abomination? Do you have prejudice against Ravenclaws? Also known as smart people? For the record, I am supporting Harry Potter, and wrote this article to destroy the frequent accusations of jealousy from some fans. I am offended by the accusation of snobbiness and arrogance, please withdraw your comment before I report it.
GemonkDruid ^ Ravenclaw represent!
Quaila ^ Lols. I take pleasure in trashing trolls, to an extent...
GemonkDruid I think that she's a troll disguised as a Twi fan disguised as an HP fan.
LoopyLuna96 I didn't know you were a Twilighter, Qualia. XD
Quaila ^ I resent that comment, ma'am!
LoopyLuna96 lol, sorry ma'am. XD 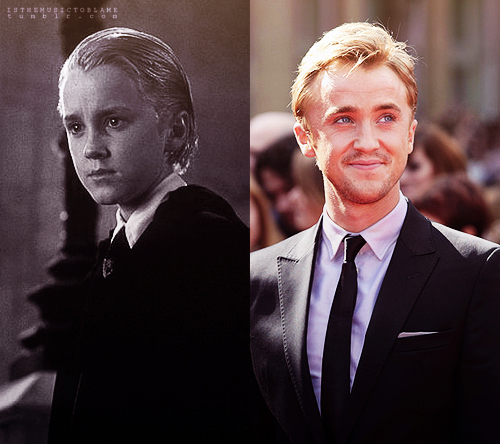 4
Then and Now
added by Gred_and_Forge
Source: Tumblr 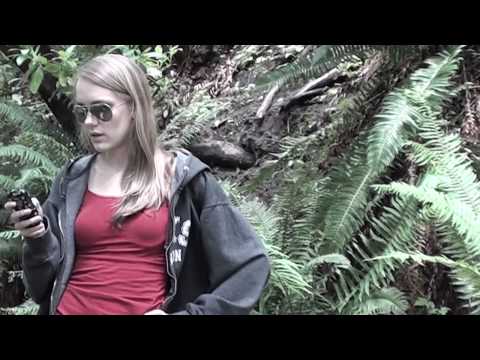 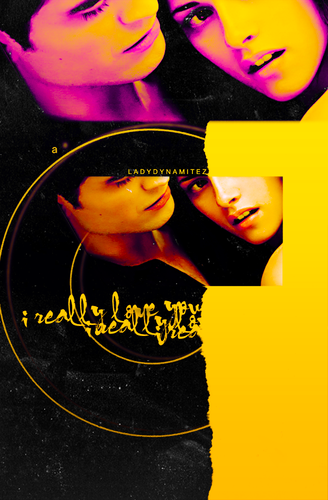 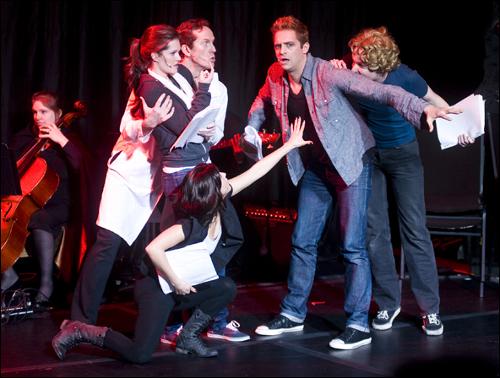 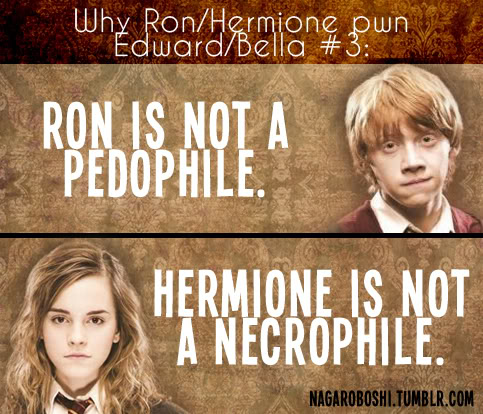 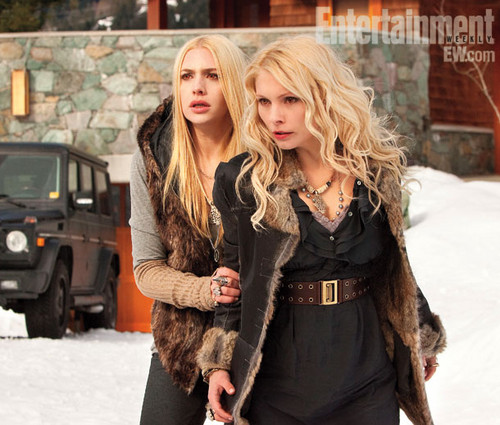 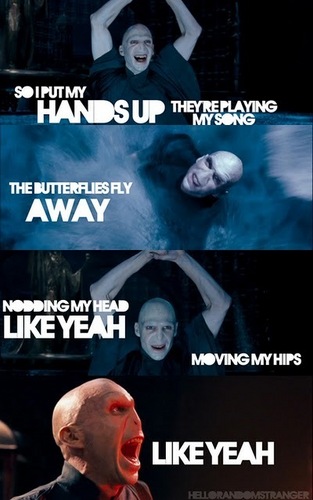 8
Voldemort's Party in the USA
added by Italktosnakes 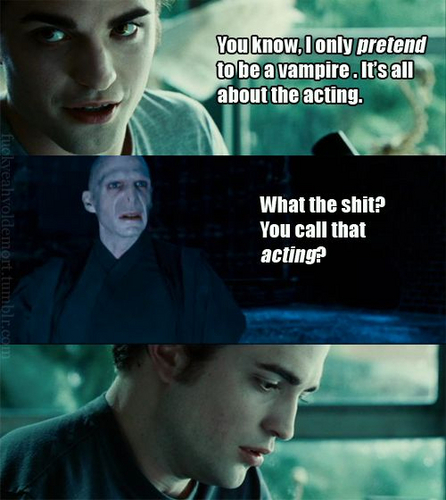 First of all, Twilight is about love. Real love. From what I understand, the "love" in Harry Potter isn't much. Edward would do anything for Bella. Die for her. How I see it, I know Ron and Hermionie get together, but he seems like a horrible person for her.

And while I was talking about Hermionie, here's something else. She's a week character. Unlike Bella, who struggles every day. Hermionie has no problems, the only things she has...
continue reading...

4
Ron is a cock block
added by alexisn10
Source: http://gotaproblemwitharcheologists.tumblr.com 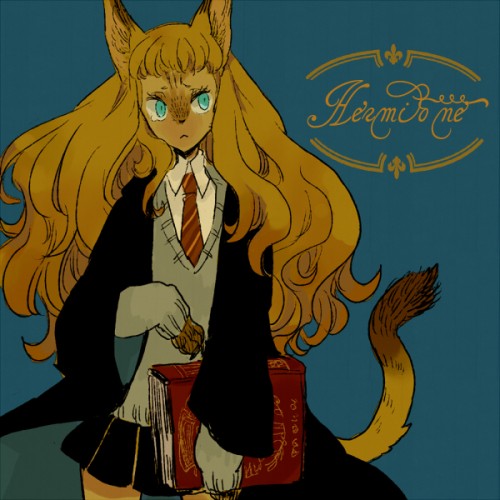 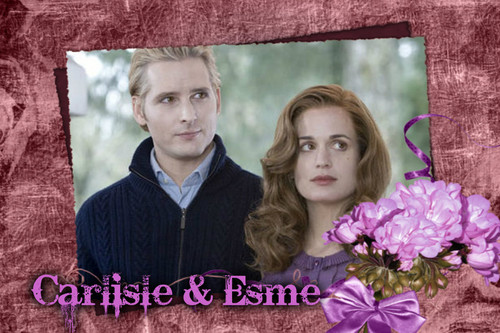 carlisle and esme
added by misshpcullen
Source: Me 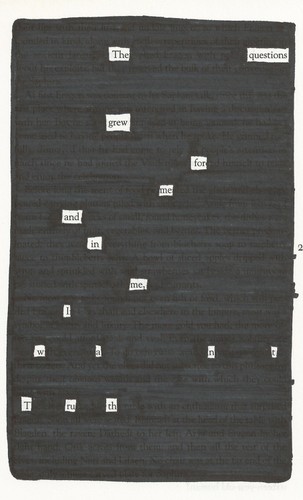 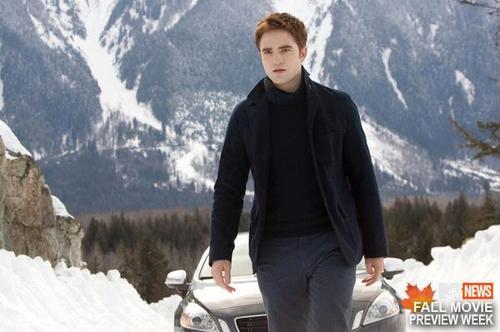 5
How did 你 know?
added by Gred_and_Forge
Source: Tumblr