jadesong
added by smartone123
Source: me

Silkbright
added by ForestClan
Source: i downloaded it on my computer it's not really fine but is a 最喜爱的

1
Dedicated to SpottedCrow! May she rest in peace!
added by Moonstorm100
3
the Diagnosis
posted by TalaLeisu
I followed her into the hospital. She hated hospitals. I knew it from the moment they had had to study the dots on her lower stomach oh so many years ago. Soyala didn't like doctors' offices. It was not something I could blame her for. Who would be mad at someone for loathing the places that had made a careful study of her most private parts of life when she was such a young age? But that wasn't something that she would talk about. She was just herself, and that was okay.


But lately she wasn't herself. Lately...lately she had been someone I didn't know. Someone I didn't recognize. Soyala had...
continue reading...
1
Sandpelt Returns
posted by Pennypatch321
Sandpelt had been out of LavaClan for a few days now. She had had a dream about Heatherpaw, and started her trek to StormClan. Kelsey and 狼 had come with her for 狼 wanted to see Dogtail again and Kelsy wanted to travel with Wolf.

Sandpelt could see the edge of StormClan territory now, and she ran as fast as her legs would take her. She crossed the border and kept running, 狼 and Kelsey right behind her. They headed straight for the camp, and once they got their, Sandpelt slowed down a bit and burst through the camp entrance. Some 猫 from StormClan glared at them and hissed, while...
continue reading...
3
The Story of Onyx!
posted by Moonstorm100

In memory of Onyx, no this is not a real pic of him but similar to wat he looked like!
As some of 你 read in the "Calling all Clan Members" forum, used to hav a cat, named Onyx! He was my first black cat and my last! Here the story of my cycle of cats.........

I got Onyx wen i was really younge, to younge to remember the age, my guess was around 1st grade! I got him at a pets mart near my neighborhood. It was a 年 after I got my first cat's. One was a cat named Sandy, he was a golden tabby tom with gleaming golden eyes and another cat called Squirrel, who was a beautiful gray tabby she-cat, I speak this of memory only, but sadly i dont remember Squirrel's eye color. Sandy,...
continue reading...
3
"My beloved Skyhawk..."
posted by segafan

It was a rainy 日 as Bone walked up the allyway."Scourge would want to hear this",he thought."StormClan in our territory!"
When he found Scourge and told him,Scouge hissed."StormClan in OUR territory?" "And,how many were there?"
"One."
"One?"
"Yes,Scourge,just one."
"You saw it?"
"Y-yes."
"Name?"
"Skyhawk."

In StormClan, Wavestorm saw a brown shape sprinting in the muddy grassland.As it got closer,she could see 更多 clearly."Skyhawk!",she purred."Where have 你 been?!"She watched puzzled as her mate gasped for breath."W-what happend"She asked. While she circled around him and saw bite marks...
continue reading... 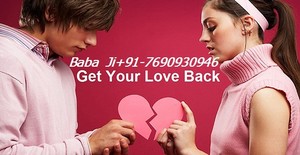 Bear`paw's theme
added by puffer_fish
I personally 爱情 this song! Hope 你 enjoy it too!
video
Reaper's Awakeing ~Prolog
posted by smartone123
The pain is unlike anything i ever felt.I felt pain before ;the loss of my mother who ive loved dearly,the hauntings of my father and his clawing,find out the father i thought i shared a blood connection wasnt real and even fights but this pain i will never be able to earse from my memories.The pain of the claws tearing deep down into my youthful flesh as white dot glittered my eyes.The bites were horriable as well;they felt like jagged rocks ramming into my skin.I suddenly felt sympathy for all the pray that i and everyone killed since it must have felt similar.My mind raced and was trying...
continue reading...
2
Lilybreeze's Life story
posted by Tigerslily

me as a full med. cat
你 may just know me as the med. cat but what many of 你 don't know is my life story

I was born a rouge, and my mom was named Daisy, i was named lily when i opened my eyes she saw my different color eyes.

Rouges and loners would of murdered me if they had seen my eyes, becuase they belived that it was a sign of weakness.

Afeird for my life, 雏菊, 黛西 took me away to the west. She came across Stormstar and explained, she ask Stormstar to keep my name.

When i was brought to the camp Bulefire took care of me since she already had Foxkit, when we became apperetices we shared a metor,Wavestorm, but then after two moons of training i became a med. cat, now im Lilybreeze

Thistletails death!
Thistletail watched his clanmates, in the camp. Spottedshadow was arranging patrols, while Mistyflower laid in the shade, her belly was so big! It looked as if she ate a horse!
A black tom walked over to Thistletail, his blue eyes full of pity and sorrow for the young cat. Thistletail had left his clanmates early, but never took his eyes off them since.
"Thistletail, all 你 do is watch your clanmates, your spirit may have left earth but your loyalty still remains."
Thistletail looked up at the toms blue eyes, "Im honered to be a warrior, Nightstar.........but I dont feel as if I gave enough...
continue reading...

Sweetbriar
added by TeamPeeta649
Source: The body was a free deviantart base, but all the coloring and text was done 由 me. 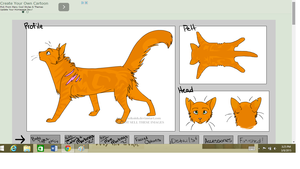