1
爱情 Again Chapter 3: Late Night Conversations
posted by HaleyDewit
As Spike felt the stake piercing his skin he also noticed a strange gleam in Buffy’s eyes. It wasn’t the usual combative gleam she had when she was fighting vampires. Several 分钟 passed wherein Buffy stood inches from Spike unable to do her nightly duty.
Eventually Spike took her hand, forcing her to withdraw the stake. He looked down and frowned. “You ruined my shirt, Buff. A little deeper and 你 would’ve killed me” he 说 offended.
“That’s the intention, moron” Buffy snapped.
“No it’s not” Spike replied. He spoke in a normal tone. No arrogance 或者 confidence. He was simply stating a fact.
“What makes 你 so sure of that?” Buffy scoffed.
“Because then I’d already be dead” Spike shrugged. Buffy tried to come up with a snarky comeback, find none and dropped her stake. She sank down on the grass.
“Crap” she pouted. Spike was right. She couldn’t kill him. It was ridiculous. Spike was a vampire, she was the slayer. Easy as that.
“Oh, don’t sweat it, love” Spike tried to comfort her. He sunk down on his knees and lay his hand on her shoulder as a consoling gesture.
“Get your hands off me!” Buffy hissed furious as she angrily pushed Spike’s hand away. She stood. “I don’t why you’re here and I don’t care. This city is big enough for the two of us, so stop stalking me!” She turned around and headed back to the entrance of the apartment.
Offended and also a bit hurt Spike picked up the stake. He walked up to Buffy, lifted the stake, but when he tried to stab her with it, someone attacked him from behind, covering his mouth and forcing him to come along.
Buffy turned around, alarmed 由 the struggling noises. There was no one. Buffy headed back to the spot she had tried to kill Spike and looked around.
“Spike!” she called.
天使 held his hand tightly against Spike’s mouth. “Ssshh” When they believed the danger of being overheard had passed 天使 removed his hand. “Are 你 out of your mind? What the hell are 你 thinking coming here?”
“Who died and made 你 king?” Spike asked annoyed. Why did he have to answer to everyone?
“You are bringing that thing straight to her” 天使 reproached sharply. “I’ve already 迷失 too many people. I can’t lose Buffy, too”
“But it’s okay if I die? Duly noted” Spike replied sarcastic.
“Just stay away from her. For her own safety” 天使 warned Spike. They heard a cough and simultaneously rotated their heads to find Buffy staring at them.
“Remember what I said” 天使 said. “I’m trusting you. 显示 me your worth it” A moment later he was gone.
“Mind telling me what that was about?” Buffy asked when her and Spike headed back to the apartment.
“Oh, nothing, just some chit chat between old pals” Spike answered avoiding.
“Uhu” Buffy nodded. “And about that thing you’re bringing straight to me?”
“Oh, 你 know” Spike shrugged. “The usual. Demons, vampires, yadayada”
“Right, of course. And why did 天使 talk about the people he lost? He sounded like he fears for my life”
“You know Angel. If he can’t be broody, he’s not happy…or some rubbish like that” Spike said, rolling his eyes.
They arrived at the apartment.
“Oh, well, I should be on my way now” Spike 说 and he turned around. As he did so Buffy’s tought were working full speed.
Spike had come to Rome, where Buffy was. If Buffy interpreted Angel’s words correctly Spike had brought something with him. Something that could jeopardize her life. There was something going on and both Spike and 天使 were involved in it. Buffy would involve herself.
“Hey, Spike!” she called him back. Spike turned around again and raised his eyebrows. “I have a spare room in my apartment. It would be a pity if no one used it”
brileyforever77 likes this
QueenCordelia Wow, it's really good.
HaleyDewit Thank you :)
QueenCordelia You're very welcome! Keep writing. :-)
HaleyDewit LOL, it would take an army to make me stop xD 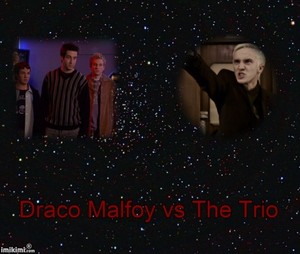 Draco Malfoy vs The Trio
added by FanFic_Girl_26 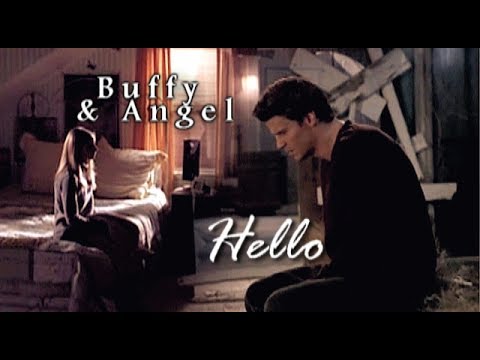 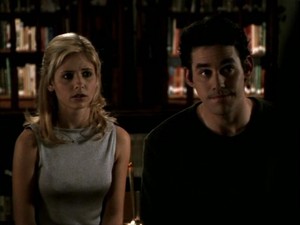 Buffy and Xander
added by RoseLovesJack 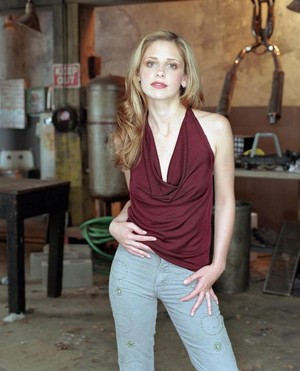 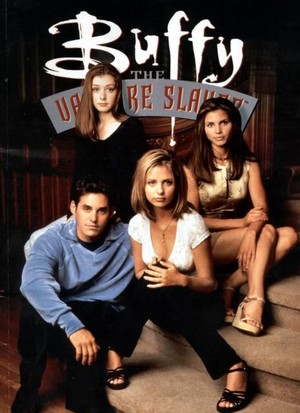 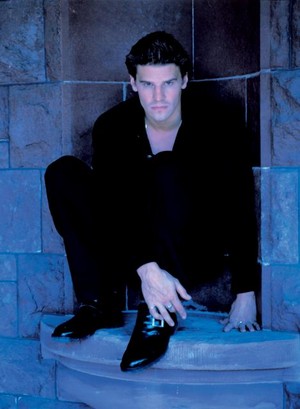 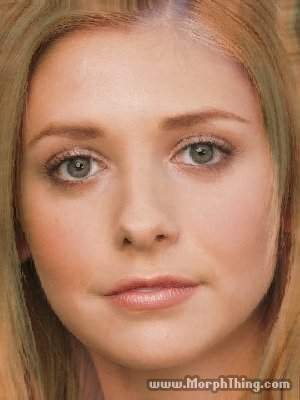 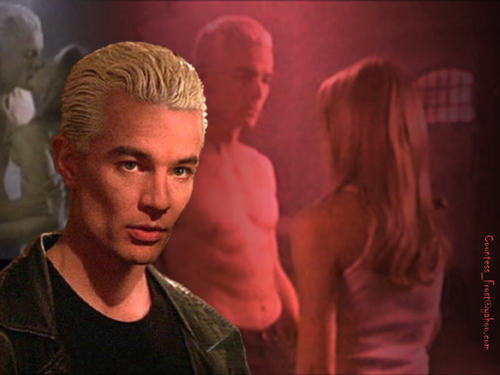 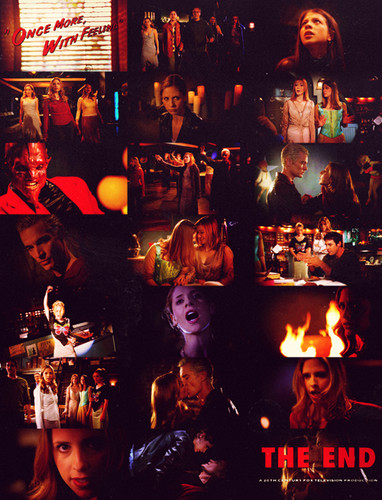 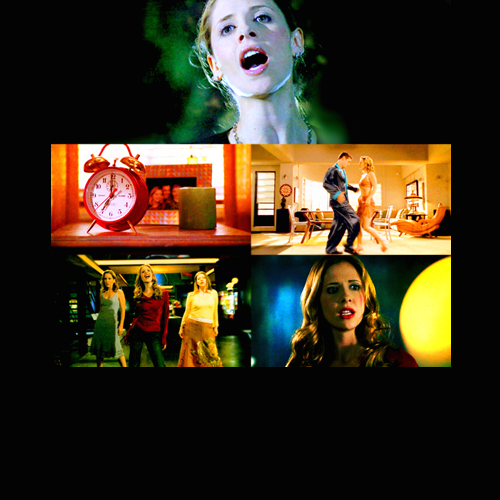 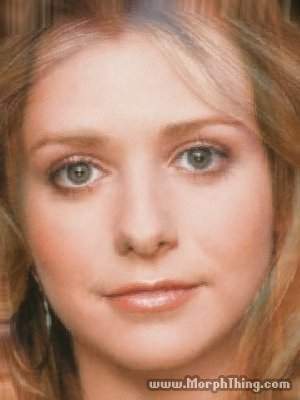 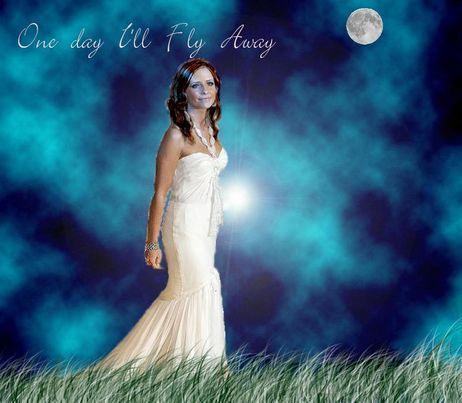 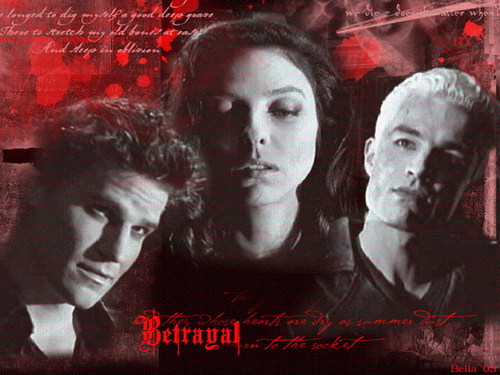 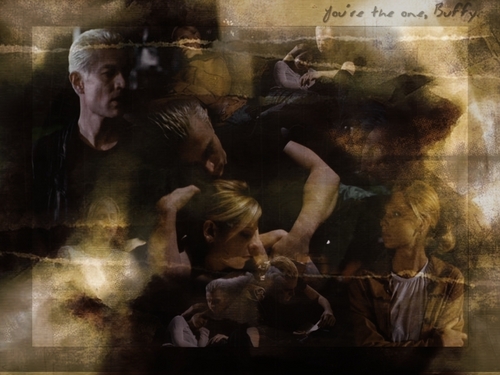 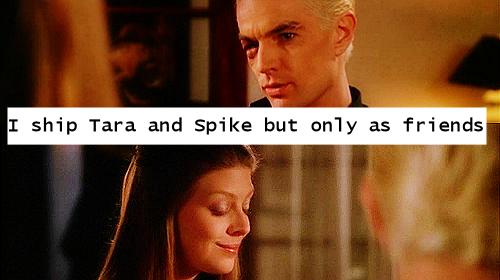