*Veronica: "Hey. Do 你 think this thing...will ever get 更多 normal?"
*Logan: "What, like, will we ever hang at the mall and hold hands and buy each other teddy bears with hearts that say 'I wuv 你 beary much?'"
*Veronica: "Yes. Exactly that. Except I want my 熊 won through some sort of demonstration of ring-tossing ability."
*Logan: "Secrets are kinda hot, too." [they kiss]

*Logan: "Hey, remember when we made out against the sink and 你 had your legs around my waist?"
*Veronica:...
continue reading...
2
Best Reasons to Ship LoVe
posted by alwaysforever
link

Reasons:
-Because their story was epic
-Because he only wants her
-Because no one writes songs about the ones that come easy
-Because he doesn't care if she's angry he cares if she's safe
-Because "secrets are kinda hot"
-Because he's always there if she needs anything
-Because he thinks she's cute when she's jealous
-Because "I really 爱情 you, Veronica"
-Because of the look that they shared at, at the end
-Because she's the only person he still care about
-Because she kissed him first
-Because true 爱情 found her at the 浓咖啡, 特浓咖啡 machine and it was Logan
-Because Veronica's the only one that can fill the hole in Logan's life
-Because he purposely went into jail after he found out that Mercer tried to hurt her so he could have payback
- Because they gave us all hope
7
First Times - A LoVe Fanfic
posted by tareva1451 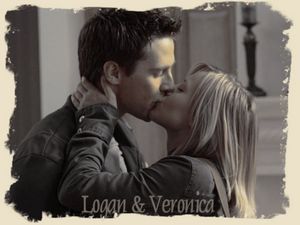 ** I did not write this fanfic .. just found on internet and wanted to share..

First Times
By: mojo
Rating: NC-17
Spoilers: up to 2.22 .The summer post season 2 finale.
Word count: 5170
Disclaimer: Unfortunatelly not mine,all belongs to RT.But I certainly wouldn't mind getting Logan as a b-day prezzie,with a bow on his.......ummm.....arm .
Coupling: LoVe, forever and for always.

There are first times for everything. First time 你 tie your shoelaces 由 yourself. First time 你 secretly put on mascara for school. First time 你 puke at some dance, cause nobody told 你 not to mix 啤酒 and wine.
There...
continue reading...
2
Veronica Mars Movie
posted by mrslanakostan
Ok we all know that Logan and Veronica are meant to be together (LoVe no shit sherlock) and that they're a new kind of style of Ross and Rachael (from the hit tv 显示 "Friends") But they cancelled the 显示 before we even found out what happened to the couple. But i do hold some info about the fourth season and what was going to happen in it.

Well, let's get right to the point, there's a movie of Veronica Mars that has been confirmed 由 Mr Rob Thomas (not the singer Rob Thomas the creator of Veronica Mars) now that movie holds all the 未回答的 questions. But here's the thing: Does Logan propose...
continue reading...
More Cards
1234567891011