6
The story never ends, it’s a happily ever after - Part 7
posted by sasie_katje88
Last one for today, because i'm going to 床, 床上 it was a very exhausted day/week :-) Enjoy and i'll be back tomorrow :D

It felt so long. I was just laying here, hearing different things. Till I heard something familiar, it was Edward’s voice.
“Bella, my love, I know 你 can hear me, please don’t leave me, please keep fighting for me, for Mason, for Renesmee and for everyone else. Please, 你 need to wake up.” I could hear his pain, his snobs.
I kind of panicked but still Edward’s voice worked soothing. I wanted to open my eyes but I still couldn’t, was I afraid to open my eyes, what was holding me back.
I started to hear Carlisle again
“Is she still not awake” he 说 concerned
“No” I heard Edward say sad and with snobs
“Alice, do 你 see something” Carlisle asked her now
“No, it’s dark, so dark” She sounded sad too

Now I panicked, I started fighting to open my eyes, I felt the pain rising up in my body again. I opened my eyes but I screamed of pain.
“Bella, Bella, what’s wrong” I heard Edward say in full panic between my screaming
I didn’t stop screaming of pain, it was like my body was on fire.
“Edward, 你 need to put your venom in her system again” I heard Carlisle say between my screaming.
“What” I heard Edward say
“Just do it” I heard Carlisle say strong
I felt Edward’s teeth in my neck but instead of feeling pain I was feeling sensation. The pain is was disappearing. I closed my eyes.
“Edward stop” I heard Carlisle say loud
“Bella open your eyes, open your eyes” I heard him say to me now. So I opened them gently and I saw Carlisle and Edward starring at me.
“Bella” Edward 说 slowly and careful.
“I’m okay” I 说 back but in a whisper and then he hugged me without any warning.
“I thought I 迷失 you” he 说 snobbing but still not letting go of me
“of course not, I wouldn’t leave 你 that easy” I started saying with snobs too “you shouldn’t snob, 你 are making me snob too”
He finally let go of me and starred into my eyes

“Bella, how are 你 feeling” Carlisle asked me friendly and doctorly
“I think I’m okay, I feel okay” I answered him back and I put myself a little 更多 straighter on the table.
“Are 你 sure, you’re okay” Edward asked me again worried
“Yes, I’m fine. What happened” I asked and looked at Edward
“What do 你 remember” Edward asked me gently and I noticed Alice and everyone else was walking into the room.
“Everything and the moment that Franco hold me tight and that I bite him. The pain that was going thru my body, Hearing your voice” I 说 looking at Edward “and then I could only hear noise but I tried to open my eyes 或者 移动 my body but I couldn’t” I looked at my hands that were laying on my legs.
Suddenly Edward’s hands grabbed mine and I looked at him.
“I 爱情 you” I 说 to him
“I know, I 爱情 你 too” he 说 back loveable and gave me a quick kiss.

“Where are the kids” I 说 worried
“Love, there fine, stop worrying about them” Edward 说 with his sweet voice
“You should get some rest, Bella” Carlisle 说 very firm
I nodded. I was feeling exhausted. Edward grabbed me from the 表 and carried me out of the medical room. I put my hands around his neck and laid my head on his chest. I closed my eyes for a while and then opened them, when we arrived in his old room.
He laid me on the 床, 床上 and crawled 下一个 to me and slapped his arms around me. I felt 安全 again so I closed my eyes again for a second.
“Where is Charlie? ………What happened to Franco” I 说 slowly
“Don’t worry about it yet, get some rest” Edward 说 strong
“I’m not going to rest before I know” I 说 back to him
“Fine, Charlie is fine, he’s downstairs and Franco... he got away” he 说 the last part very gently and slowly.
“Hmm” I 说 back with my eyes closed

I kept my eyes closed and just listened to Edward’s voice, he was humming my lullaby. It made me relax. I turned myself towards him and opened my eyes. He stopped humming and we both starred in each others eyes.
“I’m sorry that I scared you, I’m sorry that I ran away” I 说 with a guilty feeling
“Bella, don’t be sorry, I will always be scared just the thought of losing you, makes me terrified” he answered back gently and he gave me a 吻乐队（Kiss） on my forehead.
“I wanna go downstairs” I 说 strong but careful
“NO, Bella, 你 are going to rest” he started to sound angry
“Edward look at me, I’m fine. I just wanna go downstairs” I 说 begging to him
“NO, get some rest” he just 说 back strong
“You being stubborn and unrealistic” I 说 angry back at him
“I learned from the best” he answered back

I gave him a push and walked out of bed
“I’m sorry Bella, I shouldn’t have 说 that. I just want 你 to listen to me for a change, I almost 迷失 你 again” he 说 and he sounded sad and helpless.
I walked to the window and just starred true the woods, when I felt Edward’s arms around me and he rested his head on my shoulder.
“Don’t be afraid, we’ll find him before he finds you” He 说 trying to reassure me
I turned myself towards him and grabbed him 由 his waist with my head on his chest.
“I’m scared” I 说 to him while I was still holding him tight.
“I know, but were not leaving 你 out of our side.” He 说 back and I looked at him but still holding his waist.
“What are we going to do, if I need to hunt” I 说 curious
“Than were all going to hunt” he 说 looking at me smiling, I smiled back at him.
“Ready to go downstairs then” he 说 amused
“I never thought 你 would give in that easy” I answered back amused and I let go of his waist. Then sudden he grabbed my waist and kissed me on my lips.
“Why did 你 do that for” I 说 surprised
“I don’t know, perhaps because I 爱情 you” he 说 amused
“I 爱情 你 too and 你 know that” I 说 back and I grabbed his hand tight and we went downstairs.
bella_awesome, edwardcullen865 and 4 others like this
sami1002 i luv it
just_bella I'm so glad that bella's ok!!! THis is so addicting...just like your other one...horribly addicting!!
_madz_ just_bella is right, it is so, so, so addicting! i love it :)
Vampire-x its great. i need to know what happens lol ! Now !! Fabb xx
Arialexa90 Thank God they got there in time to save her form that dude. This such great story, can't wait for the next one.
kearu ADDICTING TO THE MAXXX!!!!!!!! 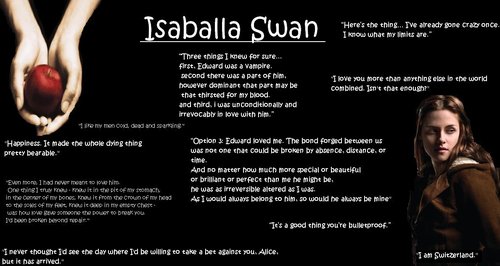 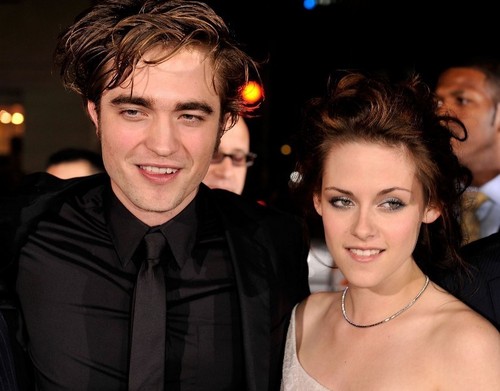