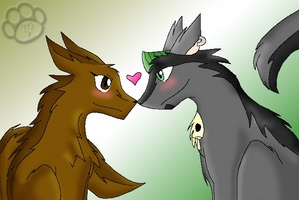 CxD
i woke up feeling groggy and tired. i was at the hospital, i noticed, but i didnt know why. then i heard voices.

'She wont remember you. she wont remember anyone.' one voice said. the other person was crying. i wondered who had forgotten everyone. i got up and found some clothes. i changed out of the hospital 袍, 礼服 and put them on. there was a black miniskirt and a tight dark purple tank 最佳, 返回页首 and a pair of black boots. i put my hair up in low pigtails. then i left the room.

'Courtney?' a woman with mocha coloured hair like me looked at me. she was crying.

'who's Courtney?' i asked, utterly confused. the woman began to cry harder. 'can i leave? i don't like hospitals.'

the doctor guy looked at the woman then nodded to me. i left and found myself wandering around an unfamiliar town. i ended up at a park so i sat on a 摇摆, 秋千 and let my mind wander. who was that woman? who am i? where am i? my thoughts were interrupted 由 a teenage boy with a green mohawk and a skull 衬衫 walking over with a smirk. he had georgeous 水鸭, 蓝绿色, 深青色 eyes.

'hey princess.' he smirked at me.

'youre not gonna tell me to get 迷失 或者 something?'

'you hate me' he replied. i just stared at him.

'ok. who are 你 and what have 你 done with Courtney Suescum?'

'who's Courtney Suescum?' i asked.

'no. i woke up in the hospital earlier today and some weird woman was outside the room i was in and she had hair exactly like mine and she was crying and she 说 courtney when i came out of the hospital room and - who are 你 anyways???' i asked.

'im Duncan Gignac.' the guy hit himself on the head the way people do when someone does something stupid. 'the woman is your mum.'

'oh... oops... i guess i should have stayed to find out about this place. where are we anyways and do i know 你 from somewhere? i swear ive seen 你 before and -' i 说 a bit too quickly.

'slow down. were in Gravenhurst, Ontario in Canada. and 你 do know me but i think 你 have amnesia because 你 dont remember.' duncan said.

'i dunno...' i muttered. duncan came over and hugged me. somehow, even though id just met him (well kinda) i felt i could trust him...

'c'mon. ill 显示 你 around.' i got on a bright green motorbike behind Duncan and we rode around.

'Courtney! You're OK!' a man walked out of a huge house. duncan put down the kickstand on the bike and helped me off. i clung to him.

'she has amnesia.' duncan told the man. what was he talking about? im perfectly fine. ive just never been here before.

'im trying to get her memory to come back but it doesnt work.' duncan explained. 'im sorry Mr. Suescum.'

'well... i guess... could she stay with you? i know 你 guys didnt get on well before but youre trying to help her so it cant do too much harm...' the man 说 sadly. 'my wife and i have to care for Lorraine, Cariba, Charlise and Laura as well as work so we dont really have time to be tourguides.'

'no problem. i wont let her out of my sight.' duncan said. the man raised an eyebrow. 'unless shes in the shower, going to the bathroom 或者 changing.' 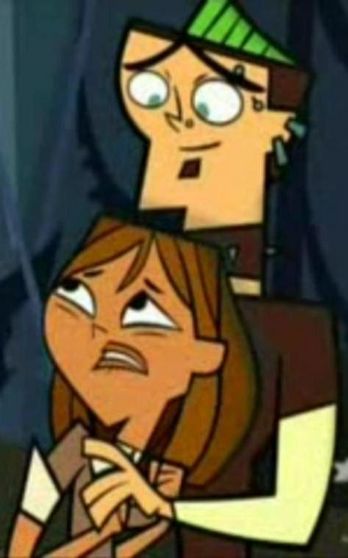 hahahaha i looooooove dat episode!!! now wut was it called? ... er... Oh! it's The Sucky Outdoors!!! lol
dXcFan14 More!!!! It was pwesome!!! ima give you a prop! :DDD
juviechick1339 thx! i'm writing the next. it's taking years to type it up though. it'll be here by thursday i hope. maybe sooner 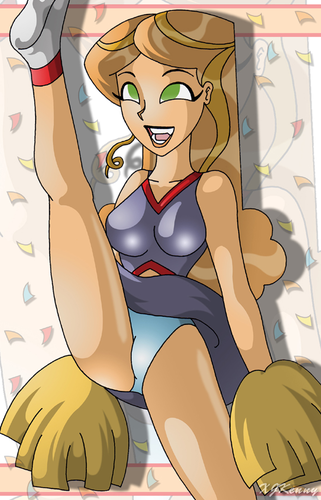 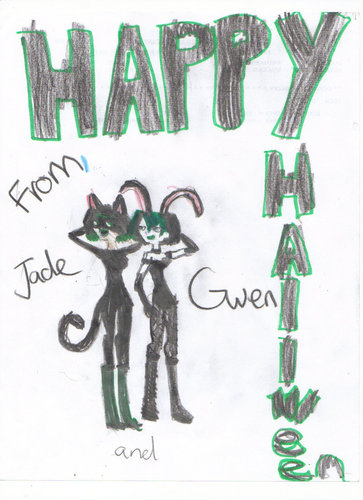 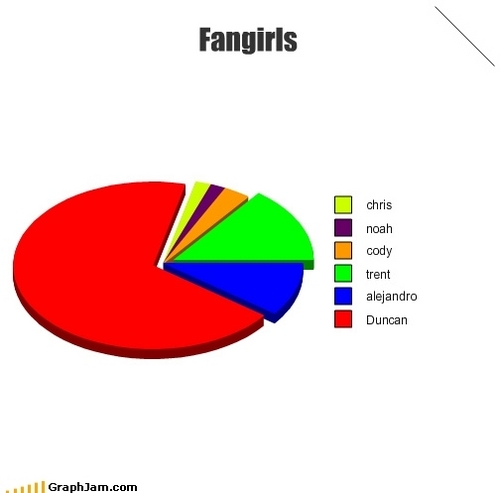 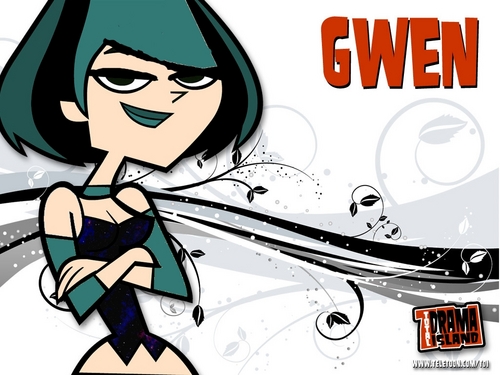 1
Gwen (i was bored)
added by DandC4evacute 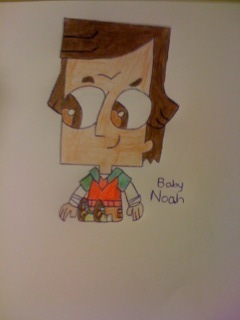 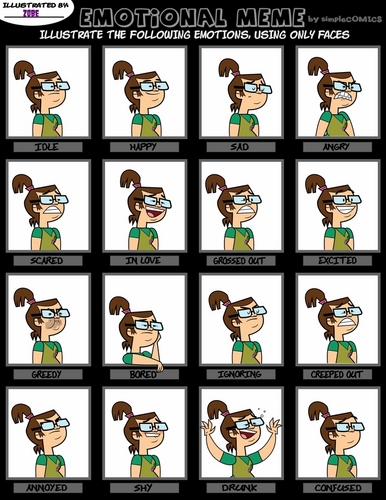 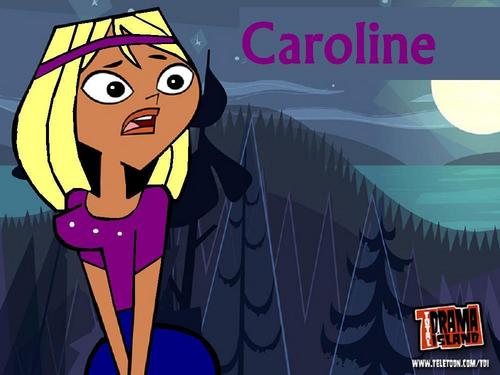 Caroline
added by sillybandfan321
2
Total Drama Reality Check! Episode 6 Part 1/2! "Total Drama's dumest 首页 videos"
posted by BridgexJordan
Chris: Last time on Total Drama Reality Check! Scare Tactics! In the episode me, Chef, and some of our interns scared the pee out of our 22 contestants... well it wasn't hard to scare Maylene. 讨好, 小鹿 unwrapped a new secret, and Chef unwrapped some bees for Team Real's boys. In the end, we ended up with a double elimination with Alice and Maylene sending them both home. Who will win? Who will laugh.. I mean lose. Find out right now, on Total... Drama... Reality Check!

(Team Real boy's trailer)
Cole: I can't believe Alice is gone.
Chilly: I can...
Cole: What did 你 say?!
Chilly: nothing......
continue reading...
1
ellen and her twin brother part 3
posted by gothemo1234
so far lots of drama and is duncan going to ask her something so SHUT THE FUCK UP AND WATCH!

ellen:hey gwen do u want to scare the crap out of everyone?

gwen:i have a plan lets make everyone go to a hunted house and lock the door and let them stay there

get me out of here

ellen:ok weres that dumb twin brother of mine

ellen:how did u know that?

gwen:oh i went 由 courtney's house duncan went in and he had a gun if him 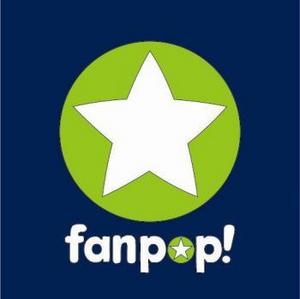 jared u will cook for the wedding

sumer u will choose what everybody wears

isabella u will be the manager for the whole wedding

natalie u will 设计 the wedding

dylan and andrea u will help anybody if they need help

come on raynie and gordon

nelly:2 the studio 4 the filming

下一个 part coming february 4th
4
Broken When I'm Lonesome part 3: Ticks and Rashes
posted by 7thGradeGenius
Courtney's POV: I got up from my 台, 办公桌 and grabbed a textbook from the back, much to my dismay that Duncan is so lazy.

"Here, I got your stupid book, happy now?" I narrowed my eyes and let out a loud groan as I sat down in the seat.

"Why 你 so glum, Princess?" He smirked and played with a little pocket knife. I scoffed.

"You should know." I glared at him. He held his palms up in surrender.

"Mr. Payne," Mrs. Adams stood in the front of the class with a ruler. "I will not tolerate such language as yours in this class. Shall 你 choose not to correctly...
continue reading...
2
Al Capone and Duncan Malone 由 katie4cheer chapter 8
posted by IDDfan
Courtney was in the bathroom, sitting on the closed toilet 座位 lid. Piles of soiled tissues laid in her lap, stained with black puddles of running mascara. Her high heels were laying on the floor. There was no point in wearing them anymore. Courtney sniffs and looks in the mirror.

So much for looking gorgeous, she thinks. Running mascara left black trails down her flushed cheeks. Her eyes were red and puffy. Her nose was running, and her hairline was wet with tears she had tried to wipe away but had only soaked into her hair. Courtney lets out a shaky breath as she re-lives what happened once...
continue reading...
2
Watch Girl [Part Two]
posted by Lolly4me2
"Sorry I'm late, Camille!" Sofie rushed into the butique and stood 由 her counter, which was stocked and filled with golden and silver watches.
"Sofia. Nice of 你 to 加入 us, today." Her boss 说 blandly, coating her words with her thick french accent. Sofie tugged at her gray 夹克 nervously.
"Yeah.. your welcome.."
A tingling sound of a 钟, 贝尔 rung throughout the room as the door clicked open, and two people looking around their 20's stepped inside. One had long black and brown hair, a blue-green top, brown 短裙, 裙子 and long white socks. The boy 下一个 to her had short brown and blonde hair and...
continue reading...
4
A 随意 Story Me (Random9747649) And duncanluvR Made (Story3)
posted by Random9747649
Once apon a time someone was killed, and the person murdered just happened to be....Justin...Who was killed at midnight by....Duncan and his poodle army... With Flippy, And Charlie the Unicorn... Duncan busted out his lighter and Flippy & Charlie... took Justin's kidney....Then Stewie showed up and...said "Hello Bitchez!!!!" The Duncan,Stewie & Master Shake did a secret handshake... that looked retarded.. While Trent put on a 香蕉 costume and sung "It's 花生 牛油, 黄油 果冻 time"... He looked totally normal....but..Sypro..and the poptart...got Mountain Dew and gave it to "Master Duncan"...Duncan drank it and choked while Harold pointed and laughed....Harold sayed "I just 爱情 being purple"... and then "Master Duncan" sang 你 Belong With Me!!!! But Trent died of 香蕉 Itis...And Duncan flipped... and did a cheerleader dance...THE END!!!
Total Drama TV episode 1 Hawaii part 2: Hide From Witch Mountain
posted by 7thGradeGenius 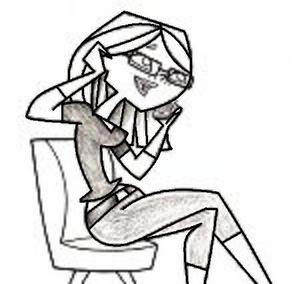 Later that afternoon outside the huts...

Chris: *to the contestants* OK, so this is how it's going to work. Your first challenge will take place up there. *points to the mountain* To win Invincibility, 你 have to make your way to the 最佳, 返回页首 of the mountain and find the key to the helicopter to get 你 the heck outta there.

Chris: Not necissarily, bro. 你 have to get to the 最佳, 返回页首 of the mountain-while dodging cyphids, flying rocks, and explosions.

Duncan/Jacki/Brittani: *snicker at the brunette dumbass*

Chris: Oh, you'll see. The cyphids...
continue reading...
3
Scars in the shadows part 5 and 6 (did i skip part 4?)
posted by bubblegum05
Staring straight into his eyes again before dawn hit, realized it wasn't Duncan.
I felt the cold air brush against my pale skin,thinking this should of never happened.We were inches away from each other,when i heard two screams pushing against my ears.

My best friend and the REAL duncan were yelling at me to run,my legs 《冰雪奇缘》 to the place,my eyes like a statue,she was pointing her 刀 at me again.My eyebrows were tilted down quite a bit.I finally ran like crazy and jumped into my best freind's boy freind's arms.She quickly hugged us,glad that i was probably going to be safe.I still a slit...
continue reading...
More Cards
1234567891011