2
Forbidden FINALE!!!
posted by florasedge31
The gas was very hard to see which made it so that no one could suspect anything. The crowd and the groom started yawning. After a few 秒 everyone fell asleep. The winx and Icy got up Lily walked down. They had a group hug (Minus Icy.)
"Thank 你 guys." Lily said.
"Now let's get out of here." Flora said.
"Goodbye." Icy 说 while transporting.
The winx and Lily started running out of the palace.
The guards on the outside of the palace saw the winx running.
"Hey that's the bride! Stop them!" One of them yelled while starting to chase the winx.
"Oh great now what?" Bloom asked.
Flora looked behind and saw a bunch of vine plants.
"Ah ha." She 说 to her self. She used her magic to make them stretch out and 包, 换行 the guards up.
"Nice Flora." Stella 说 while high fiving Flora.
The winx had assumed that the guards were stuck. But no one had thought if there were anymore guards.
Some 更多 had come out of the palace and started chasing them.
"Great what else can we do?" Stella said.
Lily was running and they were running past a woman that nearly looked exactly like her which gave Lily a great idea. She turned around and grabbed the lady's hand.
"I'm sorry but we need your help." Lily said. She ran to the front of the group.
"Guys follow me I have an idea." Lily said.
They all ran be hind some trees and shrubs that hid them from the guards that ran 由 them. Lily looked through the 衬套, 布什 to see if the coast was clear. She turned to the group.
"Okay who is ready, for a plan B?" Lily asked.
"I'm all ears." Bloom said.
"First, what's your name?" Lily asked.
"Chanelle, but my 老友记 call me Lily because I 爱情 picking them. What is the meaning of this?" The lady said.
"How ironic my name is Lily. Another question, do 你 like the king?" Lily asked.
"King Hunter? Why I 爱情 him. He's so nice to me I just wish I could see him more." Chanelle said.
"Would 你 want to marry him?" Lily asked.
"Of course. But he wold never take pity on me." Chanelle said.
"Well your in luck." Lily said. She waved her hand in the air. And the wedding outfit was on Chanelle and looked exactly like Lily. Lily was wearing a completely different outfit.
"You are now the bride now go run to the palace quickly I was told to deliver the message to you. Now go!" Lily 说 while pushing Chanelle out of the bushes.
"Thank you!" She yelled back while running.
"Phew I'm glad that worked." Lily 说 relieved.
"Yea now let's go." Stella 说 while opening a portal.
They walked through and were in their dorm at Alfea.
"Yes that nightmare is over." Lily said.
"I hope Hunter doesn't notice anything with Chanelle." Flora said.
"He won't he's too stupid to realize a thing." Musa said.
"Well I'm pooped, good night!" Stella 说 while walking in her room.
"We all need to sleep." Aisha said.
*They all went to sleep, Lily and Flora went to Lily's dorm... 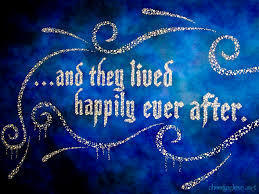 XxLalasaysxX and mei97 like this
florasedge31 Hope you liked it, the next story will be about Tecna and the first part of that should be out tonight!
Princess-Flora I LOVED it and cannot wait for your next article I will post more of Thinking back and We all have our secrets soon.
florajames Awsom
1
From one to the Other FINALE!!!
posted by florasedge31
*warning big cliffhanger at the end*

The winx and specialist walked into the house, Stella made a light orb because it was dark.
"If I were the trix and I had hostages where would i put them?" Bloom asked.
"I'd probably be in the basement." Aisha said.
"OK let's go." Stella 说 while walking down the stairs quietly."

~trix~
Icy looked over at Flora and saw that she wasn't moving. Icy walked on 最佳, 返回页首 of the tank and look Flora out of the water. She checked to see if Flora was breathing. When she got close Flora tried to push Icy off but she jumped up.
"Stupid pixie!" Icy yelled. Then she kicked her...
continue reading...
from one to the other part 4
posted by florasedge31 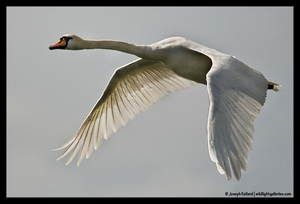 Flora flew out of the cave.
*READ 前一个 PARTS FIRST*

Flora had become a swan. The trix were laughing while they looked at Flora in 天鹅 form looking at her wings. Flora gasped in the process. Stormy walked over still giggling.
"Now that's pathetic." She 说 while plucking one of Flora's feathers, causing Flora to scream.

~The winx were near the cave and heard the scream.~

"What was that?" Stella asked.
"That sounded like Flora." Helia said.
"I think she's in that cave right there." Timmy said.
"C'mon then, let's go!" Aisha 说 starting to run in the cave. "Wait Aisha we need a strategy in case the trix are waiting for us."...
continue reading...
8
So Alone Chapter 2: Taking it In
posted by RoseYale
Chapter 2: Taking It In

I blinked repeatedly until I was able to clearly see the scene in front of me. My 老友记 were standing to the left of me. They were dirty and bloody but they were alright for the most part. I could feel a warm liquid on 最佳, 返回页首 of my head. I reached my hand up and pulled it away to find a dark red substance covering my hand. I gasped quietly and everyone's attention turned to me. I smiled sheepishly and Musa dropped to the ground at my side, hugging me tightly. When she pulled away I smiled tightly at her then looked at the others. "Where are...
continue reading...
5
So Alone - Chapter One: Shipwrecked
posted by RoseYale
Chapter 1: Shipwrecked

The small, cramped ship began to shake rapidly and violently, knocking me to the ground. The once bright white light that had filled the tiny 太空 flickered and went out, leaving us in complete darkness. A suddenly and fast drop made my stomach fill up with air. I heard multiply blood curling screams and it took me a 分钟 to realize that one of them was coming from my mouth.

I pulled my hand over my mouth and attempted to stand up but was unsuccessful. I glanced up to the digital monitor on the dash board on the ship. It was completely and totally...
continue reading...
1
Under the Sign of Winx Season1 Lyrics (English)
posted by ruxi23 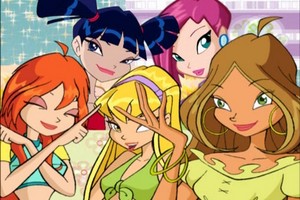 If 你 desire,
你 can become
One of our bunch

Winx
With a smile 你 can enchant,
You'll lighten up our world
With a feeling we can take flight, watch us!

If 你 desire
你 can become
One of our bunch

When I'm 云, 云计算 born
I fly through time and space
I color my existence with my imagination
With my flight in heaven

Winx
If your hand is warm in mine
It will give us greater power
With a feeling we'll be sure 火, 消防 winners

Winx
We're the new kids on the block
We're each other's dearest friends
With a feeling we can take flight, watch us!

Winx your magical
Winx and 你 roam through the stars

A powerful light 射线, 雷 under the sign of the Winx 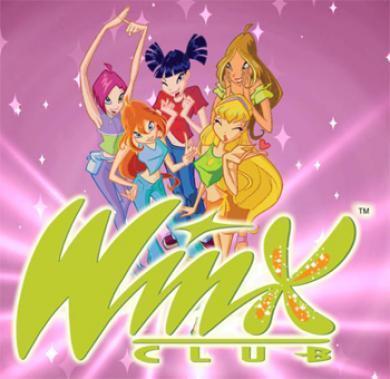 "Good Morning girls have enough sleep?" Ask Bloom as she yawns.She make some Hot Cofee for The Winx.
"No... I can get enough beauty sleep"Says Stella.Stella sleeps in the chair to get enough...
continue reading...
8
Magic & 老友记 pt. 6
posted by CyD12
the classes are over for the 日 and the girls are waiting outside Alfea for Faragonda to come...

Rosena: what do 你 think Faragonda will tell us to do?
Rani: maybe run 或者 practice some spells and attacks
Grizelda: girls Ms. Faragonda is waiting for 你 near the lake of the fortress of light. 你 should go there now! 你 dont want her to wait.
Ember: ok we are going!

AT THE LAKE OF THE FORTRESS OF LIGHT....

Izzy: we are here Ms. Faragonda
Faragonda: I was wondering when are 你 going to get here...
Nova: sorry... we didnt know 你 were here until Grizelda told us
Faragonda: well lets start....you will...
continue reading... 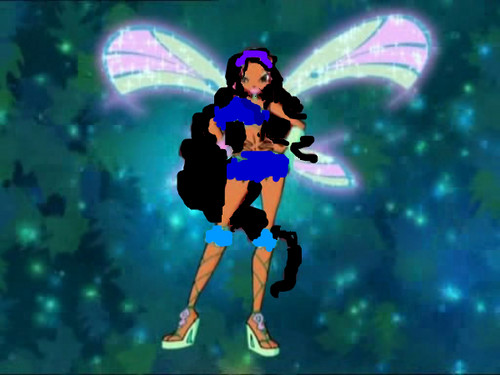 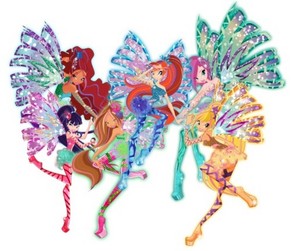 4
粉丝 made and 照片
added by gothangel14 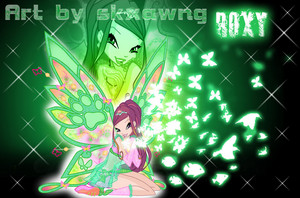 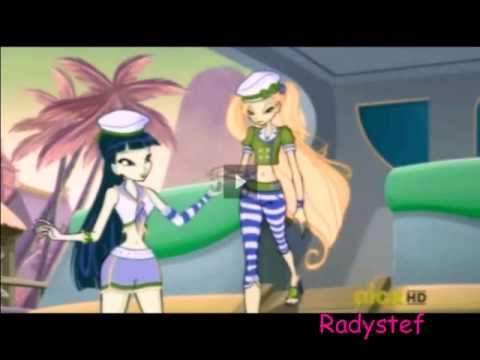 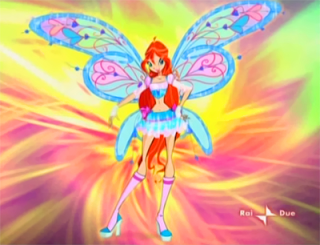 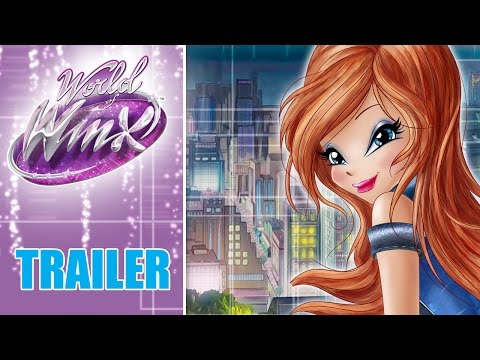 1
Winx Club - World of Winx Official Trailer
added by Avater13
The Winx are deep undercover on Earth, for the most 最佳, 返回页首 secret mission, and determined to save talented boys and girls in danger, along with an energetic host named Ace, they 星, 星级 in the talent reality 显示 "WOW"! - WinxClubEnglish
video
official
winx club 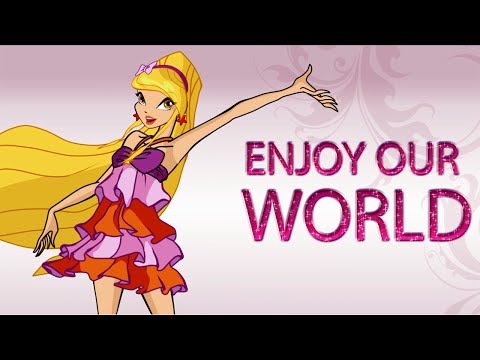 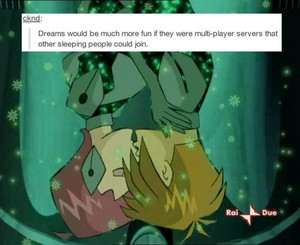