The writers and actors don't want those two to get together. In fact, they laugh at the 粉丝 that want them to. Which personally I find a bit rude, but I won't get into that. Anyway, their reasoning for them not getting together (at least right now) is "they have 更多 of a brother/sister relationship."

I'm sorry, but every time someone is trying to make an argument for why two people shouldn't be a couple, it's always either "they have no chemistry" 或者 "they have a brother/sister relationship." But I've never seen anyone deny Jane and Lisbon's chemistry, so I won't focus on that overused argument. So. Brother and sister, huh?

Because newsflash: Not all chemistry is romantic, but not all non-romantic chemistry is sibling like. I feel that people use the word "siblings" to try and make us think it'd be almost taboo if they got together, instead of actually 写作 them as siblings.

Which is what this entry is about. Not about whether Jane and Lisbon should be a couple 或者 not. Because quite frankly, it doesn't matter to me. I certianly wouldn't be opposed to it if it happened after Jane felt he had gotten his revenge over Red John. Until Red John is dead, I can't see Jane moving on from his 前一个 family. Even for the person who he clearly cares about the most of everyone still in this world. A few paragraphs down I get into when I would be okay with them getting together, but why I feel that way is also related to why they aren't in a brother/sister relationship, so just 熊 with me. Because I digress.

There is one huge reason that makes me not only believe that their relationship isn't that of siblings, but makes me uncomfortable hearing people speak of them that way. In my opinion, to have a brother/sister relationship, there has to be zero flirting. Raise your hand if 你 want to argue that Jane and Lisbon have never flirted. To any one raising your hands, re-watch season one. Because a good portion of those episodes have flirting in them. I'd like to see the writers 或者 actors deny that. And I'd like to ask them what they think of a brother and sister flirting with each other. If I had a brother and he made me blush on purpose (it'd be creepy enough if I actually blushed, 由 the way) 或者 a brother that wanted to know what my face felt like when I smiled, well, I'm sorry, I personally find that a little odd.

Here is what I think happened with that relationship: I really do think Lisbon was (and maybe is) attracted to Jane. In season one she has this huge crush on him, again, go back and watch. And he loves messing with her, riling her up; they really do (moreso in season one, but they still do) have this playful relationship between them.

Usually, when a pair of people start out with this playful flirting, it goes two ways. One, they develop romantic feelings and we either get a will they 或者 won't they couple 或者 they get together. Two, they form an incredible platonic bond that is just as strong as any relationship. And that is what happened with Jane and Lisbon. In another life, where Jane wasn't scarred 由 his past 或者 they weren't working together in situations that are sometimes life 或者 death, might they be together right now? Maybe. In fact, I'd say probably.

But this isn't that alternate universe life, this is this life, and I agree with the writers and actors that they shouldn't be together right now, but it's because Jane is still too in 爱情 with his wife and daughter and he hasn't gotten his closure, not because it'd be taboo.

I don't know if he'll ever get that closure, to be honest. And also being honest, I admire his faithfulness to his wife. "Til Death Do Us Part", to me, doesn't necessarily mean the marriage is over. If that person who has died is who 你 really were supposed to be with, I think the person left behind wouldn't marry again-not 由 choice, necessarily, but because they'd just never find someone they loved as much. And maybe Jane's deceased wife was The One for him and he can never care for Lisbon enough to get past that. But maybe he can. I really don't know and here is not the place to say. We already know that he'd kill for Lisbon, we know if he was dying he'd want to be able to say good-bye to her, and we know that his wife was similar to her (when he described his ideal woman on the videotape in season three).

But long story short, I think what is keeping Jane and Lisbon apart is their work and their pasts, specifically Jane's. Not because they have a brother-sister relationship. They 爱情 each other, not in a romantic way (yet?) and not in a sibling way, but in a "I'm a lot like you," way, and and in a "we've been to Hell and back together" way. How do 你 not bond with someone, how do 你 not 爱情 someone after that?

And there are different kinds of 爱情 just as there are different kinds of chemistry, but again, just because it's not romantic doesn't mean it's sibling. I 爱情 my roommates but it's definitely not romantic and I definitely don't think of them as siblings. They're my friends, and I 爱情 them that way. Jane and Lisbon, at least right now, are the same way. He is still mourning his wife and she's just being her tough-exterior self, but that does not make them siblings.

Because I'm sorry, but siblings do not flirt.
meepster12, totorsg and 12 others like this
DramaNut i completely agree. I hate people who think Lisbon and Jane are madly in love but are to scared to admit it. Please! that is such bull. i think they have a strong bond, but way to much flirting to just be a normal friendship. And defidently NOT a brother/sister relationship.
robothor11 Yeah, I wouldn't say they're in love-but like I said in the article, they do love each other and I think it's safe to say that Jane, with no living family he really cares for, cares for Lisbon the most of everyone living. But they are definitely really close and they flirt too much for it to be, like you say, a normal friendship, and certainly not brother and sister.
Lanny32 Perfectly expressed "robothor11"! I absolutely agree with what you said about their relationship!
robothor11 Thank you. :) And you may call me Marie. :)
Kaydie Very well written! What you said is totally true =D
linda092008 Yes you're completly right!
Jahzlynn This whole jisbon thing is making me so uncomfortable, I'm not good with words I don't know how to explain it, but in my mind I thought there was no way they'd ever get together. I don't know if this is related cognitive dissonance. Seeing Patrick Jane being all romantic and nice to Teresa wierds me out. The writers flipped the script. I wonder if anyone else feels the same. 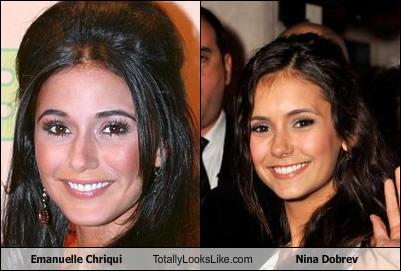 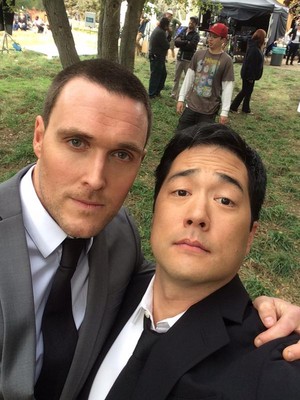 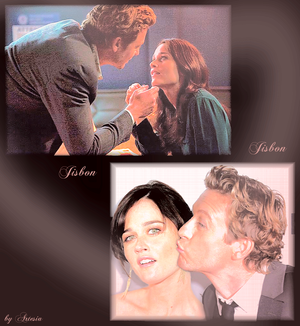 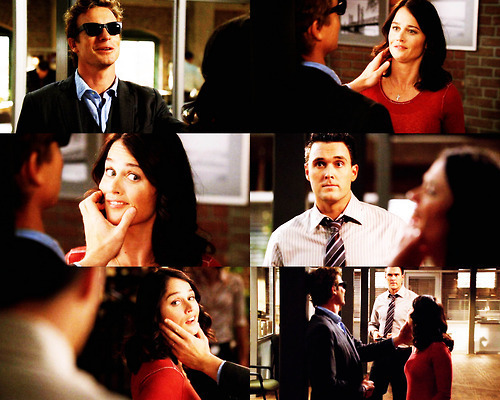 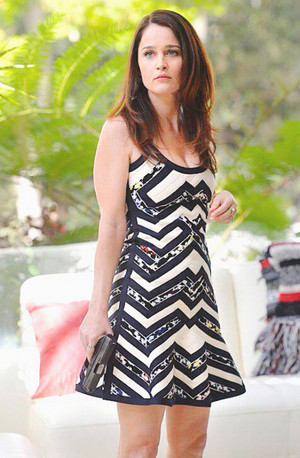 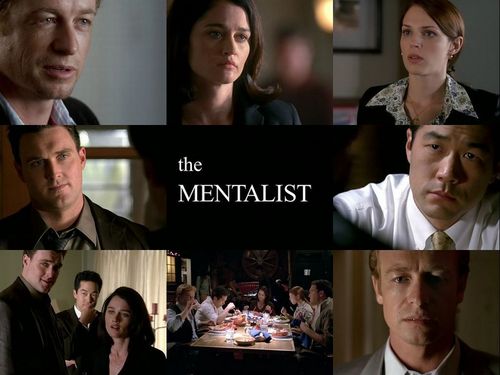 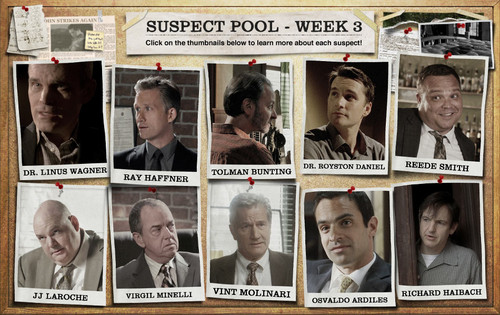 2
I miss them - Jisbon
added by Celina79 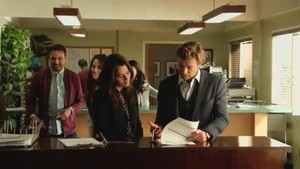 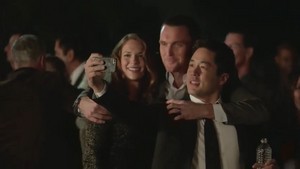 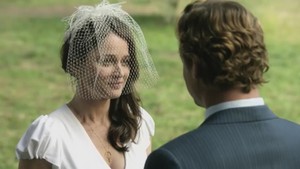 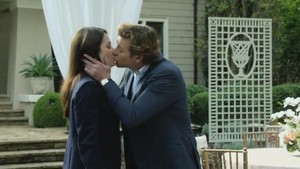 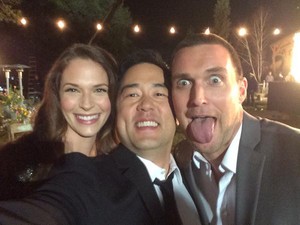 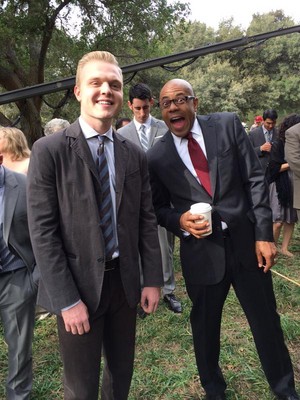 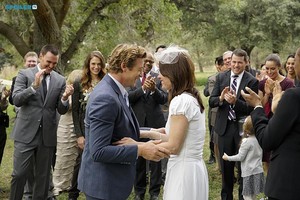 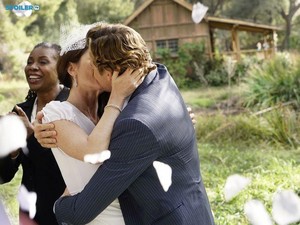