Conner’s temper gets the best of him, Oh no!
posted by RobinKF
One beautiful autumn 日 in Mount Justice, husbands, Nightwing & Kid Flash were making serious 爱情 to each other when suddenly, the boy’s raptor sense of smell kicked in, he smelled the air & immediately, the speedster knew that there was something wrong.

Kid Flash asked his lover,“ Nightwing...Cara Mia, what’s wrong?” Nightwing wrinkled his nose in disgust as he told his lover that he smelled something foul in the air, KF smelled it too.

but he also wrinkled his nose…both boys knew that foul smell anywhere: it was Speedy & Artemis’ 《绿箭侠》 polish, It had a smell that was so foul that they had to cover their noses.

They screamed,“ARTEMIS!!!! SPEEDY!!” but in the living room, the 2 busy archers heard their 老友记 scream their names, they rolled their eyes & went to see what was wrong.

they saw the young 爱人 were NOT HAPPY AT ALL!!! This was gonna be the scolding of a life-time, they just knew it!

they weren’t trying to go in for a scolding, but of course, both archers braced themselves for the scolding of a lifetime, Kid Flash told Artemis & Speedy,“Artemis, Speedy! 你 know we hate those 2 《绿箭侠》 polishes you’re using!”

but when they sniffed their bows & arrows, they realized that their 老友记 were right: the stuff did stink, Speedy said,“on 2nd thought, 你 guys are right, Phew…This stuff reeks!”
then they decided to change that nasty stuff out for some delicious strawberry-mango mix 《绿箭侠》 polish, it was perfect.

But they heard a frustrated groan, they saw Conner was trying hard not to lose his temper, but the young clone found it impossible to do…but Wing knew just how to calm him.

for he remembered a special method that Bruce had used when he had been a young boy & jealous of Aqualad: Bruce sang Betty Boop’s Poor 灰姑娘 song to calm him & it worked every time.

secretly he hoped that the song would work now, but when he walked up to his friend & asked,”Conner, what’s wrong?”

Conner 说 angrily,”it’s our leader! He’s so annoying! Grrr!!” the young clone felt Nightwing touch his shoulder gently, but he said,”don’t touch me!!!”

but suddenly, when he noticed that his eyes had welled up with tears, he regretted that he had 说 it immediately & knew that Wing was sensitive to these kinds of comments.

The clone was about to reach out, hug him & soothe him, but Nightwing repulsed him & sobbed through his tears,”no. leave me alone, if 你 don’t want me as your friend anymore Con…consider it done!”

then the 18 年 old former protégé of 蝙蝠侠 ran to his room, crying his 心 out & slammed his bedroom door.

everyone turned to face Superman’s son, the 2 archer cousins, Artemis & Speedy asked Conner in unison,”what’d 你 do Con that 你 made Wing so upset?”

the clone burst into tears & he told the archers through his tears,”leave me alone, please…I’m a monster!” Conner also ran to his bedroom sobbing & he slammed the bedroom door.

M’Gann & the other Young Justice Leaguers felt great distress coming from both Nightwing & Conner, knowing that they were greatly upset…she felt that someone needed to talk to them.

so she told Roy, then got out her phone & talked to Wally & told him all about what had happened: Wally told M’Gann that he would be right over.

But in the former protégé of Batman’s bedroom, Nightwing was crying into his pillow, but if tears started falling from his eyes, a rose petal fell…no one knew why.

but only the 18 年 old knew the secret of his rose: Bruce had 给 it to him for his 18th birthday many years ago.

but he looked at the beautiful 花 often before he went to school 或者 went to the Hall, but he loved to take his beautiful 着魔 rose with him to the Hall...that’s right, 你 heard me!

Nightwing’s rose was 着魔 由 a kind hearted sorceress, she had 给 it to Bruce to thank him for saving her life, but she had warned if somebody started crying, a rose petal would fall…

But Nightwing was crying now & when he shed 1 tear, a petal fell from his precious rose.

The 18 年 old Grayson looked up & saw the petal fall from his rose, the former protégé knew that he could forgive what Conner had done, suddenly, hearing sobs from 下一个 door, he went across to his friend’s room.

but when he took his rose across to Conner’s room, he heard Superboy crying, then he looked down at his 花 & noticed another petal was falling from his beautiful rose.
Then Nightwing headed back to his bedroom, feeling terrible for his friend & remembering what had happened.

Thank goodness that M’Gann had told those 2! The speedster & the archer went to the 2 boys’ bedrooms & knocked on the door.
Wally heard a voice say,”go away!” Wally said,”Wing, it’s Wally! 你 know…your husband who cares for 你 deeply & hates to see 你 like this?”

Nightwing 说 through his sniffles,”come in!” Wally entered his lover’s room & saw his Cara Mia sniffling & his tears streaked his face, but all the speedster knew was that Conner had burst in anger on him & made Poor Wing cry.

but he hated to see his husband like this, but seeing his husband so sad…made him so sad. & 1 little tear fell…

But Nightwing looked over to KF & noticed that a tear had fallen from his Mon Cheri’s cheek…he’d never seen KF sad like this before, he asked his lover why he was sad.

KF answered,”I’m sad because you’re so sad!” the former Boy Wonder was shocked: he was sad to see him so sad? Well, that was a shocker!

But meanwhile in Superboy’s room, Speedy was talking to Conner & the clone was so upset that he had taken out his bad temper on Nightwing…Poor Wing! He must’ve hated him 由 now.

but Speedy saw Conner’s sad expression & the dashing young nephew of Green 《绿箭侠》 felt so sad…seeing him so sad.

& 1 little tear fell…but in the former Boy Wonder’s room, Nightwing looked down & saw that yet again another petal had fallen from his 着魔 rose.

he sensed Speedy was 下一个 door in Conner’s room & that he had shed a single tear…then Nightwing headed to his friend’s room & knocked on the door.

Conner cried for the former Boy Wonder to come in & when he entered, Conner noticed that Wing had his rose with him.

the 2 boys noticed the 3rd boy was raising his rose up & 展示 it to them, they saw that 4 petals had fallen from his rose.

They knew that they had to do something, but first, they apologized to each other & finally, Nightwing smiled at Conner, hugged him & he 说 as they hugged,”friendship restored!”
but out in the living room, the Young Justice Leaguers wondered if sending in Wally & Roy had worked.

but after many hours, they thought it hadn’t worked, but suddenly, the door of Superboy’s room opened, they saw Roy & Wally came out: the 2 boys had big smiles on their faces.

Artemis started the conversation,”well?” M’Gann asked Roy & Wally,”how’d it go 你 2? Did they fix their friendship?”

the 2 boys’ smile grew even bigger! Then they looked at the other Young Justice Leaguers & nodded…Wally said,”I think those 2…” Roy added,”are getting along…” Wally continued,”just…” Roy finished,”…fine!”

suddenly, Nightwing & Conner came out of the room, both boys were joking & laughing & were having lots of fun…but best of all, they were getting along!


Nightwing told Conner,”hey Con! Eep asked me a 问题 the other 日 & she asked if that rooster was a 街, 街道 lamp, but Guess what I 说 to Eep when I saw her point to a rooster & asked me if the bird was a 街, 街道 lamp?”

Jason, Tim & Damian came into the room & seeing their older brother telling jokes to Conner & both boys were laughing, but the 3 brothers were happy that the 2 超能英雄 were 老友记 again.
the other Young Justice Leaguers were so happy that they celebrated their friends’ reconcile to each other.
RobinKF I ABSOLUTELY LOVE MY NEW STORIES!!!!!!! 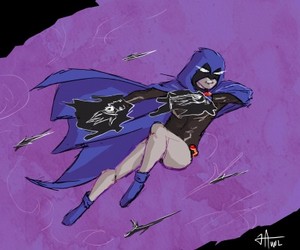 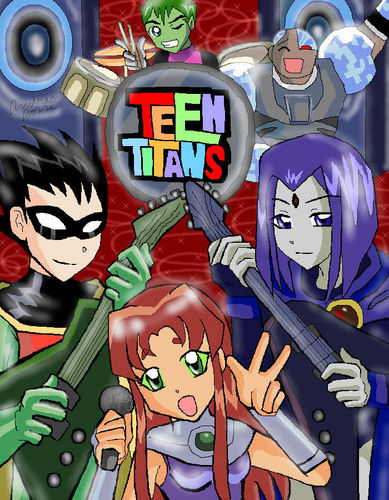 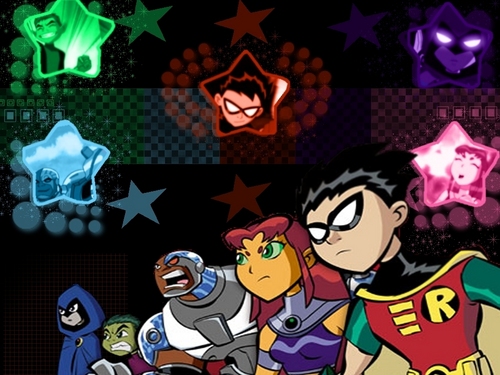 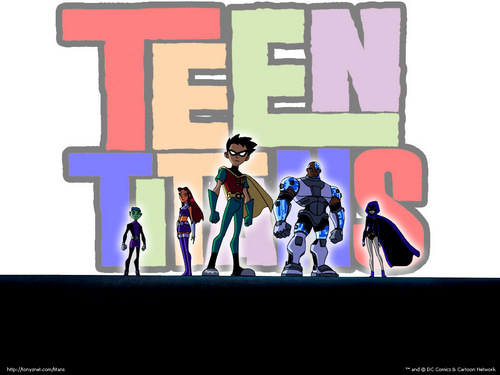 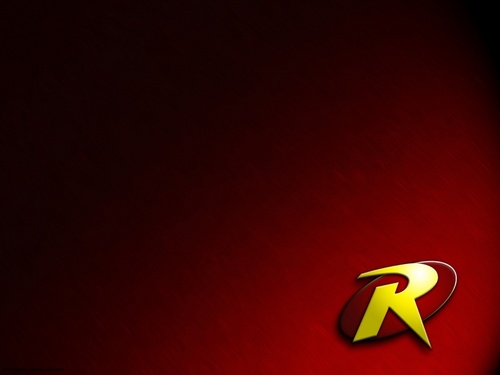 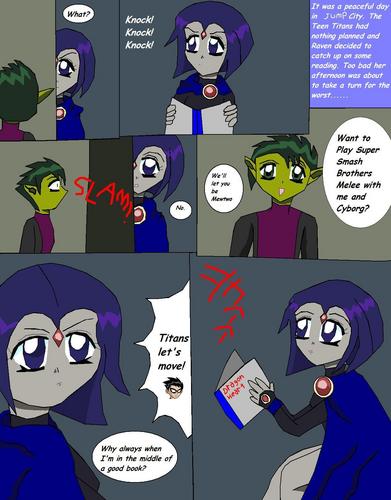 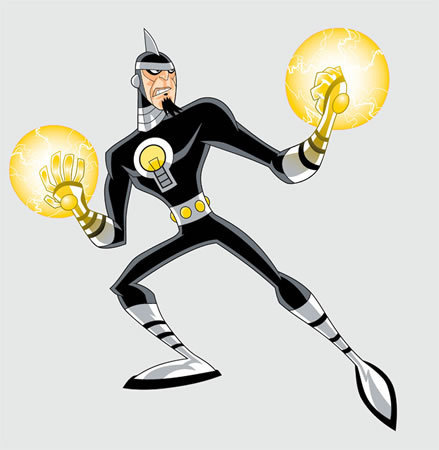 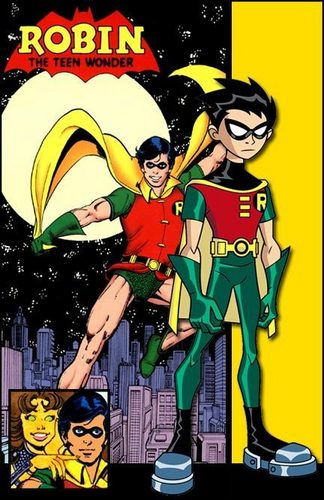 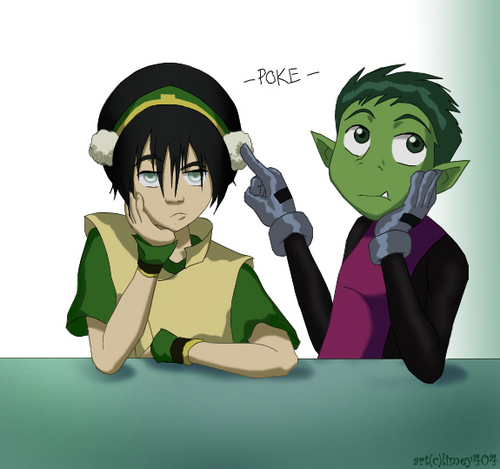 2
your just jealous coz I sound like a rockstar
added by surfingcamel
Source: deviantart 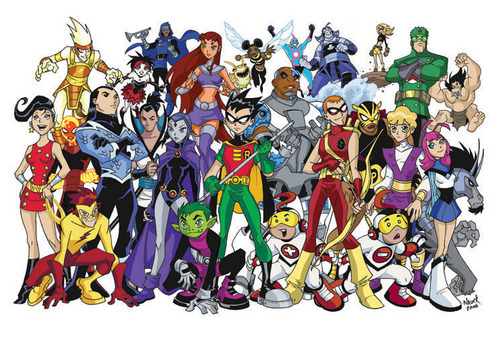 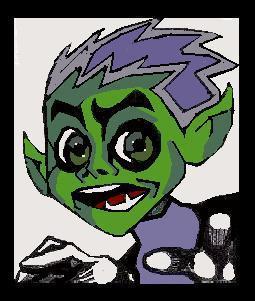 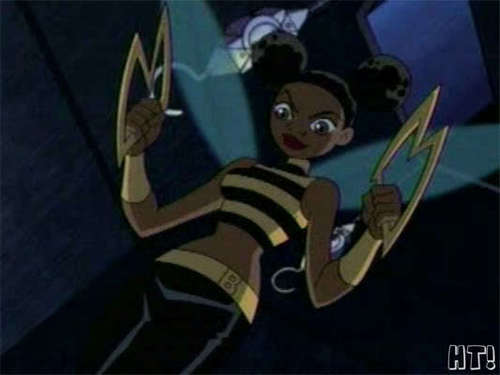 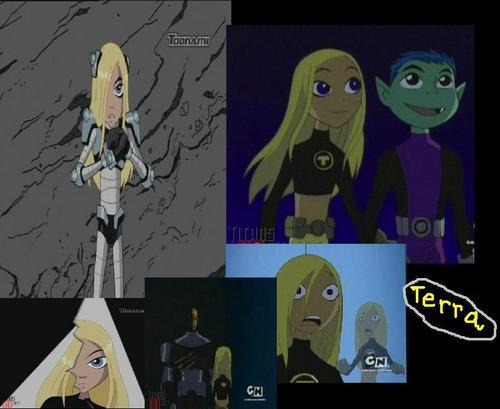 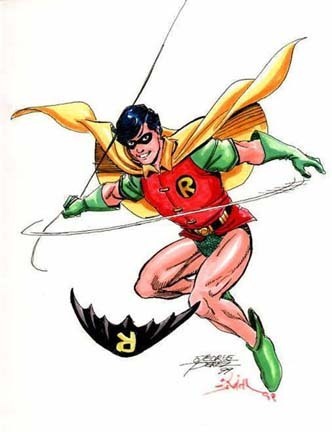 The staredown
added by RobinFan360 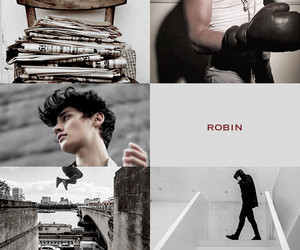