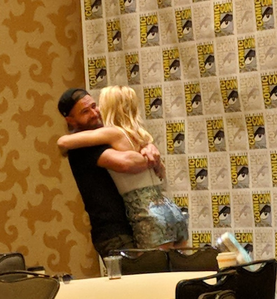 "Emily and I have always had a really nice chemistry. It’s so easy to work with her, so I think that Oliver and Felicity worked [from the start]. Scorecards don’t have pictures on them, so if 你 have something on a TV 显示 that’s working, 你 should write towards it."

- Stephen Amell on his and Emily Bett Rickards’ chemistry and why Olicity works.

- Stephen basically loves everything about Olicity and working with Emily.

"But obviously Oliver and Felicity come face to face in the premiere. And Emily [Bett Rickards] and I were joking about it, because our last scene that we shot last 年 is the scene where I tell her that I’m going to prison, and then I say goodbye to William. And then this scene, in the premiere, it’s sort of the same scene, insofar as it’s really, really emotional, and Emily and I were laughing afterwards, like, ‘can’t we just have a scene where they’re sitting around drinking coffee, and talking about their day, and not having to have these super emotional, tiring scenes?’"

"I think people have seen the 照片 of when we get the chance to interact, and I just thought her performance in that scene was up there 或者 even better than anything else that she has ever done on the show."

- Stephen Amell teases a fight scene for Felicity and a "bold" 《绿箭侠》 Season 7.

"If it ain’t broke don’t fix it. So, our December wine collaborator is Emily Bett Rickards. Pacific Coast 粉, 粉色 was a massive hit the first time… Emily, as she does, came on as a guest contributor and became an integral part of the process, as it happens, that’s what she does in life… So we can’t think of anything better than to be back in business with Emily, my very good friend, we’re very, very, excited."

- Stephen Amell & Drew Harding discuss the impact of Emily Bett Rickards and her collaborations with Nocking Point.
iceprincess7492 likes this 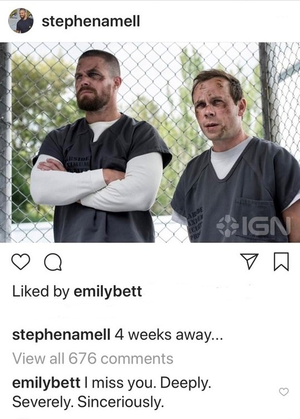 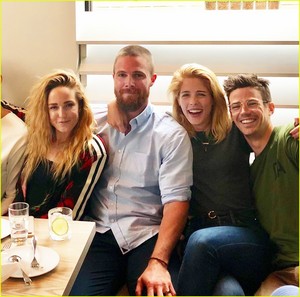 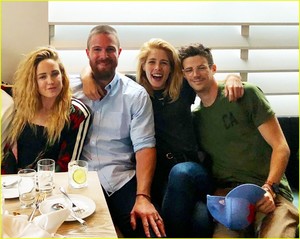 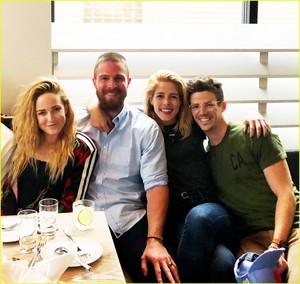 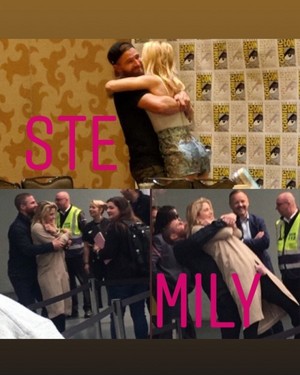 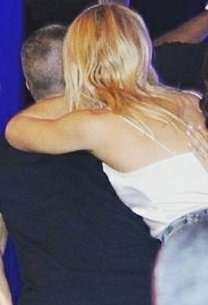 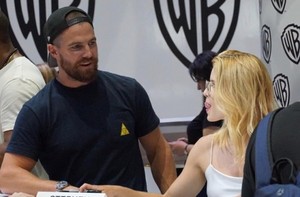 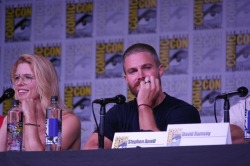 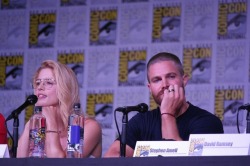 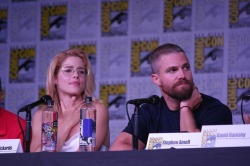 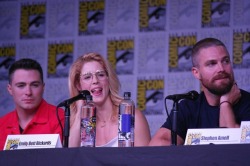 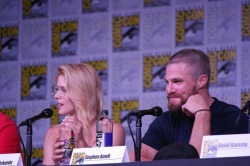 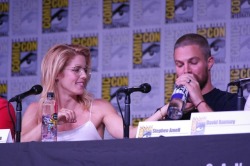 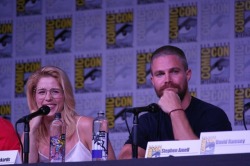