The Sinis Trio: Lavana, Heath, and Ice.
Gosh, I'm never going to find my life's calling. I just got here in Almia, and I just realized, why did I come here anyway? Team Rocket is disbanded, so I'm bored... it's a shame that that kid, Ash, defeated Giovanni. Now I'm here, but it's SO boring! I had no idea Pueltown was such a quiet place. I could go Pokemon poaching in Vien Forest... But the Pokemon are 表演 so weird... Wait, someone's at the door. Be right back.
"Yes?"
"Hello. Is your name Fianna?"
"Ummm... yes..."
"Good. My name is Ice. I am part of the Sinis Trio, the 最佳, 返回页首 of the ranks in Team Dim Sun."
"Um, what's Team Dim Sun?"
"I thought 你 would ask that. We are a group of people with our aim being domination over all of Almia. We have heard of your actions in the Johto branch of the Rockets. We would like to make 你 the fourth member of the Sinis Trio. The boss, Lavana, Heath, and I have been waiting for you. Please 加入 us."
An evil team, yes! Finally!
"Sure!"
"Wise decision. Now, come with me to the Altru Tower."
"Um, okay..."
"By the way, you're going to need this. It's a Miniremo unit. 你 can use it to control Pokemon."
"Awesome!"
"Here, I'll get a helicopter to pick us up."

Later, at the Altru Building...

"Okay, this is Lavana and Heath." Ice said.
"Ahhh, FINALLY!!! Another girl!!!" Lavana shouted.
"I is Heath. Nice to meet, yes?" Heath greeted.
"Here is where 你 will be based. 你 will protect the green Circuit Ball. We see 你 collect legendary items." Ice inferred.
"Yes. I own a 彩虹 Wing, a Dragon Claw, an Azure Flute..." I mentioned.
They all stared at me, wide-eyed. "You can summon Arceus?!?!?" Ice asked amazedely.
"Uh, yeah, I guess so." I replied.
"Could 你 summon Arceus now?" Ice asked.
"Yeah, and kill us all!" I yelled.
"Hmmm... well then. That's a shame. Give me the flute." Ice ordered.
"No way!" I yelled.
He grabbed it from me. He blew the whistle.
Stupid.
"You idiot! We're going to die now!!!"
We didn't die.
Arceus appeared. Along with him came Darkrai.
Blake Hall entered at that moment.
"WHAT ARE 你 DOING WITH MY DARKRAI?!?!?!"
"Ice blew the Azure Flute!" Lavana yelped over the noise.
"And who is this?" Blake asked.
"This is Fianna!" Ice screamed.
"HI!" I shouted. "But I can do something..."
They all stared at me as I channeled my heart. Arceus turned and nodded at me as he went up and in a flash of light, he was gone.
They were in awe.
"What did 你 do?" Blake asked.
"I can channel the hearts of Pokemon using aura." I 说 as Darkrai descended back below the earth.
"Amazing. I am making 你 the leader of the Sinis Trio... I mean, Quad," Blake said.
"But... boss..." Ice stammered.
"That's enough. Fianna, come with me." Blake beckoned.
I followed along after Blake. He started to explain things...
"This Altru building is actually a machine, that when reached full power, will control all Pokemon in Almia!!! But 你 have to watch out. There are 最佳, 返回页首 Rangers trying to foil our plan. Watch out for a Ranger named Kate, she will be inside the building, trying to defeat us. Be looking about. I will need your help summoning Arceus again. If this is successful, we will rule the world..."
"But..." I wondered.
"Come on. It's almost midnight. We need to go to the top." Blake beckoned.
"Okay, then..." I followed, suspicious.

"Ha, Ranger Kate! We now rule all Pokemon in Almia!!!! But, before I do anything rash... Fianna, would 你 do the honors?"
I reached for the Azure Flute, but I hesitated.
"Fianna, come on!" Blake shouted.
"... NO! THIS IS WRONG! ALL OF IT! ALL OF IT!!!!!!!!!!!!!!!!"
I tightly gripped the Azure Flute, then threw it to the ground. It shattered into pieces.
"NO!!! WHAT ARE 你 DOING?!?!?!" Blake bellowed.
"Going to the bright side." I 说 calmly.
Suddenly, a flash of lightning ripped the clouds in two. The wind started swirling round and round. Arceus and Darkrai were descending again!!! But, why?!?!
Arceus was outraged. At ME. I managed to keep him at 湾 with my powers, but he was in pain. Blake used the machine's power to control Darkrai.
"THIS IS WHAT 你 GET FOR CROSSING ME!!!" Blake shouted.
Darkrai began pulling me and Kate into the shadows. Crap, we're dead, I thought. But, I'm still alive. WHY?!?!?!

A boy swooped in on a Staraptor and grabbed Kate as she took me with her.

He dropped Kate and I back down safely. "Kate, who's this?" the boy asked.
"Keith, this is Fianna, she was with Team Dim Sun, but she helped me and came to the good side. Get her back to base, quickly! I'll stay here and defeat these creeps." Kate explained.
"Gotcha," Keith replied. "Good luck!"

Back at the Ranger Union Base...

"Chairperson Erma, this girl, Fianna, was part of Team Dim Sun, but helped Kate with her mission. She's good now!" Keith explained.
"Well, that's great! Dear, you're free to go," Erma told me.
I left and realized I didn't want to be evil. I want to be a channeler and bring the Pokemon world to peace, they way it should have been in the first place.
neru_akita likes this
K5-HOWL fucking awesome
twilightrox43 thanks!!!!!!!! hehehe
animegrl52p This is great!
neru_akita Nice! 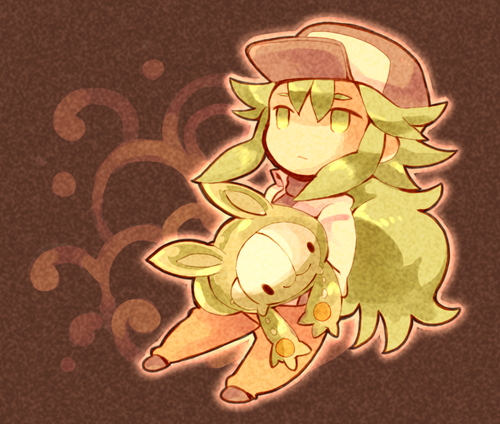 2
Lord N
added by pumpkinqueen
Source: photobucket
3
最佳, 返回页首 10 Pokemon that should have a different gender ratio
posted by Pokegal4life
#10- Manaphy. The reason is because Manaphy's nickname is "Prince of the sea" suggesting that Manaphy is male, so I believe the gender ratio for Manaphy should be 100% male.

#9- Numerous Fighting-type Pokémon. It's just so hard me to picture Fighting-type 神奇宝贝 as female because they look so masculine. However there are some exceptions such as Scraggy, Heracross, Meditite, Medicham,, and Mega Loppunny to name a few, but for the most part I think most Fighting-types should be 100% male. 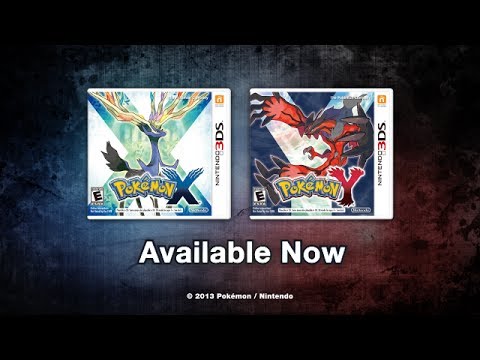 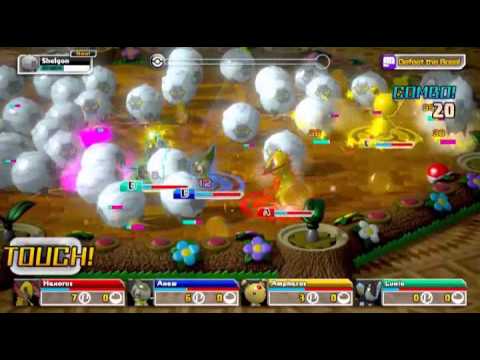 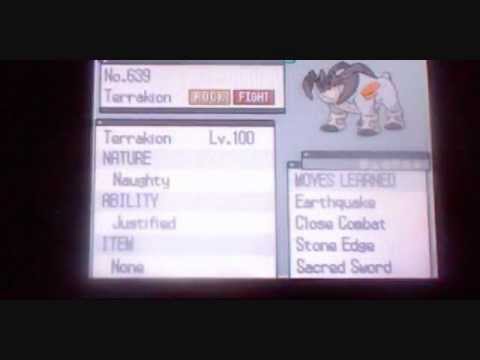 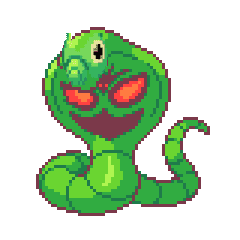 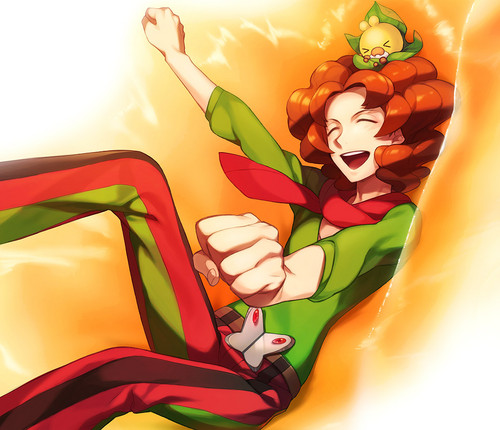 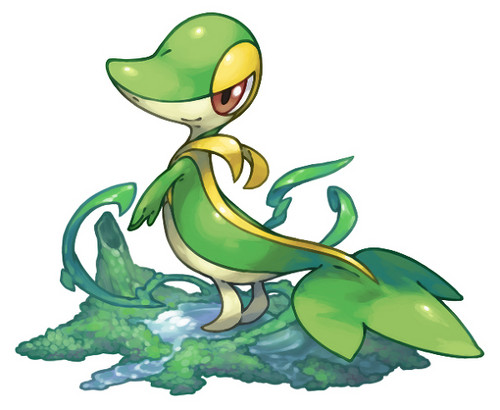 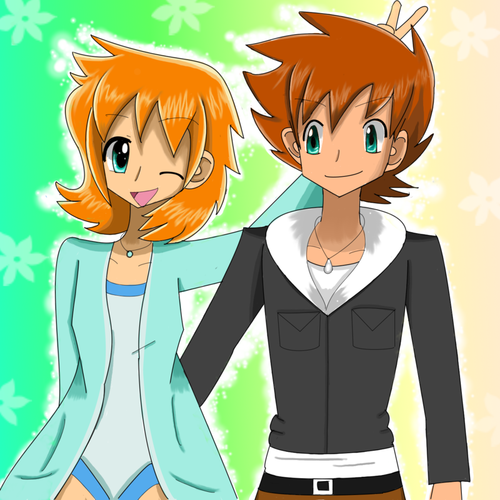 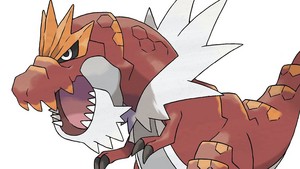 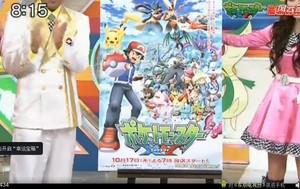 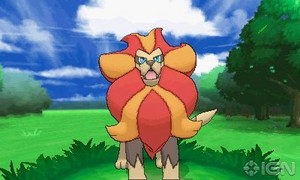 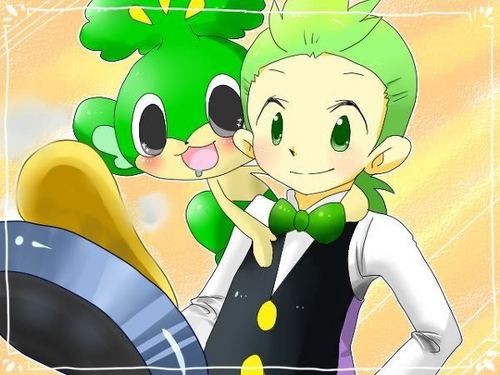