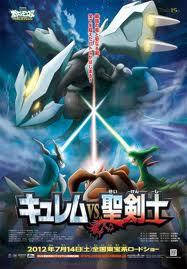 The new 15th Pokemon Movie (Pokemon: Kyurem vs the Sacred Swordsman) was revealed on a Pokemon Sunday episode (at least that is what I assume since it looked like Pokemon Sunday) and is expected to be released in 日本 theaters July 14, 2012. Currently, there is not much info on the new movie, but a teaser trailer was released on youtobe 展示 Ash entering a town and discovers, to his surprise, the Legendary Musketeer Pokemons, Cobalion, Terrakion, and Virizion standing a 最佳, 返回页首 a cliff. Suddenly, a hail storm occurs and crashes into the town and almost kills Ash. The screen then turns to Kyurem, 展示 off it's power to control Ice, and then the title, Pokemon: Kyurem vs the Sacred Swordsman, appears on screen.

What do 你 think? 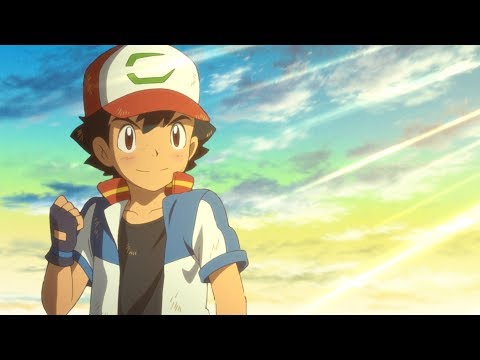 POKÉMON THE MOVIE: I CHOOSE 你 - LATEST PROMO VIDEO
added by MisterH
video
1
Any replacement for Misty has to be REJECTED!
posted by MisterH
Taken from Petition Spot for those who disliked May 或者 Dawn replacing Misty & yuo all really just want her back on the cast & not rendered a minor character, now who's with me:
We, the 粉丝 of the 日本动漫 显示 known as "Pokemon", humbly request to the Writers and the Producers of the 显示 in 日本 to allow the character Misty (Kasumi) to be again one of the main characters of the show.