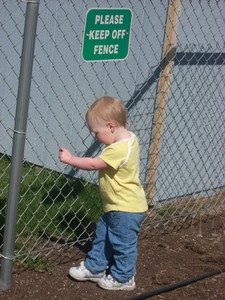 We all know kids do funny things here are the 最佳, 返回页首 ten I have heard. Just to preface this a little my son is 9 months old and my daughter is two.

1. One of the funniest things I have seen was when my son was less than a 月 old. I was at Walmart with my grandma, her husband, my daughter, and my son and my grandma was buying a 婴儿床 and some accessories for my son's room. While we were 下载 everything into the 大车, 购物车 my grandma looked at my sleeping son and said, "Now 你 aren't getting anything else for Christmas." And without missing a beat my son opened his eyes and let out this hysterical cry. We both started laughing, shocked 由 his timing. My grandma proceeded to apologize 由 telling him that she was only joking. Just after the words left her lips, my son stopped crying, shut his eyes, and fell back asleep.

2. One 日 when my sister was about 3 或者 4 she was in the bathroom with the door closed. Everything seemed normal until my mom heard 唱歌 coming from the bathroom. My mom was curious so she walked over to the bathroom and opened the door. There she found my sister standing in front of the toilet singing, "I'm wishing." and then putting her hand to her ear and leaning her ear down to the toliet and singing, "I'm wishing." Then singing, "For the one I 爱情 to find me." Like the song Snow White sings into the wishing well. Too much Snow White anyone???

3. This story is one that my mom told me about one of her 老友记 who is also a grandma. Her friend as babysitting one of her grandchildren who was about 7-8 months old. While they were sitting on the 长椅, 沙发 cuddling a the baby kept pointing at her grandmothers boobs and so the grandma said, "Boob." The baby repeated her saying, "Boob." This was her first word. The grandma was so embarassed she never told the mom.

4. My 老友记 son had just turned two and they had decided to start teaching him about the different kinds of cars there are. It was funny because everytime he 说 big trucks it sounded like big c***s (slang term for the male reproductive organ). As they were getting out of the car at the store one 日 the little boy points at a truck and says in a very loud voice, "I want big trucks." which sounded like, " I want big c***s." Needless to say the parents were very embarassed.

5. About 6 months 以前 my daughter was having a really bad night, so we gave her a pack of 水果 snacks to cheer her up. She had been crying, but when she saw the 水果 snacks she immediantly reached up for them saying,"Pease." which in Shaylie language means please. We gave them to her and as she was eating the last one I said, "All gone." She looks at the bag and says something that resembles, "Ah, f*#k." and bursts into tears. My husband and I laughed about that all night. She has never heard that word before so it must have been just babbling....lol

6. When we were little my family and I were sitting at the 表 eating dinner. My mom noticed that my sister was taking her peas and pealing the skin off of them. When my mom asked her what she was doing she said, " I don't like the wrappers."

7. One 日 when my sister and I were little we were watching a movie with my mom. At the end my sister looked at us and said, "I knew that was going to happen. I must be psycho." She get teased about that one to this day.

8. Here's a good one. My mom was saying that I was getting what I deserved when my daughter was being naughty. I said, "No she's better than I deserve. She's an angel." And my daughter says, "No mommy I'm naughty."

9. Ok, one 更多 about my sister. One night we were sitting at the 表 eating and my sister got full, so she picked the pancake up off her plate and said, "Does anyone want this? I didn't touch it."

10. About 6 months 以前 my daughter put her 秒 set of three words together. We have this children's book that we read to her called Goodnight Moon. As I am 阅读 the part where it says, "Goodnight moon." my daughter says, "Night night spoon." 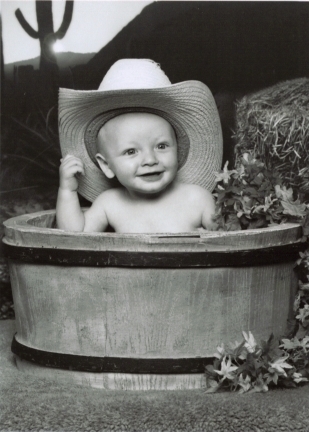 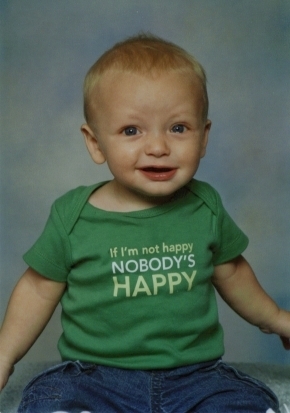 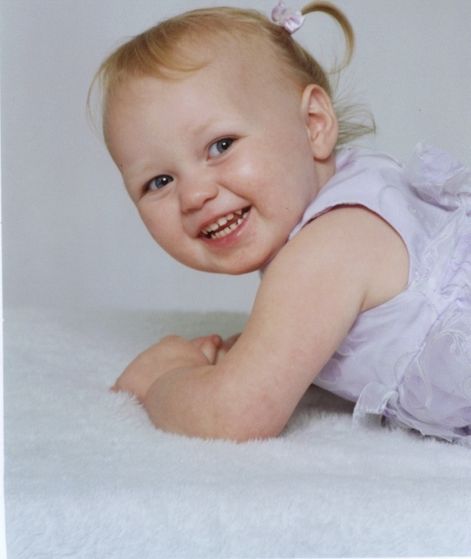 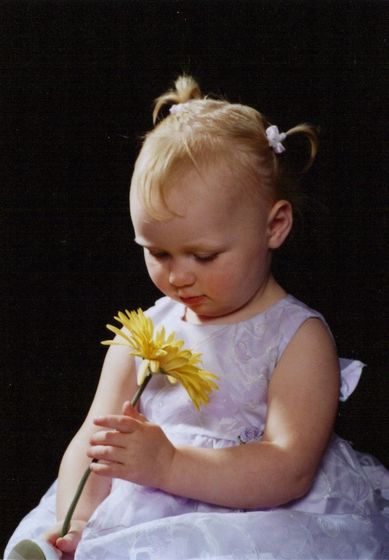 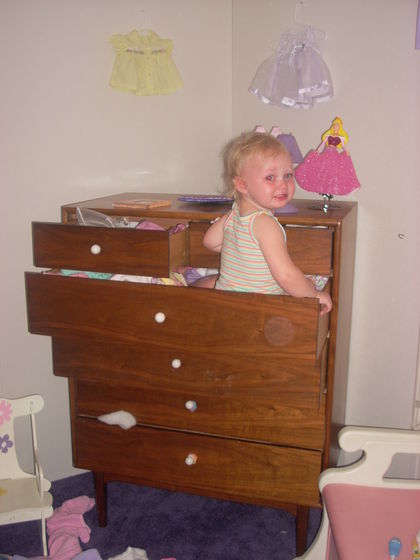 Lovetreehill, tubby2002 and 21 others like this
ali22 I absolutely love this! Your kids are soooo gorgeous! :) And your stories were fun!
kathiria82 Awesome! God bless your children, they are so beautiful!
johnminh Awesome stories! You are such a good and funny parent!
Temptasia Awww.. thanks guys!
Nav Wow, gorgeous kids! I like the "nobody's happy" shirt :) Funny stories as well...
FGFan funny stories!
papa Hey these are so cute! I love cute kid stories (as I have 2 of my own). That first year of life though, is soooo tough. Hats off to you, supermom!
ThinkPink20 Awww! Your kid stories are so cute!! So are your kids! My favorite story is #2. Toilet.... wishing well.... who cares? You can throw stuff down both of them! :D
idahovandalfan Good stuff....I remember you telling me a lot of these in person. And yes, you do make beautiful children. :) 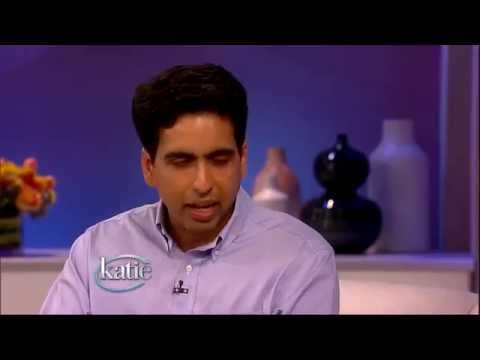 What Is the Khan Academy & Why Is It Revolutionary?
added by makintosh
Help your kids through maths and 更多
video
parenting
school
learning
maths 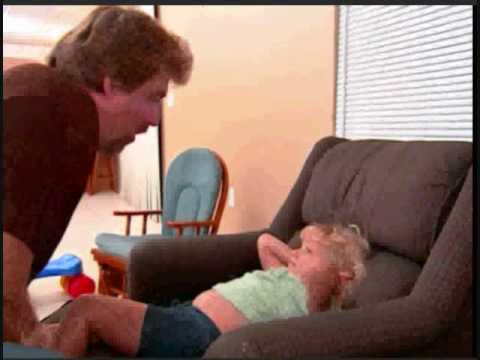 The Correct Way To Time Out!
added by Tigressfan10689
video 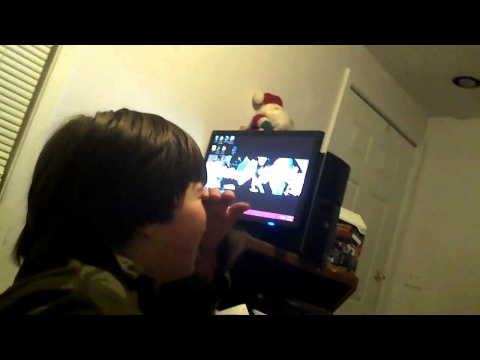 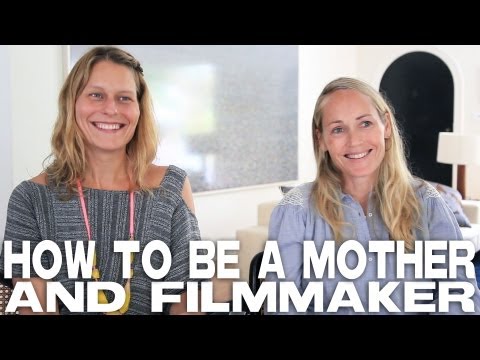 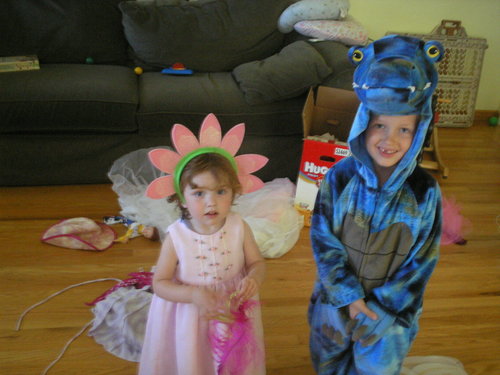 2
My Son says "Ta Duh" 展示 off for the camera
added by Temptasia
This is my 最喜爱的 word he says.
video
temptasia
son. ta duh
swingset
slide
cute 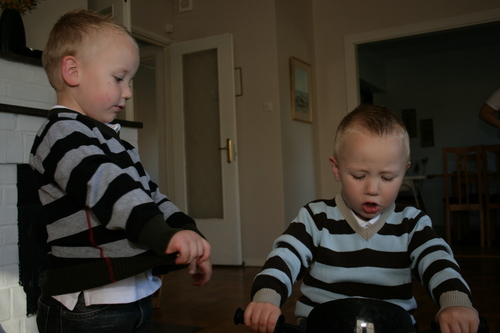 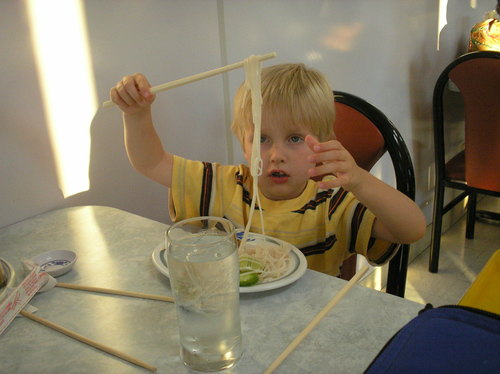 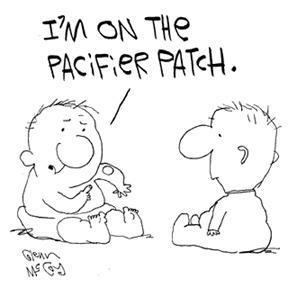 3
TMX Elmo
added by dan
New Tickle Me Elmo toy in which the "X" in TMX stand for 10. So this is the tenth 年 of the Tickle Me Elmo series I think. Kinda cool, kinda scary too.
video
elmo
technology
toy
sesame 街, 街道
More Cards
1234567891011