This is definitely a difficult one for me as Regina just has so many dazzling and fun moments, however I decided to go and pick out my personal favorites. And I ain't even gonna lie, when I started this 文章 it was titled 'My 最佳, 返回页首 5 Regina Moments'. It goes without saying that I couldn't pick just 5.

10. The other honorable mention goes to her 接吻 Henry and breaking Zelena's curse. Cute. Adorable. Touching. I was waiting for her to break a curse since her redemption arc started.

9. The fight with Zelena. I loved this so much simply because it was just such a badass fight. Like Regina was getting thrown into cars and clock towers and she was taking it like a boss. And then Zelena goes to take her 心 and she was like 'lols it's not here'. Zelena didn't even seem to phase her.

8. Hiring Graham to kill Snow. I thought this scene was pretty neat in a lot of ways. This was the scene that actually got me intrigued with Regina. As some of 你 know I started watching Once mid-season 1. This was the scene that had me hooked. The way she sauntered around the room was both mesmerizing and frighting in a rather seductive way. The 皇后乐队 was nothing if not alluring. I mean Christ, I just spent a paragraph talking about the way she walked in that scene. Her walk aside, I loved that 狼 and 羊 quote. Again, mesmerizing and frightening. I just 爱情 the way she and Graham interacted. Storybrooke too, I mean dayum! He just waltzes up to her house and pulls her into probably thee hottest 吻乐队（Kiss） of the season.

7. We Got Her Daniel. This was legit just one line. One line!!! And it told a lot. I loved it because it just showed how dedicated she was to Daniel almost in this insane obsessive way. Like she says the line and puts the ring to her lips. And the fact that she says we instead of I, says a lot. It says that she just couldn't let the man go. It 显示 that most everything she did was in his name...for him.

6. Laughing with the Charmings after the shattered sight curse. I loved this because it felt so natural. I couldn't tell if it was the cast 或者 the characters laughing--like Eddy and Adam had other plans but that worked to and they just let them do their thing. It was just such a cute and happy little moment, like I couldn't help it I was smiling and laughing with them. And the very 评论 that had them laughing was just cute cute cute! Going into Evil 皇后乐队 mode she's all "what the hell am I wearing?" Back to Regina Mills she's all "what am I wearing." Baby, 你 just don't like your clothing do you? God, she was so confused lol! Like why am I dressed like my fairy tale self?

5. All of season 3 episode 1. This whole episode was a joy for me. Regina was so full of sass and snark and I loved it. From "fillet the bitch" to "I'm out of 鱼 food" to "rainbow kisses and unicorn stickers" Regina was just dishing out the best insults and I loved every single one! And that part where she's suggests killing the mermaid; everyone's all "Regina no" and Regina is all "Regina yes!" And of course she kills the mermaid anyways and that big ol' wave comes. I also loved that face off between she and Snow. They were just going at it. Just a very fun episode for Regina.

4. Saving everyone from the fail safe. This was just such a huge moment for her character in way of development. Here's a town that still didn't seem to trust 或者 care for her and yet she's saving them all. On 最佳, 返回页首 of that she knew it could very well cost her, her life. Not only this but she actually owned up to her actions. She realized that she sort of caused it to happen. Which is what lead her to lay her life out in the first place "You were right, 你 know. Everything that's happening, it's my fault. I created this device. It's only fitting that it takes my life. Tell him (Henry) that in the end, it wasn't too late for me to do the right thing." I almost cried. This was such a deep moment and the action was splendid. Not to mention the heap of character development.

3. Her very first scenes. I loved how the Evil 皇后乐队 was introduced; crashing a wedding. Nothing says bamf like bursting into a wedding 你 weren't invited to like 你 own the place. I think her "I will destroy your happiness if it is the last thing I do" line is one of the most memorable in the series. This woman is serving out threat after threat at that wedding and she's menacing and terrifying. Snow is poising a sword at her and she's not batting an eye. What an introduction! 你 already get a sense of who she is. And then there was her first Storybrooke scene. Again, a wonderful display of character. 你 see that she's a concerned mother who cares about her son but 你 also see that she's strict and doesn't really know how to display that love. 你 see that she's classy and she's running things. Regina takes Emma in for a drink and they have a conversation; one in which she asks Emma if being strict makes her evil. She knows how to play her cards. It was a great start to Mayor Mills.

2. Getting Tortured. This scene was just crazy. It was intense. This is exactly what I didn't think would ever happen to Regina. I mean I knew people had it in for her, but I never thought someone would actually outright torture her. This scene was great because as usual she handled it like a bossass bitch. She was in pain, in tears and yet she was still taunting and mocking Greg. And God, Lana's 表演 was (as usual) stellar. Those tears felt real, that moment when her voice cracks...real. Those screams...bone chilling. She doesn't even have to be talking to dominate the scene. Her body language was outstanding, the slightest finger twitch seemed to have a point. In this scene 你 could feel that Regina thought no one was going to save her. That this was it. And then she turns to Greg and tells him to kill her. It's like she's been through so much it's almost as if she wanted him to do it. It's like she didn't want to kill herself but all at once it seemed like she wouldn't have minded it it happened. And her tone of voice, she just sounded worn out and tired of it all. I just wanted to hug her and tell her it was okay. She then tells Greg 'lol yeah I killed yo dad'. He cranks that machine all the way up and she's out. And then she wakes up at Snow's apartment and she's being all cute and confused again; like why did 你 save me...and then she ruins the moment 由 fighting with Charming. But it was a totally Regina thing to do so it's okay.

1. And last but not least my 最喜爱的 Regina moment; killing Daniel. Let me just start (once again) with Lana's flawless acting. Those tears felt real. I shed a tear myself. When she fist sees Daniel her face lights up. She has this big smile, teary hopeful eyes. And much like Regina yelling at Charming, Dan ruined the moment 由 trying to..idk...choke her to death! And she gives the whole 'Daniel please, it's me.' She's in tears and there's that 心 breaking voice crack. Then he snaps out of it. They hug each other and Regina looks so full of hope. For a 秒 I thought she'd get her Daniel back and I was feeling the happy too. Aaaand he starts to flinch because he's in pain and what not and he beg her to kill him...to let him go. She then drops the "but I need you" bomb. And she sees that he's in pain and she finds it in herself to end it for him. All the while she was crying these gasping cries. The way she broke down afterwards was heartbreaking. 你 can see it on her face all that hope and happiness just leaving and in its wake 更多 tears and probably the saddest Regina face ever.
Aside from the feel evoking hardcore acting, this was also just another huge moment in the depth and complexity that is Regina Mills. Instead of selfishly keeping him alive and in pain for herself she let him go. She let. Him go. Back on moment 7 Regina was so hung up on Daniel that it consumed everything. This was the moment when she started to 移动 前锋, 期待 with her life, whether she knew it 或者 not. And she was just so strong. I probably shouldn't be this proud of a fictional character. :'D

Well there 你 have it; my 10 最喜爱的 Regina moments...and believe me I probably could 列表 another 5 或者 10. Every moment Regina's face sparkles across my TV screen is magical. These are just 10 of her most glittery moments. 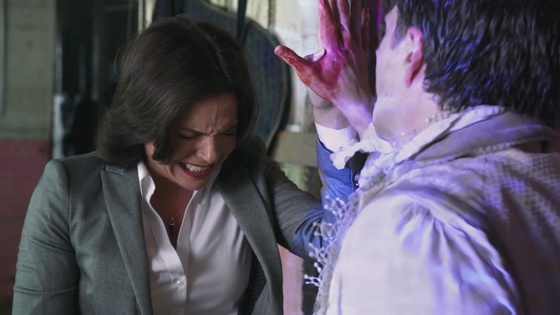 Alchemistlover, XxLalasaysxX and 1 other like this
zylice Brilliant article! Would you have included her sending Henry & Emma off in 3x11 if you could've?
zanhar1 Thanks. :P Oh yeah, definitely, it's in my top 15 moments. 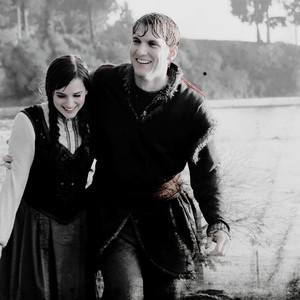 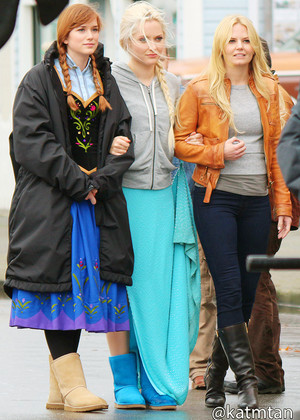 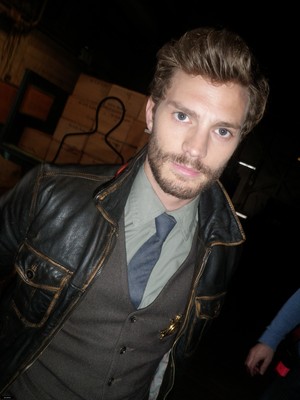 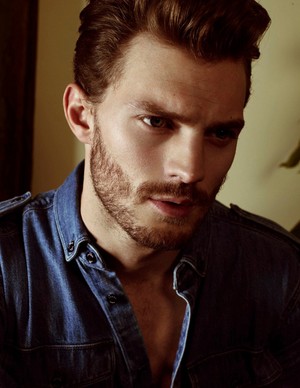 1
your mother might be in danger:the Snow White Edition
added by LLheart 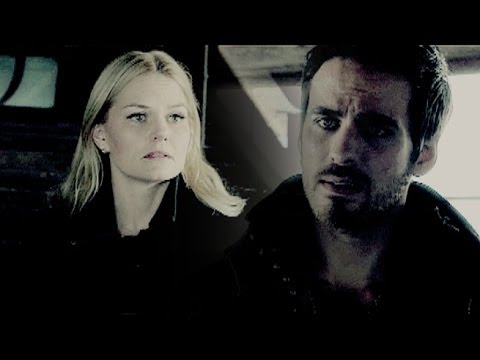 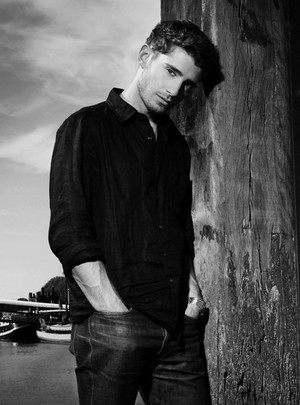 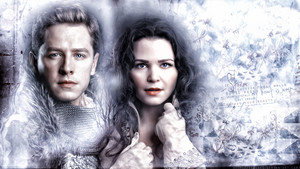 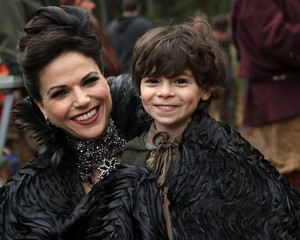 8
Regina and Roland
added by Evilregal14 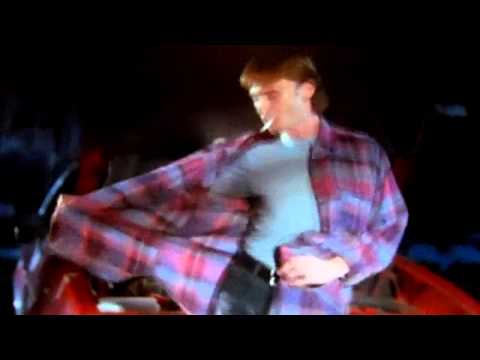 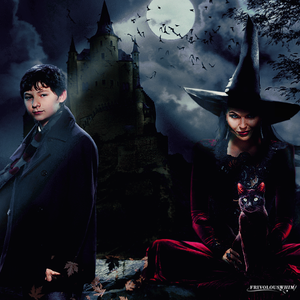 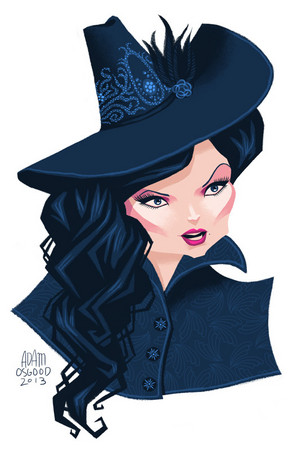 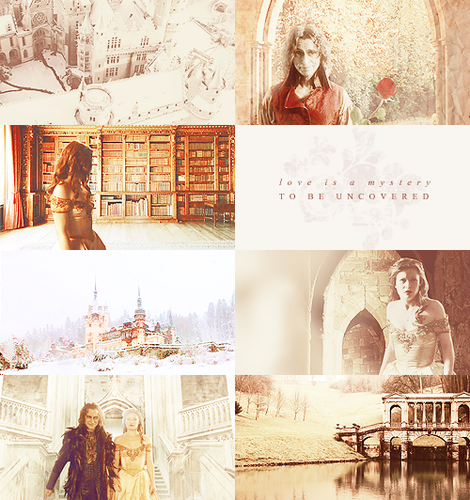