最佳, 返回页首 eight BEST things that being a Brony introduced me too..
posted by Canada24
#8: PINKIE'S CUTENESS LEVEL's:
Fluttershy is overrated.. There. I 说 it.. (sits and waits for the haters)

#7: RULE 84 GAGS:
Though this also counts as the WORST thing.
But either way
I never would of realised how much I was missing out on.
Though. At the same time.
Part of the reason I became a brony in the first place is I found a image of it, when looking though Skyrim images..

#5: DISCORD:
These days, Discord (John De Lancie) is the main reason I still watch the 显示 itself.
As even though most of the characters aren't funny anymore.
The same cannot be 说 for Discord.
The only one who hasn't 迷失 his touch.
Plus there's the fact I never actually heard of John De Lancie before finding Discord.
Since I never seen 星, 星级 Trak..

#4: 小马 MOV:
These dark humored mini series is what I always use to introduce others into the world of MLP.
And so far..
It hasn't failed to work.
I made up to ten people into bronies 由 展示 them 小马 Mov.
And have my own story for it, witch is currently very popular, and it gave me the excuse to use 小马 Mov Spike..

#3: FANPOP:
Technically Alpha and Omega is the reason is the reason I discovered Fanpop. I still drop 由 that page every so often, but all my 老友记 are gone now, and all anyone dose now is argue about everything. So, the place is pretty much worthless.. Anyway. At some point after joining originally, I discovered the MLP page, along with Gergory/Mirage and Sean.. Others too, but don't remember. This was a long time ago.
Either way.
Glad to have found 你 guys, even though a overly sarcastic, Christian hypocrite like myself isn't much to brag about..

#2: CUPCAKES:
由 this point, we all know about how the narrations of 纸杯蛋糕 inspired me into being a BETTER writer.
But that's not ALL 纸杯蛋糕 did to for me..
It made me discover Andrew WK and Korn.
It even became the reason I started watching the SAW 电影院 (great movies.. Completely underrated).
Along with being the original reason I made that club of myself here on fanpop.
And it's the main reason I am as dark humoured as I am today.
All that, along with ironically making me 爱情 Pinkie 更多 instead of less.
I also have 2 fanfictions for it (both of them spoofs though).
And 3 视频 I made myself.
And it's currently used as my 脸谱 cover.
So yeah.
There's REASONS I consider it the "best" creepypasta.
Along with being the only 都市传说 that doesn't have graphic rape scenes involved, so yeah, all other creepypastas SUCK.
Even 彩虹 Factory sorry to say..

#1: MRAWKWARDREVIEWER:
"see 你 at the flag pole" - his catchphrase..
God damn, I f***in 爱情 his guy.
你 know why?
Because he has no limits.
He's a foul mouthed, loud toned, overly sarcastic, self mocking, nerd. Who strongly hates, both the theme song, and the expression "any pony".. Hmm.. Who dose that remind me of?.. Oh, that's right.. ME :D.
你 know.. Except the "loud toned" part.
I'm very soft spoken myself.. 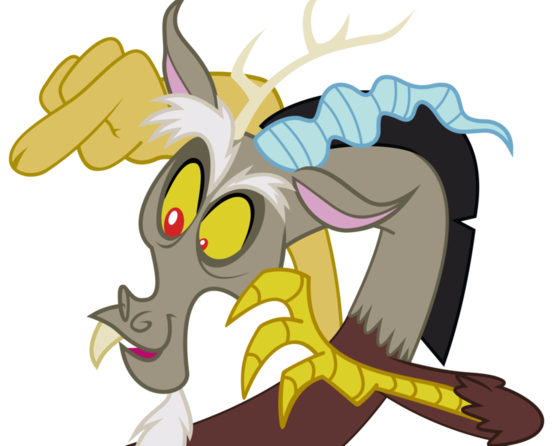 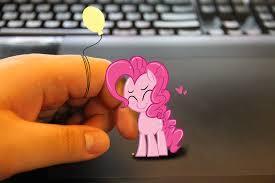 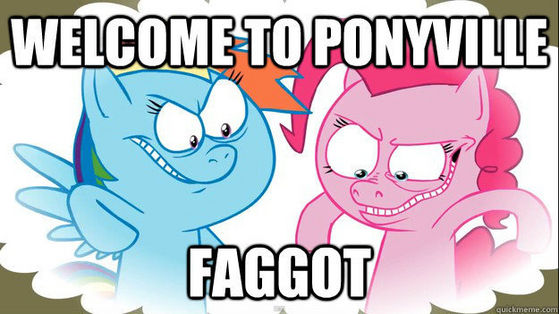 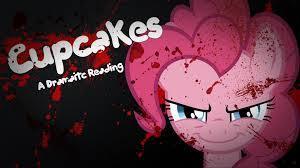 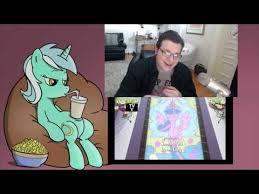 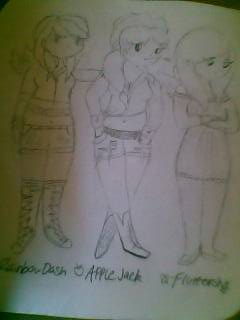 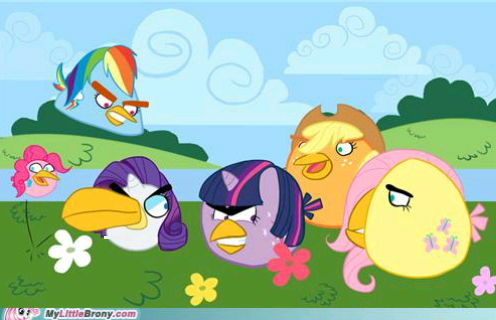 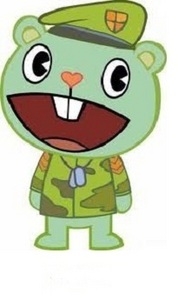 Flippy(not flipped out)
Intro:this is my first crossover fanfic with 2 cartoons, it probably isn't that great.

Chapter 1:Flip out
It was a normal 日 for twilight sparkle, Spike was doing chores and she was getting ready to go to one of Pinkie pie's parties. There was someone new in ponyville, and from what Twilight heard from Pinkie, he's pretty cool. She was walking to sugarcube corner nopony was outside, which meant Pinkie had invited everypony in ponyville. When she got to sugarcube corner the party was in full swing, all the party 食物 was out and there were plenty of games and music, typical Pinkie pie party....
continue reading...
On The Block Episode 17 Part 4
posted by Seanthehedgehog
The Classroom

Starring Snow Wonder as Ms. Schultz
Tom as Gary
Astrel Sky as Maria
Sunny as herself
Pleiades as Brianna
Double Scoop as James
Aina as Lauren 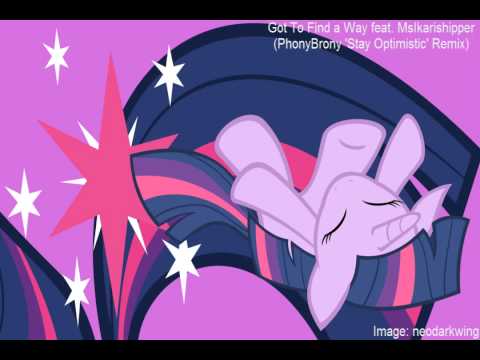 Daniel Ingram - Got To Find a Way feat. MsIkarishipper (PhonyBrony 'Stay Optimistic' Remix)
added by Seanthehedgehog
Find a way to do what?
video
my
magic
friendship
my little 小马
小马宝莉 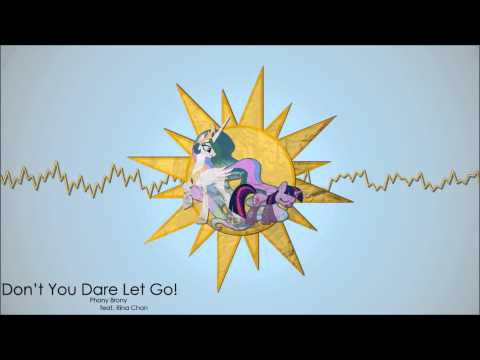 [Warning! This review contains spoilers for Avengers: Age of Ultron! Read at your own risk!]

Nick: Hello and welcome to another grand episode of Comic Talk!

Nick: This film starts with the Avengers conducting a raid on a HYDRA base in Sokovia. Also, we meet the twins, Wanda and Pietro Maximoff.

Double Diamond: This is Applejack, Fluttershy, Pinkie Pie, Rarity, 彩虹 Dash, and Twilight Sparkle... And, umm... We never got the red one's name..

Saten: (pervertly to Starlight) 你 can call me "anything 你 want"

Saten: I'm Saten Twist.. (a bit pervertly too Starlight) but 你 could call me "anything 你 want.

Starlight Glimmer: Riiight.. (whispers) your have to better then that.

If the internet was a city, 脸谱 and Twitter would be those major business, 潮流粉丝俱乐部 would be that one pawn 商店 that has good stuff, yet few people know, and youtobe 评论 would be that big landfill that everyone tries to avoid. I mean, these 评论 are some of the stupidest thing youtobe has ever invented.
Now, youtobe 评论 were made for people to talk about the video, saying weather it was good 或者 bad. But, what do people do? They just try and find the smallest little thing, and say it is offensive, when it was never trying to be offensive. That is just stupid. Not only that,...
continue reading...
1
What's Your Take - 文章 214 - HalBLOWS in 太空
posted by windwakerguy430

Yeah, 由 this point in my series, 你 all know that video games have a lot of fanfics. So, why not read yet another one. And, not just that, why not read a REALLY bad one. The one in 问题 is a fanfic based off the Halo series. Now, Halo has gotten real 流行的 over the years, so much that Master Chief, the games protagonist, has become an iconic video game character. So, yeah, of course there was gonna be a Halo fanfic eventually. So, lets get on with the fanfic known only as Halos in Space.
So, it starts off with out character, Joe Chief, who wears body armor, but the 作者 states that,...
continue reading... 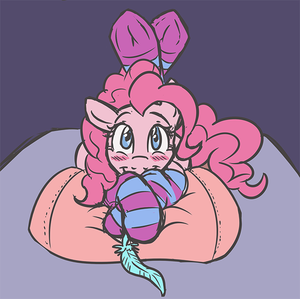 Hey, gis. So, sory 毛皮 the bad speling. U se, i hav red a dragin ball z fanfic so bad, that it haz mad my speling reel bad. That fanfic is nown onle as 悟空 and Freeza Becum Frinds…. Okay, if 你 think I’m gonna make spelling errors through the whole thing, you’re dead fucking wrong.
So, it starts with 悟空 coming back to earth. However, it is 说 that he has no friends. 你 know, besides Bulma, and Yamcha, and Master Roshi, and Krillin, and- Seriously, how did anyone overlook this. Even if you’ve only seen TeamFourStar’s Abridged, you’d know that 悟空 has friends. Anyway, one day...
continue reading... 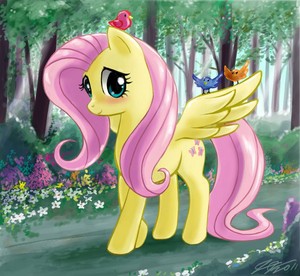 Rainbow Dash: ''This'' is where the map sent us? It looks like the most boring place in Equestria.
Applejack: It's just an ordinary village full of ordinary 小马 folk.
Twilight: Saten? Your from Fillydefia? Any idea what this town is called?
Satan: That's just it.. I never seen this place before. Witch is weird..
Twilight: Hmmm... That "is" weird.
Fluttershy: I think it's lovely.
Satan: (groans) of coarse 你 do..
Pinkie Pie: I don't...
continue reading...
On The Block Episode 16 Part 6
posted by Seanthehedgehog
Tom: Welcome back everypony. We would like to introduce 你 to something new to the show.
Master Sword: BLOOPER REELS!!!!!!
Audience: *Clapping, cheering, and whistling*
Tom: Enjoy the bloopers from this episode.

Announcer: Welcome to the block. And now for your hosts, Master Bait, and... Oh shit.
Audience: *Laughing*

Tom: Now for April 2015, the Brony Of The 月 award goes to me!
Audience: *Cheering*
Master Sword: I knew you'd like that.
Tom: Okay, let's do this for real.