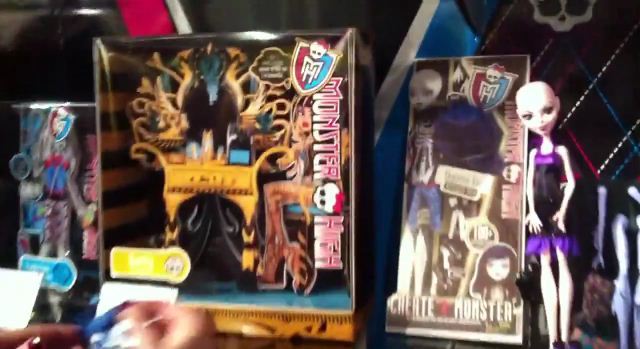 haynay24 on the left of the photo there is a new clothes for frankie ? 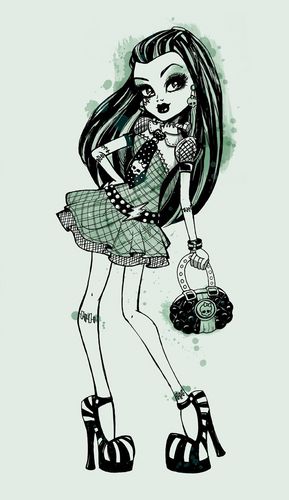 Gwen as Draculaura
added by HarleyQuinn1 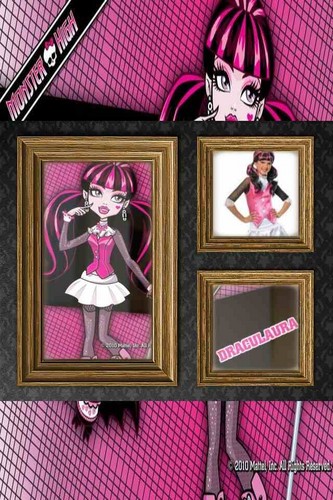 monster high character frames
added by MinervaHoot
Source: I made them mahself 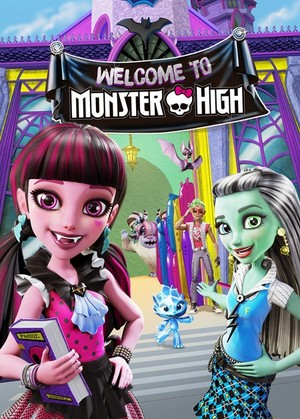 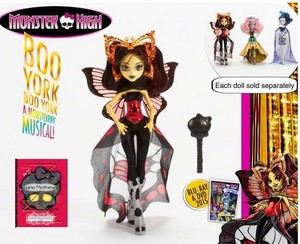 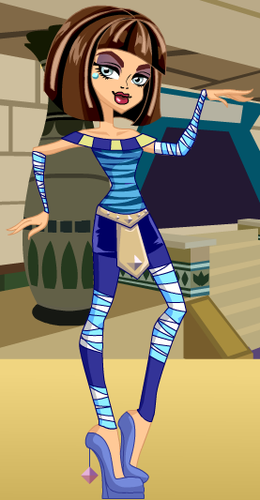 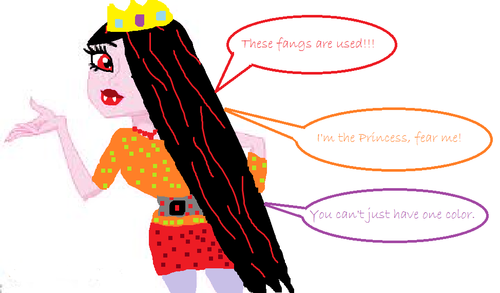 1
Princess Of The Vampires,Princess Bloodalina (Not Profile!)
added by CuteBlossom123
Source: I drawed it base off 谷歌 then I added details :) 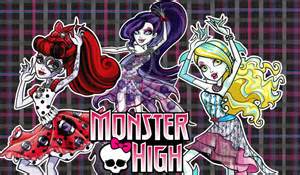 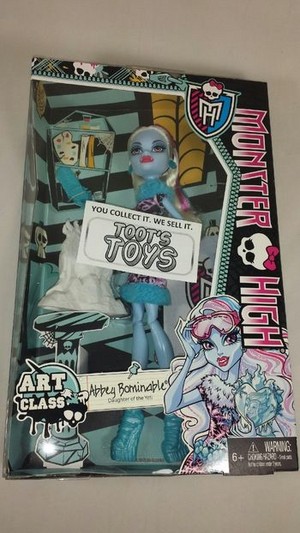 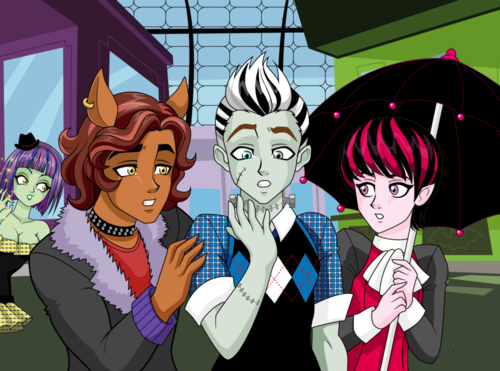 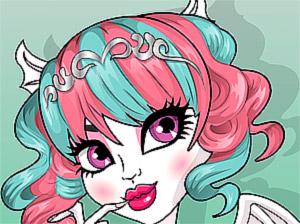 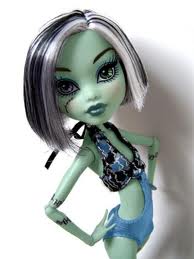 Frankie slammed her head up against a bathroom stall door.

"Owwwww" she moaned and turned to Clawdeen.

"When are we getting out of here." she asked her bored. Clawdeen did not know how to answer , she shrugged and then spoke"I guess till morning " she told her as if she could not believe it herself. Draculara stood 由 the sinks surprisingly happy.

"At least I have the 更新 of the Ghostly Gossip that should keep me busy tonight." she 说 展示 them her iCoffin. Lagoona...
continue reading...
4
About Draculaura...
posted by CuteBlossom123

Draculaura is the daughter of Count Dracula.
She is 1,599 years old with black and 粉, 粉色 hair. Draculaura is a vegan vampire who abstains from drinking blood and eating meat; in fact, the mere mention of the word "blood" causes her to faint. Draculaura's taste in fashion is influenced 由 the Japanese Lolita style, and is typically in shades of 粉, 粉色 and black.
She has had many crushes in the short while the franchise has been out, but her current boyfriend is Clawd Wolf, Clawdeen's older brother.
She is a member of the Fearleading Squad with Frankie, Clawdeen, and Cleo.
She has a pet bat named Count Fabulous. Draculaura is voiced 由 Debi Derryberry.

Abbey was rubbing her arms to stop herself from melting. Heath had left the heater on in his room and Abbey couldn't stand it.

And with those words he switched the heater off. Abbey thanked him and sat down. She was thinking of the other 日 in the catacombs.

Operetta promised to keep their secret as long as Abbey did stuff for Operetta. Sure, it wasn't fair but it was the only way to stop the secret getting out. 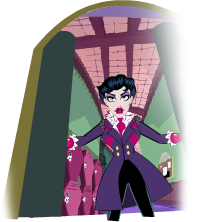 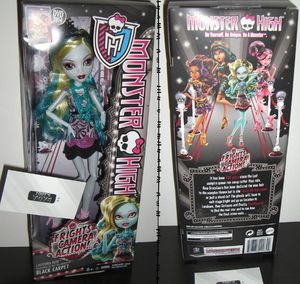