How 《我的世界》 works!
posted by Tailsfan99
《我的世界》 is a sandbox construction game created 由 Mojang AB founder Markus Persson, and inspired 由 the Infiniminer, Dwarf Fortress and Dungeon Keeper games. Gameplay involves players interacting with the game world 由 placing and breaking various types of blocks in a three-dimensional environment. In this environment, players can build creative structures, creations, and artwork on multiplayer servers and singleplayer worlds across multiple game modes.
Minecraft is available to all players for €19.95 (US$26.95, £17.95). When purchased, singleplayer and multiplayer game modes can be played...
continue reading...
How to get a command block in 《我的世界》 PS3
posted by TailsFoxyPlays
Needed
Keyboard
PS3
Minecraft
PS3controller

First:
open up a creative world then start it


An Introduction To The Electrifying Word Of Redstone!

Whether you're playing in Survival 或者 Creative mode, redstone is an amazing substance that will open up immense possibilities of Minecraft. It will enhance your gameplay 由 teaching 你 how to connect and control the blocks that make up your world.

Three hours later I had mined a cave and found enough Iron to make a bucket. I got back on my 船, 小船 and started rowing. In the distance I saw a bunch of people crowded around my 金牌 castle. I thought it...
continue reading...
2
Emily's 《我的世界》 Stories #2: The Sea of Enderlife: Part 1
posted by EmilyMJFan910 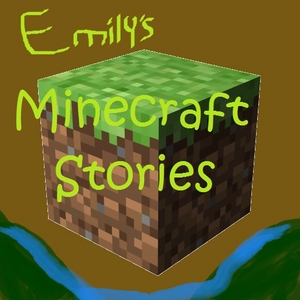 This is my short story series. Click link for the first story.

Steve had set off on pig earlier from the sandstone village he'd encountered the 日 before, and he was looking for new land. He had been out for five hours already, and the pig was getting tired.

"It's alright," Steve reassured the pig. But he was also starting to get tired. It was nothing but sand ahead that he could see. The distinct chatter from the village was long gone. Steve sighed.

About an hour...
continue reading...
What are ores?
posted by EPICFAB1

Ores are collected for crafting, decorating and for other purposes, such as for tools and armour. Ore can also be combined to create a block of the material's type.

Maybe this is enough information about ores!

No 《我的世界》 Movie
posted by Purple-Enderman
Hello there I'm GDTrekkie AKA Purple Enderman. 你 might have seen that 《我的世界》 Story Mode came out 由 Telltale games.

When 你 play it 你 would see that it's 更多 cinematic then a real video game would be.

As I was thinking I figured out that a 《我的世界》 Movie won't come out any time soon. The reason is because of the Story Mode.

They wanted to make it like a movie, but where 你 choose the story.

I would say "Not in a long time" because as a replacement they put the Story Mode. It would probably not get a lot of money as the Movie but they probably thought that it's easier to produce and less costs for production.

But this is my opinion and I don't think that I'll be seeing a 《我的世界》 movie soon.
Emily's 《我的世界》 Stories #1: The Sandstone Village
posted by EmilyMJFan910

This is a new story series dedicated to my little sister, Savannah. She loves Minecraft, and I hope 你 like my stories. ✰

Out in the sandy desert in the land of Minecraft, Steve was roaming in 搜索 of 食物 and water. He looked around him only to see a few trees and a cactus. He continued walking until he started feeling too weak to keep going.
It's hopeless, Steve thought. I'll just die out here, in the middle of nowhere.
Steve lay on his back, thoughts running through his mind, each one a scenario of what could happen next.
Finally, Steve closed his eyes and fainted away.

***********************************************...
continue reading...
A New Adventure
posted by HT10
I spawned in a new world unfamiliar with my surroundings. I heard a "Hmmm," Then a "Huh." I turned to the side and saw an oak 树 then broke off all the wood blocks and collected them, I turnd around again and saw a Blacksmith Shop! I ran over the villagers and into the 商店 and raided it's chest and found two gold, 7 obsidian, some iron boots, an iron chestplate, and 3 面包 got a crafting 表 from the wood I got and made a golden sword and a wooden pickaxe and took a furnace and got 更多 wood and made charcoal and torches, after I housed myself in the villag but I will be moving out soon! I ran out of 太空 for text on my PS3 so,

- Human Tails 10 signing out!
If peaceful was removed
posted by mineriozombies

why do they need peaceful mode if not a difficulty. only easy normal hard. If only was removed from mine craft. In peaceful 你 don't see monsters to fight and get is stuff for your crafting. 或者 if your in the nether you'll also need to get 食物 from the zombie pig man if your lost. this is why I want peaceful to removed. 或者 how well 你 go to the end if 你 need ender men for ender pearls. how would the make TNT if 你 need gunpowder from the creepers. this why we don't need peaceful mode. 或者 they should ad a new on called hostel mode. you'll have easy, normal, hard, peaceful and hostel. would that be better. yes no.
You Might Also Like...

Creeper
I 爱情 《我的世界》 and also like creepers even though there sometimes pests.I have made a cool modern house there is a pic of it.In creative 你 can fly and get what 你 want 由 just pressing e and the same to get of.To fly 你 just double tap the 太空 bar.To get back down 你 do the same.You can change 《我的世界》 《皮囊》 and people.I will be making 更新 on any news 或者 new mods! hope 你 have time to have a look!

That is my awesome modern house ive made!

Another flat world
《我的世界》 fanclub pls 加入
posted by PROOO123456
Hi i play java edition and i think its cool even though its lame so am starting this chat i wish 你 will 加入 pls 加入 so i have bedrock but its trial and so i cant think of what to say again but if u wana 加入 just leave a 评论 and ill send 你 tips and teach 你 cool commands. yeah am a proo!:D am not good at 写作 文章 but i need to keep this long.bonus tip:start a command with "/" see u in the comments! :)
mcsm 问题 and dare
posted by Daiz11
雏菊, 黛西 (me):hello this is my first time so sorry if it is scruffy,anyways hello this is and 问题 and Dare section so here is the people who is in this Jesse, female Jessie, Rueben, Olivia, Axel, Lukas, Soren, Elle, Magnus ,Gabriel.before we start 评论 down bellow what 问题 and dare 你 want me to do and I will answer 你 问题 and dare and add your characters name and we will see what we can do
jesse
f jesica (girl jesse)
Rueben
axel
Olivia
petra
Lukas
soren
elle
Gabriel
magnus
ivor
Message To All My Quakie's
posted by TiffyQuake

derpy HOOOOOOOOOOOVES!
The Void is the term 给 to the empty 太空 beyond the bedrock layer in the Overworld, Nether and End(For the End, below the island). The Void appears at the bottom of maps, where layers of bedrock restrict access to it. The Void is technically endless, however if 你 fall 更多 than 32 million blocks down, 《我的世界》 will crash. Falling into the Void and the /kill command are the only possible ways to die in Creative mode.[1]
Blocks cannot be built on the underside of the Bedrock layer, but if Gravel 或者 Sand are placed in the bottom hole nearest the void, they will fall infinitely. Pistons...
continue reading...
1
Our Dads The Crazy Ones: Part 2 The Man With No Eyes.
posted by AngelicWaffle

Dad stood back smiling, "What do 你 think?"
Dad had spent the 日 cycle making a house, "Looks good. Now, can I go in?! The monsters will spawn soon!"
"Ok," Dad frowned, "No need to rush." "Well excuse me if I don't like being killed!" "Good point. Let's get inside then."
The house was built in the face of a mointain with large windows, a double door and four rooms; The entrance room, my room, dad's room and a mine.
I slipped into my room and took my 衬衫 off, I glanced out the window, monsters were spawning already! I quickly grabbed some saplings and covered up the window with them. Believe...
continue reading...
3
what should be added legit to 《我的世界》 without using mods.
posted by amberkinzee
1. Ice cream.
Materials: 2 ice blocks, one snowball, two sugar, one bucket of milk, and one wooden bowl.
Use: for funsies!
2. colored glass blocks
Materials: sand, dye, furnace.
Use: for pretty decoration
ALLREADY DONE! (when that happened, idk,)
3. Flour
Materials: flour seeds from mineshaft, village gardens, temples, 或者 dungeons.
Use: For Noodles, and white bread, which will be right....
4. Now! White bread
Materials: three wheat along any row in crafting table.
Use: just another cool food, only fills two hunger.
5. Noodles
Materials: Flour along 最佳, 返回页首 row, Wheat along middle row. (and maybe even a tomato...
continue reading...
1
The Hero's Brine
posted by MoonNimbus15612
CHAPTER 1
"Wake up! Wake up! Steve, if 你 do not wake up RIGHT NOW, young apprentice, so help me, I will"-
I yawned and got out of bed. "I'm up, I'm up!" I announced to my yelling mentor, Gladius.
"Oh, finally! Thank the Nether! I thought you'd never wake up! Come on, it's your 日 to do Creeper Patrol!" cried my mentor.
"Oh. Geez, sorry!" I'd forgotten all about it, and I’d slept in late. "Ok, I'll have breakfast, and then I'll do it."
"No! What are 你 thinking? What happens if 你 just go out for a stroll and then a Creeper blows up on you? What happens if there are other monsters around?...
continue reading...
Hello!
posted by HT10
Hi, I'm HT10 (Human Tails 10) for my 10th birthday I got 《我的世界》 PS3 edition, so I will 上传 1 time every 日 about my adventures! if 你 want me to shout out to 你 be sure to become a 粉丝 of mwe and send me a message that 你 did! (ignore this becase it wont let me post)