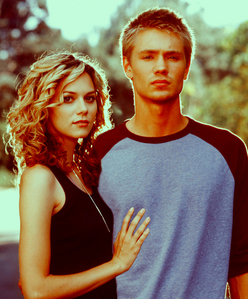 With all the hype surrounding this concept, it's sad that its pay-off flopped
布鲁克与卢卡斯（Brucas） would have been a better end-game, really. Still, there’s no need to complain about what-could-have-been. I can still remain steadfast to BL because what they had that kept their relationship intact (even when it seems like Schwann wanted to pretend amnesia when it comes to their love) are elements of perfect timing, effort and honesty; qualities that Leyton fell short on many occasions. LP was 给 plenty of chances to redeem itself to me, but they were all 给 away to mediocrity and stereotype. And they still are tacky till the very end.

Taking out the emotional intensity of the moments Leyton provided in s6, with Peyton’s pregnancy 展示 critical complications and Lucas questioning himself as a future father, their storyline which would eventually lead to an end-game seems:

伯顿 and Murray’s performance in episode 17 was heartbreaking; their 表演 was synchronized and convincing. I was very moved with the way their worst fears were finally discussed between them and considering this is LP, with their passive-aggressive ‘will they, won’t they, why of course they would’ bullshit and quixotic notions, I was surprised. I remember the first episode of season 6, how completely scripted their ‘reunion’ was; from the cuddling in the airplane, the hotel room symbolic sex to the rushed, but failed, matrimony. Leyton continued to disappoint me in that episode. They never talked about important issues like the effect of Lindsay leaving Lucas in the altar and what Lucas really meant when he 说 he hated Peyton and wished she never came back because she ruined his life. Somehow these issues don’t matter because they’re together now. This is TV, sure, but such lack of realism is a great ordeal of pain in the ass, if 你 ask me. So jumping to episode 17, I was surprised at how they’re finally honest with each other. I gave them a thumbs-up for the effort because they’re building something real now and I respect that. I was also impressed when they tackled about the Julian issue but remembering how distasteful and unsatisfactory the very foundation of their relationship was from earlier seasons, I would not—will never—be persuaded to support LP TLA.

As much as episode 17 was heartbreaking, terribly so, Lucas and Peyton as the couple Leyton still remains an eyesore. They claimed to have survived car crashes and bullet wounds and psychos—all typical exaggerations for melodramatic effect. A devotee to boy-saves-girl mantra would have been teary-eyed and swept over but I am not. These events are not the full measure of obstacles two people in 爱情 overcome. Sure, overcoming the things cited is oh-so-romantic, but the real tests of LP’s relationship should have been the cheating and the betrayal they have been susceptible with twice, the three-year resentment that produced guilt and rage between them because of one misunderstanding, and the ridiculous assumptions and expectations they have for their ‘epic love’, as well as other people’s, for that matter (Hello, An unkindness of Ravens and its evil spawn The Comet).

I applaud episode 17 for Chilarie’s performance. Still, the fact that the individual similarities of Lucas and Peyton are giving them the sameness in flavor, their combined appeal as a couple was then reduced to mush. They’re still too alike for my taste, and it’s one of the primary reasons I threw up upon sampling their Quixote-Dulcinea -cookie-dough.

Schwann went a bit too far when he was 写作 Leyton in s6. Honestly? 你 wanna know why their storyline was executed so cheaply that all I could do is shake my head in amusement and outrage? First off: The Get-Married Vegas Style. Played-out in so many movies, TV shows and books; including the part where they back out and realize they want something less tawdry. And then, while they’re still working out their issues (or at least appear to be doing so), they decided to 移动 in together, with a snap of a finger, faster than 你 can say holy-fucking-shit. Perhaps it’s me being nitpicky but I actually would have preferred if they tried dating again, court each other, get to know the person they’ve disappointed along the way three years ago. 你 know? It would have been exciting and refreshing to see LP become a real couple than a concept but then again, this only proves that I will never, ever support their TLA. Now that I think about it, when did Lucas and Peyton ever just dated? Like, no bullshit drama and sneaking around, and hurting the best friend, with loose ends that were discarded instead of tied neatly? They only hook up, if 你 may, in moments of desperation and river of tears and regrets. Seriously? Their end-game does not make up for this fact.

Then we get the Julian issue. And after that theatrical alternate-reality episode, Peyton is with child; at first we thought she might have cancer like her bio-mom Elle (I know some claimed that they wished she should have had cancer than Lucas’ baby and I hated that possibility but I would sometimes ponder about it too). Bad news struck and Peyton’s pregnancy has a glitch. And drama ensues. I like the situation because it provides their individual characters to express themselves in ways I haven’t seen them before (hence episode 17).

Let’s skip ahead: we had the wedding. Then Peyton’s bloody wedding dress. Baby Sawyer is introduced. They live happily ever after, the three of them. It screams out predictable to me all the way. I tried my best to view it in a positive light because I 爱情 that my Peyton Sawyer is happy and content, but I can’t shake the feeling, this voice in my head that asks that’s it? All that waiting since season 1 and getting back in season 4 and breaking up in season 5—leads to that in season 6? Vegas, living together, arrival of an ex-boyfriend, bun-in-the oven, long-overdue wedding, the surgery where everything hangs in a balance, a family riding off to whatever future fate holds for them? That was it? Is Schwann so eager to end the LP TLA and thought he wrote it in a way that ended with a bang, just like what he originally envisioned as cosmic order? Well, I’ll be damned! It feels like watching one of those Mexican soap operas where the stereotype ending for the fated 爱人 is a marriage and a kid; and as they drove off to a bright morning sun, the viewers are left to imagine the happiness their lives will be enriched with. Just that. Bleh.

Well, at least we have Naley（南森和海莉） who proved a true 爱情 story never ends with just a marriage. Always something has to follow. Too bad LP went bye-bye before Schwann could explore that.

O, great LP—with all the fuss coming from your devoted fanbase, I was actually hoping 你 could do better, that the end-game that seals your authenticity as a couple would be 更多 than just a patched-up tapestry from every pay-off ever conjured 由 man.

At first I thought the only reason that I never approved of Leyton was because of their dishonesty (which is anything but cryptic and controversial, mind you) and that undeserving people have to pay the price of pain just so they could get together. Now I have one 更多 thing to add to the list: their end-game is unimaginative, too common. I’ve seen better couples who had pulled it off but LP just flopped. And I was disappointed that Murray and 伯顿 had to leave because the consequence of their departures is this laughing-stock Schwann calls a happily-ever-after. Great ending because they’re together, Peyton says? I weep.

On the bright side, Mark Schwann ended LP, tucked his darling (and the 缪斯 that inspired it) to eternal rest. And as a non-supporter, even if Peyton Sawyer (Scott)’s character abrupt ending saddens me, I can now stop holding my breath and be thankful that this massacre of good sense is now somewhere away in fictional world where it will never haunt my television. Ever. Again.


I don’t encourage debates with LP 粉丝 from now on, since I will always remain unconvinced that their LP TLA is worth supporting. This opinion is not meant to offend. I’m just saying it. And that’s that. I’m just glad season 7 has new characters and a change of pace.


[cross-posted from the 布鲁克与卢卡斯（Brucas） Spot] 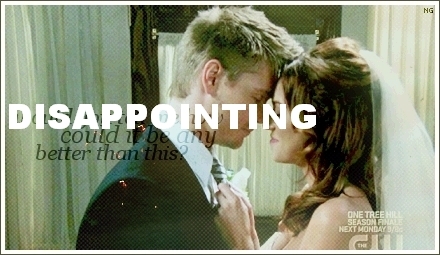 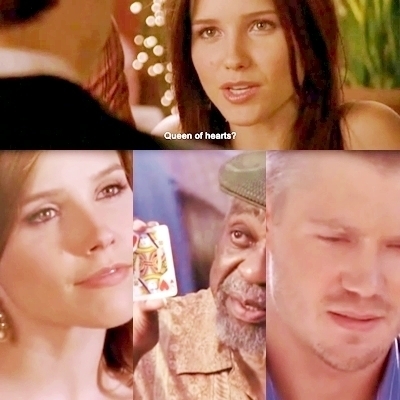 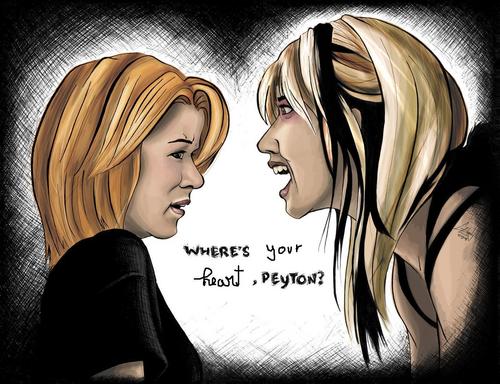 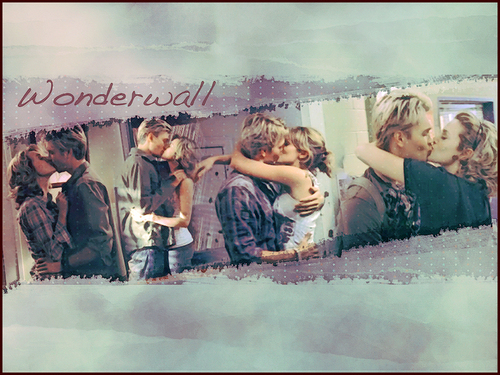 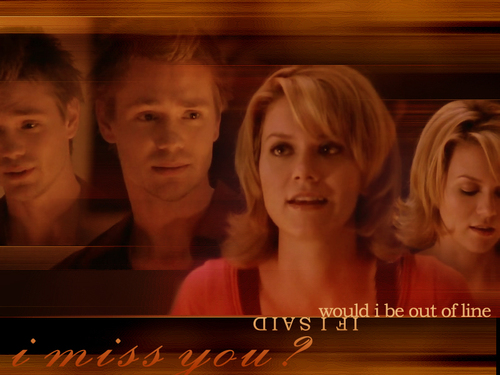 2
BLP through the seasons <3
added by kellyerin87
Source: Me (kellyerin87) 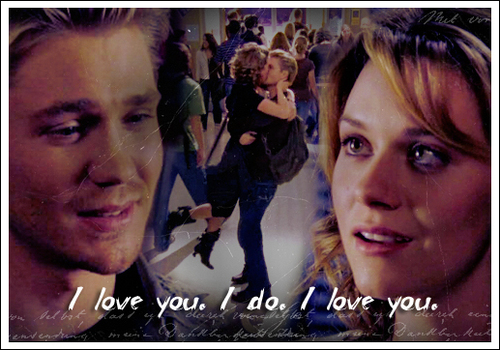 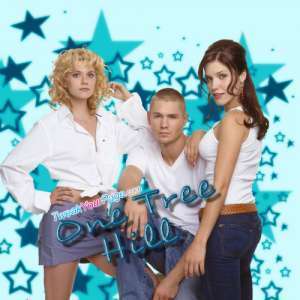 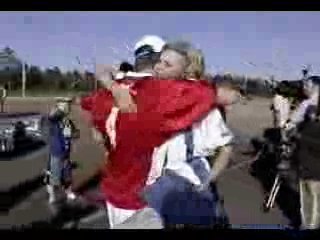 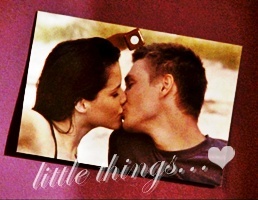 What made me give Brucas a second look- their little moments :)
So… with the 最近的 news that I suspected I was beginning to like BL, I have received numerous questions, and concerns (out of pure shock) from not only my fellow LP fans, but BL 粉丝 as well. So I thought I would take the time to just further explain, and clear up what my official viewpoint/stance on the couples are!

Yes, it’s true, I recently declared that I had started to discover a “new found appreciation” for Brooke & Lucas. While making a big selection of BL icons, it forced me to re-visit their story a little bit. And as silly as it sounds, I will gladly admit that… it did...
continue reading...
4
Why leyton is FAKE?
posted by bdavis98

I know a lot of 你 爱情 leyton for some reason but I never was a leyton fan, for so many reasons but the main/big reason is it’s FAKE don’t hate me because it’s a fact, here’s how it’s fake: Lucas had always had a “thing” for Peyton but it was from a distant he never actually talked to her 或者 knew her interest 或者 anything about her. Neither did she Peyton in a later season says the first time she saw him she fell for him (where that come from she has been seeing him her whole life they were in the same school since they were kids, so when exactly did she fell for him???).

Not...
continue reading...
10
My main issue with Lucas and Peyton.
posted by Dean-girlx
Do 你 Lucas Eugene Scott take Lindsey Evelyn Strauss to be your lawfully wedded wife? I do. Lindsey I 爱情 you. Every 日 I wake up and I have this ache in my chest and sometimes I just sleep in because I know when I wake up you’re not going to be there. One of these days you’re gonna wake up and feel that same thing in your 心 and you’re going to realize how much I 爱情 你 and whenever that 日 is, I’ll still be waiting for 你 and you’ll come 首页 with me. Lindsey I 爱情 you. This is your home. Do 你 ever miss me? *Lucas freaks out after Lindsey tells him she is seeing someone...
continue reading...
More Cards
1234567891011