I've had those jammies since I was ten. When they got to small, my auntie changes it into shorts and vest top :) x

can i point out something i found on Wiki

Going through the break-up mode... :/

And our Swedish teacher is a proper old Umbridge.

I dunno what happened :/ I think I was being a bi**h and he got mad at me. Well, he'd been acting really weird for the past week and I never said anything. Last night, everything just came out! I just let it all out, the anger and the frustration and he said, "Don't show me this anger. Go bother someone else!" And I got way upset at that. :/ He said he didn't mean it, but well, he'd already done the damage, no? Then he got mad, saying that he never meant it and there's nothing wrong with apologizing for something you didn't mean... and I wasn't listening. Eventually, he got so mad, he just said, "Pray that I wake up alive in the morning." And that was it- he never said anything else. I sent him so many texts but he never replied, even in the morning. :/

Sorry for the whining. :(

just know that we're here for you. *hugs*

and we'll each give you a potato- RIGHT GUYS? *stares pointedly at everyone else*

Here, have all my potatoes :) ily

I have officially decided there's nothing sexier than James Masters singing.

“Oh no,” I moaned. “Hurry up Anita!” I said, glancing behind me once again. They were gaining on us. A yell made me face the front again. We were headed straight for a wall. I screamed and closed my eyes. A strange sensation came over me, like I was flying. Opening my eyes again I saw we had jumped – soaring over the wall, we landed on the other side with a jolt that made me feel as though I was going to fall off. Griping the handle more securely I turned in my seat so I was facing backward. I had no idea how to handle this. They don’t teach these situations in school.
I raised my wand, no idea what to do with it. Panic took over me as I saw how close the monsters were. I could almost hear the grunts and snorts that issued from the beast’s overlarge mouth. The monster thing was at the car’s back now, and it could have torn the backseat apart if it had wanted to... But apparently the monster had other ideas. With a grunt and a huge leap, it fell upon the car and completely ruined it.
What I’m saying is this: imagine a car with two people sitting in the front, and imagine the car having no back side. So leaving the back of the car with the monster, who looked completely stunned, we moved onward. Thankfully for us the car was a wizard car so it could continue.
The monster had begun to get up and chase after us. I could’ve sworn I saw smoke coming out of its ears. But then Anita rounded a corner and that was the last I saw of the beast. Turning back to the front, I said to her “Good driving!”
She laughed and pulled the car to a stop. I hopped out of the car. Okay, you must be thinking ‘But the monster! It will crush you!’ It’s because we crossed the line. It’s this invisible bubble around our training area that protects most efficiently against monsters. Inside it we were impenetrable. Anita jumped out and headed for the house. I only stopped to admire the beauty.
The Training Grounds were truly the most beautiful things ever to me. The grass was a dazzling green with the dew drops of the last rainfall hanging on the tips. The many flowers added charm and colour to the garden, and the tall oak trees growing there were the tallest and oldest I had seen. And right in the middle of this was a house that could only have belonged in a Harry Potter novel. I’m not even kidding; this house could not have been real! But it was...
The building was seven stories high, and was painted a rich golden, so whenever the sun came out the house would gleam and glitter and be almost impossible to look at. The windows were big and polished clean everyday by the HouseMagic.
Sighing, I walked toward the door of the house, with a last glance at the totally ruined car. What a nightmare that had been!
- Written by me... :)
I'm thinking I should have described the house more, no?

一年多以前 harrypotterbest said…
and thank you, Moo and Draco!
Draco, how do you think I can improve? Always wanting to improve! ^_^

Hmm, I think you can describe the chase a bit more. Put more thrill, suspense and action in it. :) Otherwise, it's awesome!
Night, moo!

"Harry Potter, its not Twilight you know, we're not selling sex!" 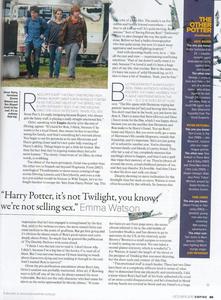 一年多以前 lucius_malloy said…
me too :D it's all yellow out there, like the last time we had a huge storm... Dx 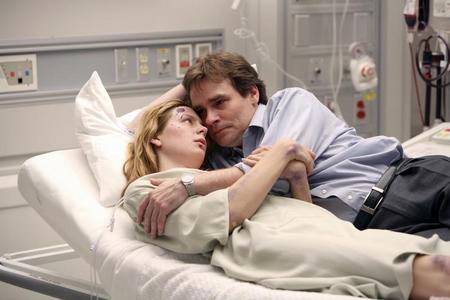 一年多以前 harrypotterbest said…
I got this stupid chain mail:
WARNING!
This is not a joke! Carry on reading! Or you will die, even if you only looked at the word warning!

Once there was a little girl called Clarissa AKA Killrissa. She was ten-years-old and she lived in a mental hospital, because she killed her mom, dad, and her WHOLE family. She got so bad she went to kill all the staff in the hospital but the government didnt know. They saw a plan that Clarissa made and decided that best idea was to get rid of her, so they set up a special room to kill her, as humane as possible they were usingbut it went wrong the machine went wrong. And she sat there in agony for hours until she finally died. Now every week on the day of her death she returns to the person that reads this, on a monday night at 12:00a.m. She creeps into your room and kills you slowly, she will cut you and watch you bleed to death. She will kill you because she is mad at you for reading her personal life. If you dont belive this, The Spirit and Ghost of Clarissa Will not only kill you, but your whole family. Now send this to at least 10-30 other people so, she will haunt someone else who doesn't pass this on like you did. And forget about you. Example 1: Kate didn't believe this and deleted it without even reading the whole thing! A few days later on the monday night, she was woken up by loud footsteps and heavy breathing, there was Clarissa standing there with a huge knife and well Kate is now History.

SO, I typed this on it:
To the well organized mind, Death is but the next great adventure.
The true master of death realizes that they must die, and that there are far worse things in the living world than dying.
- Albus Percival Wulfric Brian Dumbledore
Harry Potter and the:
Philosopher's/Sorcerer's Stone
Deathly Hallows
By Joanne Kathleen Rowling
XD those gits got a surprise coming!

一年多以前 mooimafish17 said…
lol - i hate those, i never send them on!

LUL x
Those chainmails are actually the most stupid things I've ever heard. Ridiculous :P x

55.
later in the hp series you get a view how it was before in the world of witchcraft and see early movies from the charachers childhood

56. the guy who plays dumbledore s so funny (dont remember the name) and he is playing so good!!!!!!!

And the legendary actors name is Michael Gambon

They were random number 0_o
Good reasons though :)
I've just realised...do I use to many emoticons and kisses d'ya think? x
Previous
Something to say? Sign in with one of these options:
Log in to Fanpop! Not yet registered? Create a new Fanpop account!