Meanwhile, Blair was thinking about how her relationship with Dan was going to work. Serena already knew about it, but every time Blair mentioned it, Serena changed the subject. It's hard when 老友记 日期 each others boyfriends.

Suddenly, there was a loud knock on the door. Blair peeked throught the peep hole.

"Chuck?" She whispered. Out of all people, why would Chuck be here? Maybe he is putting his plan into practice.

"What are 你 doing here, Bass?" She answered.

"We need to talk about stuff."

"Like what?" It was obvious that Blair was a bit furious at the way things were between them. Complicated is totally the word. After all, Chuck did ditch her for that Amelia skank.

"I'm sorry." His plan was to seduce her, then finally finish eveything off 由 stealing her from Dan. Once and for all. It's kind of evil, but it could work. Besides, he's Chuck Bass.

For at least three minutes, there was an awkward silence. She starred into his eyes. He starred back. It was like time stopped and nobody was there, but them. It was as if neither of them had to say anything. They knew what the other one was thinking.

"What do 你 still want from me? I gave 你 a piece of my 心 and 你 broke it when 你 ditched me. Do 你 really think that I could just forgive 你 after everything that happened?"

At that moment, Blair moved back. She didn't think that it was right.

"It's not right, Chuck. It's not fair to Dan, my boyfriend," Blair yelled.

"He is also Serena's ex. What about you? What do 你 want?"

"I want Dan," Blair 说 ferociously. She was angry and confused. When Chuck was starring at her, everything felt right, yet wrong at the same time.

Chuck finally just gave up and left, but before he left he kissed Blair on her right cheek. Even though she wasn't smiling, she still blushed.

Gossip Girl here your one and only 来源 into the scandalous lives of Manhattan's elite. Lonely Boy and B may seem 更多 happy then ever, but S did have him first. I think this will turn into a very catty fight. So, 你 ask what's with N and his breakout with V? Well, rumor has it that N has totally moved on with his life and Brooklyn sweetheart. XOXO, Gossip girl.

Serena had just looked at the message from Gossip girl and seriously started to get upset. Everybody was talking about Dan and Blair. It was getting on her nerves, but she tried to stay true to Blair. Things are way too complicated when BFF's 日期 their BFF's BFs.

"Serena!!!" A voice cried out with happiness.

"No, but I bet Blair has," Serena 说 in an annoying way.

Jenny didn't mean to upset Serena. It was just a question. However, it was an annoying question.

Jenny and Serena saw Dan and Blair walking up together, looking as cute and charming as can be. It's great to Jenny. However, it make Serena want to puke up her guts. They were holding hands while they were walking down together and they looked to good to be true.

"Nothing much." Serena was trying to change every subject that he brought up just so she could get to class.

"Serena, what's wrong?" Blair always knew what was up.

All Serena could do was try to come up with a good excuse so she could leave. She thought for a few 秒 and then finally came up with one.

"I had the worst sushi last night. 你 know what? I'm just going to lay down for awhile."

That wasn't the best excuse. However, Blair bought it, for now.

"So, is everything okay between 你 and Serena?" Dan asked. He thought things were getting kind of weird.

"Yep. I guess she's just getting used to everything."

Right then, Blair looked to the right side of her and saw Chuck from a distance and began to thing about what happened earlier that morning.

What was Blair supposed to say to Dan? Telling the truth is never easy.

Later on, Chuck's phone vibrated. It was Nate.

"Did Blair talk to 你 some time, today?" Nate asked over the phone.

"Well, I came to her, but my plans didn't go exactly how I thought they would."

Nate knew that Chuck's plan was to seduce Blair, take her from Dan and to keep things that way. Although, he also knew that it wasn't going to be that easy. Blair is smart. She knows how to turn things around.

Chuck talked to Nate about what had happened and Nate told Chuck to make Blair come to him. This is going to be easy. The thing that Nate didn't want to talk about was his break up with Vanessa. It was on a rainy day. Vanessa had come to his room, but Nate told her that things were getting a bit too serious and that there was too much stuff for him to handle and on 最佳, 返回页首 of that, a relationship. He knew it wouldn't work out. Every since, they had not spoken once to each other.

"Nathaniel Archibald, 你 don't take crap from anybody. 你 got that?"

After talking to Chuck, Nate saw a shocking message from Gossip Girl.

Gossip girl here, Things are still looking lovely with B and her new prince charming, but there will always be a shocking twist. Kind of like how V and N might have had a sad break up, but she may have gotten over Mr. Archibald and moved on with another man. Until we meet again, XOXO, youknowyouloveme, Gossip Girl.

Well, I tried my hardest to put some shocking twists in the story, if that worked out. I hope 你 all liked it. Please Review this chapter after 阅读 it because I feel way better about my work after someone gives me tips 或者 compliments about it. It also helps when yo tell me what 你 would like to see in any upcomming chapters.

THANKS FOR READING!!!!!!!
nevermind606, derena-sixon and 3 others like this
Leightonfan Don't forget to review on fanficiton.net, please and thank you :) [url=http://www.fanfiction.net/s/4895496/2/A_Dan_and_Blair_story_url]A Dan and Blair story[/url]
Jovi_may I have to say that you succeded it the twists i mean OMG! Can't wait for more sweetie:D the last GG blast was WoW how could vanessa do that to nate? Oh i know she's a fugly troll! hehe, i kind of hate her, anyways it was great..x
derena-sixon hihi pore serena if this was real it would be soooo funny! great job xoxo
Leightonfan Thank you guys so much for commenting :) 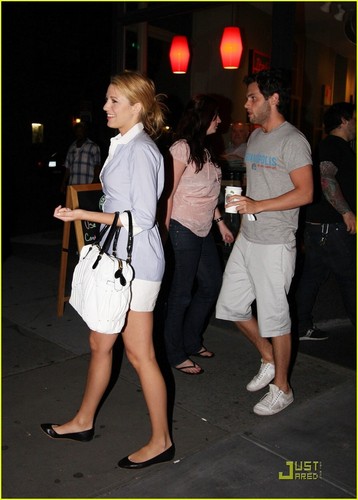 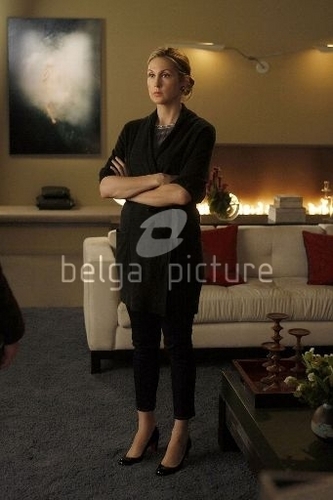 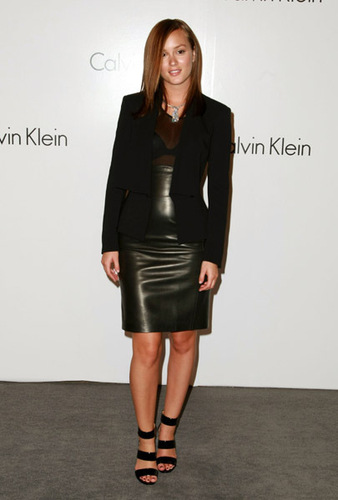 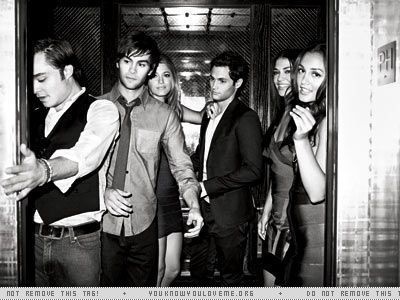 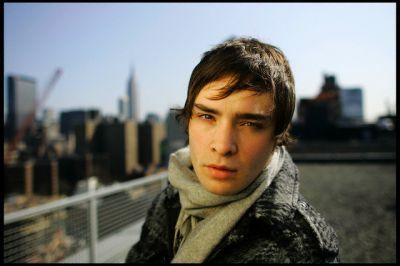 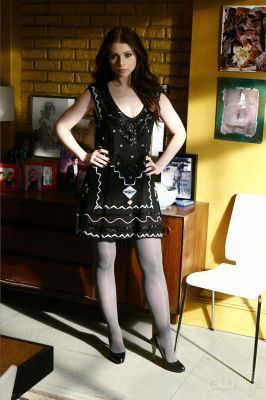 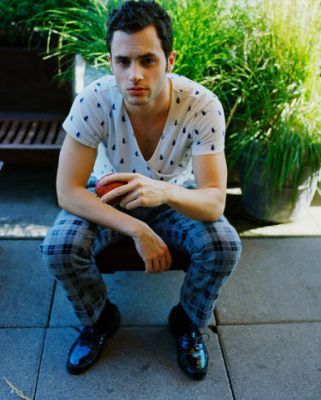 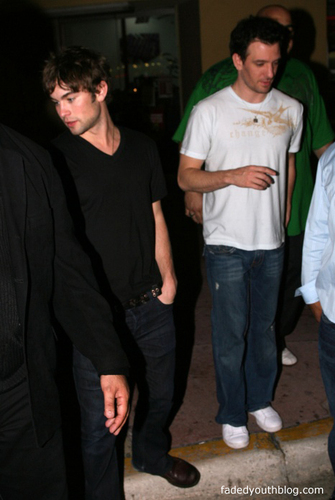 4
Chace Crawford & JC Chasez
added by notesofchange
21
A Chuck & Blair One-Shot: Meltdown
posted by ChuckBlairLuvA
*This oneshot is not connected at all with the other fanfiction I put up on here. It takes place sometime into Season 2. Blair has tried everything to make Chuck jealous and even if there are signs of it occurring, they are very subtle. Chuck had tried his very best to put on a 《勇敢传说》 face and appears to be the very 低音 he was, before he ever slept with Blair. Blair finally cannot take it anymore. She is heartbroken. She wants only him and can’t even seem to create misery for him to make him pay for what he’s done. She goes to him, to confront him on her feelings and to 问题 his own....
continue reading... 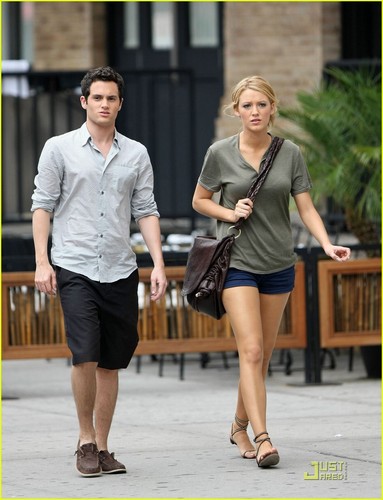 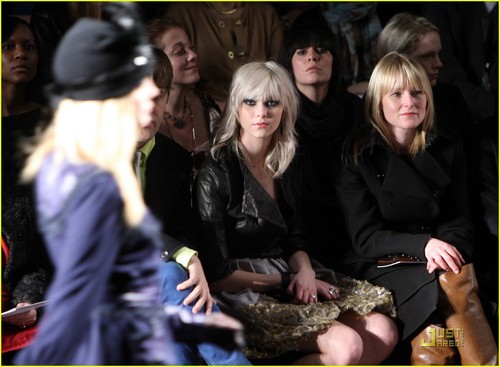 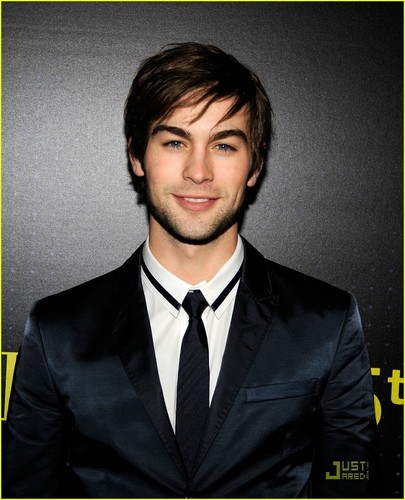 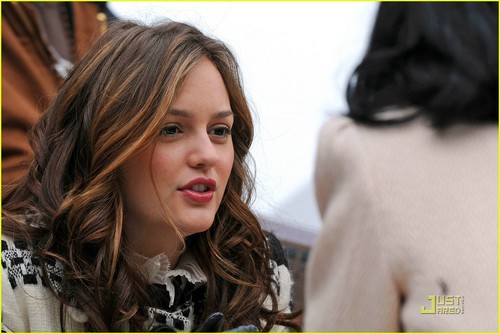 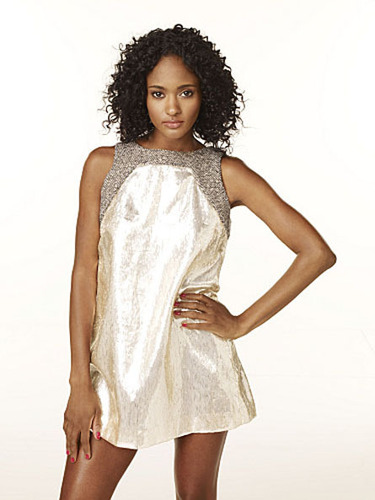 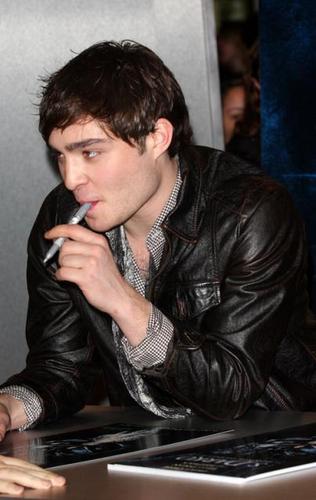 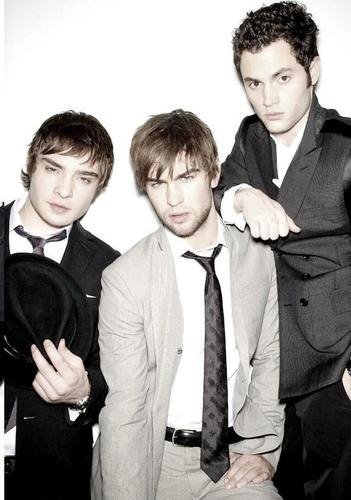 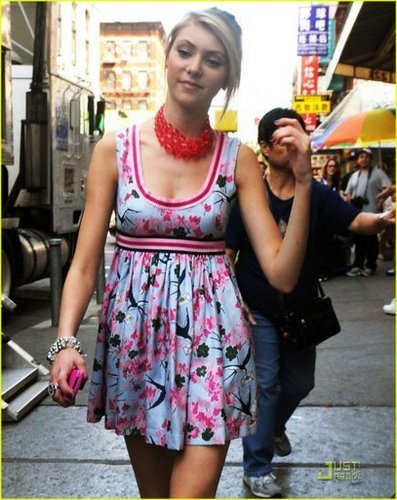