Princess Rose Red: The Daughter of Snow White & Prince (Part 2)
posted by sweetie-94
The 爬坡道, 小山 was so wonderful that Rose Red felt sad over leaving them, but she was ready to see the castle.

The 城堡 was so big and beautiful and was located close to the sea and was high up the mountains.

They went inside and after a while Rose Red discoverd a mirror and asked her mother about the mirror because she thought that she saw a face in it.
"It's a magic mirror, 你 can ask anything and it will 你 the answer, but when I lived here there I lived with my stepmother and she used the mirror to ask who the fairest one of all was and usually it 说 that she was, but one 日 it 说 that I was the fairest and since my stepmother was vain she didn't want anyone else to be 更多 fair than she so she sended a huntsman to kill me, but he didn't, he told me to run into the forest and never return, there I met some 动物 and they led me to the cottage we passed 由 before and they protected me from my stepmother until one 日 when she came dressed as an old hag and gave me a poisned 苹果 that made me fall into a deep sleep, but I was awaken 由 your father, he kissed me and he took me to the 城堡 we live in now", Snow White told Rose Red.

But suddenly Rose Red felt like someone grabbed her and then she was taken away from her mother, but her mother was gone, but she rememberd why she had gone, because there was someone living here.

At first Rose Red thought that she would be taken to prison, but instead she was forced into wearing rags and now she had to work very hard, but who could do something so terrible to her? None other than a 皇后乐队 who had found the 城堡 when Rose Red was born and she was very vain, but Rose Red didn't knew it.

Meanwhile Snow White discoverd that her daughter was gone and started to 搜索 around the castle, but gave up when she couldn't find her and returned to the 城堡 with tears in her eyes.

One 日 when Rose Red did her chores a prince rode by, he was almost Rose Red's age and looked very handsome. He climbed over the 墙 and saw the beautiful Rose Red and suddenly she discoverd him.
"What are 你 doing here", she asked him looking unimpressed 由 his entrance.
"I rode 由 the 城堡 when I heard a beautiful voice that seemed to belong to you", the prince answered.
"Why are all princes falling for a girl's voice instead of the personality, but I don't mind the fact that my father fell for my mother's voice because they're my parents", Rose Red thought for herself.
"Could 你 please leave, your making me angry, if 你 don't leave then you'll go to prison because there's someone living here and you've just broke the rule about entering someone else's house", Rose Red 说 red as a 番茄 in the face.
"Okay I'll leave, but can we see each other again soon", the prince said.
"Hm, maybe if 你 can tell me your name", Rose Red said.
"My name is Harold", the prince answered.
"Nice name, well okay we can see each other again, but promise me that you'll never again breaks into this 城堡 again", Rose Red said.
"Okay, I'll promise", Harold answered.

Rose Red continued with her chores, but with a dreamy look for she had found the perfect prince, but he was a criminal, but there was something in his personality and the fact that he was quite handsome that made Rose Red 爱情 him.

That night she dreamt of him and the 下一个 morning the 皇后乐队 awoke her and told her that today she was going to the forest with one of her servants and Rose Red couldn't help but scream out of joy for she had never been outside the 城堡 for ages.

When Rose Red and the servant came to the forest Rose Red picked a pair of 花 for the 皇后乐队 for the fact that she finally was outside the castle, but suddenly she saw a little bird that looked like it was 迷失 或者 something. She tried to help the little bird to find the parents and very soon they saw two bigger birds flying around that looked like it could be the bird's parents and the bird flew away.

With the reason cleared up Rose Red ran through the same forest that she and her mother had walked in years ago, but now it looked like the one she had in her nightmare years ago, it was filled with glowing eyes that came from the dark, trees with throny hands, logs that looked like alligators and more. Rose Red was so terrified that when she couldn't take anymore she fell down to the ground and began to cry.

After a while she looked up and decided to stay in the cottage that her mother had stayed in before and she knew where it was.

When she arrived she waited until the owner's came 首页 so that she didn't felt uninvited for she knew that breaking into the house meant prison for her, but she knew that the law was new because when her mother was her age the law didn't excist and her mother just broke into the house, but Rose Red wasn't impatient and luckily the owner's came 首页 after just a few 分钟 and they wheren't surprised to see Rose Red because they knew that she was the daughter of Snow White and they had seen her when she was very young and now she was a beautiful 18 年 old young woman.

After 晚餐 they danced and had fun, Rose Red had learnt how to dance from her mother who had been a great dancer and was still a great dancer. But then she decided to tell them about Harold, the prince that she met when she worked in the castle.
"Even though he was a criminal because he broke into the 城堡 I still 爱情 him, he's very handsome", she told the dwarfs.

After that they went up to the bedroom and Rose Red tried to guess each of their names without 阅读 the names on the beds, but it wasn't easy though she still managed to guess a few of them.
"Hm, you're Doc", she 说 pointing at the dwarf with the glasses and so she continued with the rest of them.
"You're Bashful and you're Sleepy and you're Sneezy and you're Happy and you're Dopey and then 你 must be Grumpy", she 说 and she guessed right on all of them.

Then Rose Red went downstairs to sleep on the same 床, 床上 that she had seen when she had visited the cottage with her mother and fell asleep.

(End of Part 2)
Chatleen likes this
angelmahi Nice
starlight77 Hmmm so Rose Red just did the same thing her mother did? Same people and all minus Harold right, he's new. What made Red Rose repeat what her mother did? And this makes a lot of sense: "I know that you're trying to kill me, I may not know the reason to why, but I'm going to run away and never return to here". Other than that pretty good. Just try to shake it up and not make it like you're retelling the original again. 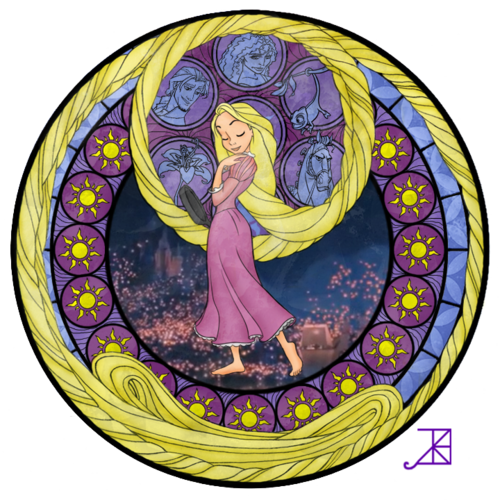 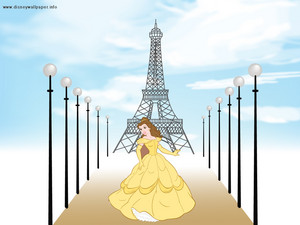 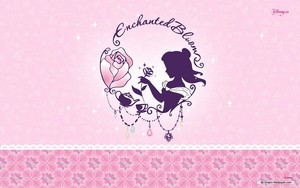 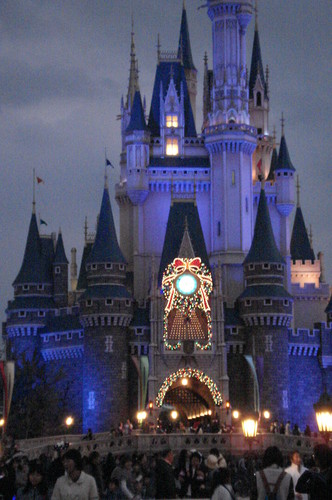 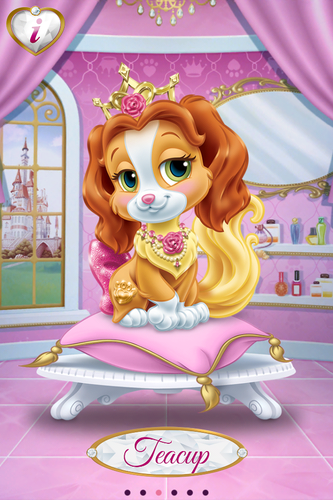 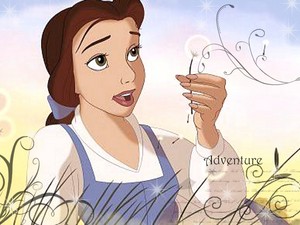 3
Belle
added by jessowey
Source: disneywallpapers.info
A 魔发奇缘 Oneshot "The new Baby"
posted by Arielthemermaid
Hi, I'm Princess Juliet. My parents are Eugene and Rapunzel Fitzherbert. They are EXTRODINARY. I and my little brother Noah, are their children. Mom's pregnant.

I looked at my little brother's crying face, I couldn't help but to ask,

"Noah, what happened?" I said. I rolled my eyes playfully. "Let me guess, mom went into labor?"
My brother nodded his head and hugged tightly around the neck.

"Really?" he asked. I grabbed the grip around my neck he had and nodded. 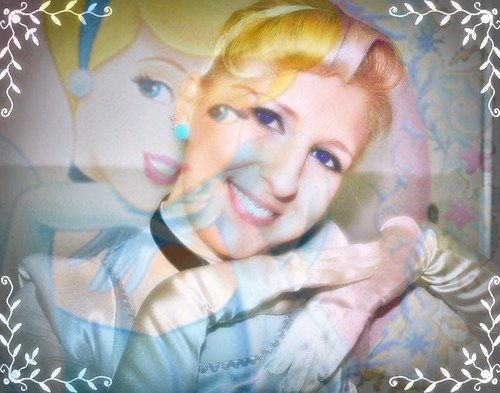 The carefree beauty
I thought since Anna and Elsa have joined the lineup, I should write my prettiest list. This is based purely on looks, so I'm gonna be completely shallow. Keep in mind that this is my opinion. And what better way to follow up my 收藏夹 列表 than with a prettiest list?

12. Merida
*Takes in HUGE breath and breathes out* Merida. Surprise, surprise, my least 最喜爱的 DP is in last place. But I promise, I'm not being biased. I honestly don't find Merida attractive AT ALL. First off, her hair is absolutely gorgeous. Her eyes are pretty, but can be kinda creepy sometimes. I personally don't like...
continue reading... 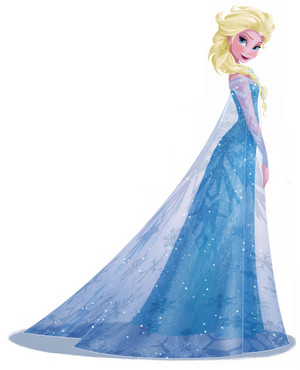 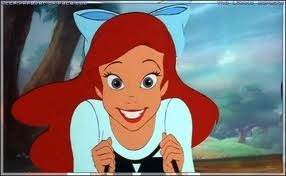 This is why I LOVE Ariel and this is an 文章 to protect her. I know some others done this a few months back, but this MY one. I will be doing the exact same with Merida, but why I prefer Ariel over her will be included. That will be 发布 soon.

Self-Centred...
continue reading...
20
2014 迪士尼 Princess Awards
posted by dclairmont
Hello 迪士尼 Princess fans! I'm dclairmont and I will be hosting the award 显示 tonight! All thirteen princesses made it out tonight, so I'm sure it'll be a great show! So let's get on to the awards!


The first award is for shyest princess. The winner of this category was clear, she blew the others out of the water! The award goes to.....Princess Aurora!

"Oh my! 你 all are such dears! I'm so happy! Oh never, never could I have ever dreamed up something so wonderful! Thank 你 all so much!"

Why this is wonderful!


Aurora, the woman of few words! No wonder she won the award! This 下一个 award...
continue reading... 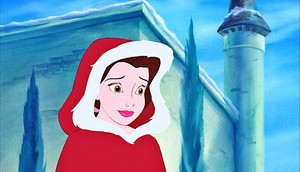 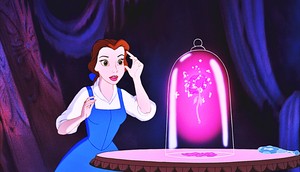 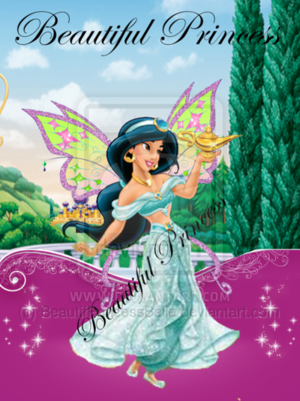 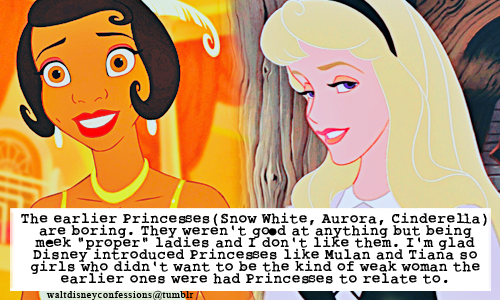 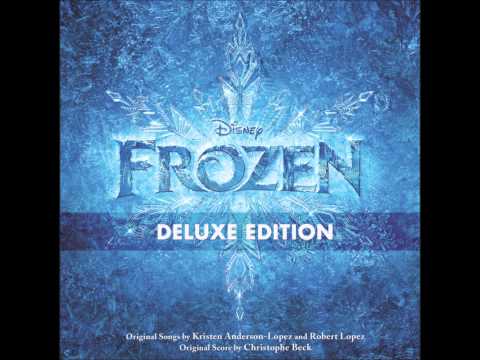 6
Vuelie (feat. Cantus) - 《冰雪奇缘》 (OST)
added by sweety63
video
sweety63
22
潮流粉丝俱乐部 Users That Remind Me of 迪士尼 Characters (2nd Edition)
posted by KataraLover
Years 以前 I made an 文章 about 潮流粉丝俱乐部 users that remind me of 迪士尼 characters so I decided to do an updated one about new 潮流粉丝俱乐部 users, with a few who aren't here anymore but have earned their position in the article. Some things I might say may offend some people but try not to take it too personally and keep in mind I did warn 你 I'm going to be brutally honest, if 你 don't like it it's your own fault for 阅读 it. Enjoy! 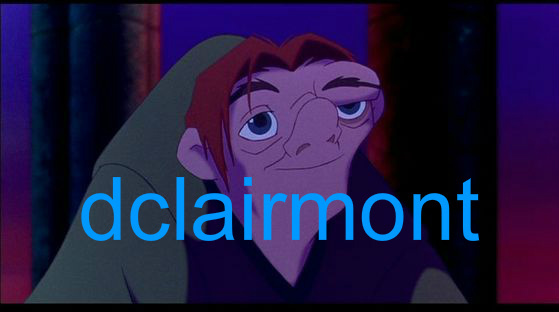 This was a little hard but I realized that dclairmont is the most like Quasimodo. Both are very shy but are amazing guys. They're always very nice...
continue reading... 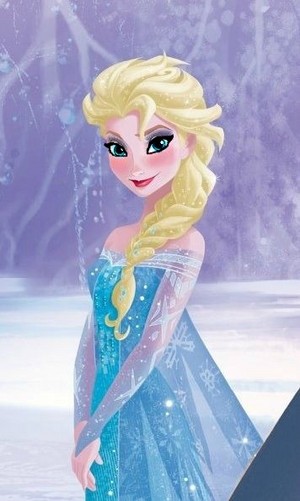 It's Not My Time (SONG 标题 EDITION)
added by mhs1025
Source: Pinterest
13
Purty Princesses. :3
posted by CRaZy_rawR
Mkay. I know my prettiest princess 列表 is kind of full of unpopular opinions. XD I find them all pretty, but some 更多 so than others. I'm going to put the I find the prettiest up for each princess. 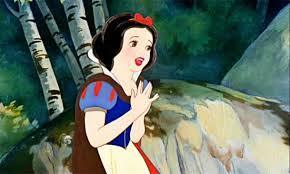 She is cute, honestly. Yes, I do realize that she is only fourteen, and isn't supposed to look mature. I just really dislike her lips, her eye shape, and eye color. I do like her hair. I think her 颜色 have nice contrast, but I can't seem to get past the face shape and her other facial features.