I don't mean to sound boastful 或者 smug, but if the numbers on 潮流粉丝俱乐部 are anything to go by, Delena 粉丝 outnumber Stelena and Bamon 粉丝 由 a clear and outright majority. We have over 5900 粉丝 and we will definitely have reached 6000 由 the time the Season 3 premiere airs in America. Stelena still have a way to go before they reach 4000, and Bamon 粉丝 had just over 1770 at last count. Those numbers should tell 你 something.
And yet, it seems that almost every time Delena is discussed 由 Julie Plec, 或者 even Nina Dobrev, none of the afore-mentioned matters. In a 最近的 fanpick, when asked 'Does it hurt and bother 你 when Julie Plec 说 that Damon is just an obstacle to SE's 'wonderful' relationship', 81 percent of 粉丝 picked yes: 'she's such a Stelena fan'. Now, for those of 你 who don't know the interview, it was in the L.A. Times, and 你 can find it in the 链接 on this spot. Julie said:

"Damon and Elena's closeness is a big obstacle in Stefan and Elena's relationship...Not because of how Stefan feels about it, because he's fully aware that Damon has feelings for Elena. It's the decisions Damon makes and the actions Damon takes to protect Elena, which are in direct conflict often with the way Stefan would like the situation to be handled."

Obviously, I hate the thought of Damon and DE being regarded as an 'obstacle', but I don't know if Julie really meant it like that. If 你 read it in the context of her whole answer, it doesn't actually make much sense 或者 have much to do with the point she was trying to make. It sounds as if Julie is talking about 2x18 或者 2x20, perhaps both. Am I wrong, 或者 is Julie sort of contradicting herself? First of all, she says Delena's closeness is a 'big obstacle in SE's relationship' but in the 下一个 breath, adds that it doesn't affect how Stefan feels, as he already knows that Damon is in 爱情 with Elena. So...how does it pose an obstacle if Stefan is already dealing with it anyway?? Because he already knows that Damon is in 爱情 with Elena, Plec claims that it has 更多 to do with the lengths Damon is willing to take to protect her (like faking Bonnie's death and force-feeding her his blood so she'll survive the ritual) - extremes that Stefan would never risk taking, even for his girlfriend. How does DE's closeness pose as an obstacle to SE? Well...to be honest with you, DE's closeness has always been very much present in Stelena's relationship. Calling it an 'obstacle' is not the most tactful way to describe it, and makes it sound like once SE have tackled it successfully then they'll carry on walking into the sunset together. But do 你 honestly believe that? I would say that there are many other obstacles that are a much bigger issue for SE than Delena, not least of these being Stefan's secret past as a ripper and 最近的 relapse; Klaus, Katherine, and how SE face the future together knowing that Elena doesn't want to become a vampire. What happens after high school? Will they go to the same college 或者 not? Will they get stay together 或者 break up? As Isobel once ominiously remarked to Elena, 'Forever doesn't last very long when you're human.' There are much darker obstacles on the horizon for SE which could easily take them down without much resistance - and has nothing to do with DE at all.

As 不可思议的 as it may sound to those of 你 who are convinced Julie is as pro-Stelena as they come, there was once a time when she had the reputation for being the most DE-friendly. Yes, 你 read that right. DE-FRIENDLY. I don't know what happened, but over the course of the last year, the situation has reversed. DE 粉丝 complain that she never has a good word to say about Delena, but will wax lyrical about the amazing epicness of Stelena to anyone who will listen. In the same interview, she describes SE as 'this wonderfully solid, beautiful 爱情 story'. I have no idea which couple she prefers, if anyone, but I do know that as a producer, she has to say good things about SE in interviews. She has to be 更多 careful with DE, because they're not a couple, but who wants to bet that in the following months, all of that will change, and she'll suddenly become 更多 open and positive in the 评论 she makes about DE? I know that some of 你 are completely convinced that Julie has a chip on her shoulder about DE - and with good reason too - but it wouldn't make sense for her to hate them. If she really hated them, why did she take the job? Maybe some 粉丝 don't care what she thinks, but it's surely not a good sign when a percentage of the fanbase doesn't trust a producer - who is responsible for everything on the show, including what stories get written and who gets together with whom. Let's just remember that whatever she's 说 about DE and SE, she's not the only producer on the show. Moreover, if she didn't want DE to be together at some point, the story wouldn't be written to make us want them to be. In the last year, Julie and Kevin have 说 things about Stelena to make 粉丝 think they are their favourite couple, but there's a vast difference between what they SAY and what we actually see on the show. In other words, it's actions that count, not words.

Moving on to HarperTeen and Alloy Entertainment, who fired L.J. Smith from 写作 any 更多 图书 for them earlier this year. Apart from the official statement from the 作者 herself about the new direction the 图书 would be taking which seemed to 确认 the worst, there have been a few reports going around which, if they are true, certainly do not sound promising. The 问题 is, can 你 cut a relationship which has formed the basis of an entire series out of the equation altogether 由 attempting to dismiss it as infatuation 或者 some other weak argument? If so, can 你 do that without angering scores of fans? It's terribly ironic that the publishers would do this when they arguably owe a great deal of the 图书 success to the popularity of the 爱情 story between Delena in the first place. 你 would think that the last thing the publishers of a franchise as big as 'The Vampire Diaries' would want to do is lose readers. 由 cutting Delena out of the new series, that's exactly what they will do. Anyone remember the time before 'Midnight' came out, and there were all these rumours circulating (probably from leaked emails L.J. sent to a Bamon 粉丝 或者 two), that the book would be chock-a-block full of Bamon goodness? Delena 粉丝 rebelled. They would not buy 'Midnight' and that was that. Of course, after the 图书 were published (I think they were released in Australia and New Zealand first?) all that changed. The publishers have shown contempt for their readers, not just in firing the author, but 由 disregarding and underrating one of the most valuable and important elements of the 图书 which makes them so interesting. It's bad enough that they fired L.J. Smith because they didn't agree with her vision for the books, even though she had been 写作 them for years, and was perfectly entitled to say which couple she wanted as endgame; but to deviate so wildly from the series. I mean, if they had fired her over some other legal matters which had nothing to do with the story, then maybe it wouldn't have been quite so bad. If the new series had picked up where L.J. left off, and was going to be 更多 Delena-oriented, then it might have been fine.

This brings me to my 下一个 point: surely 写作 a new set of 图书 about Delena is 由 far the best option for the publishers? Here is my imagined trilogy NOT written 由 L.J. Smith, but sticking as close to her vision as is possible:

Book One: Elena finds a way to get Damon back - but it's treacherous and could cost her her life.

Book Two: Damon struggles to cope after being in another dimension for so long, and Elena now knows who she must be with. But it means breaking Stefan's heart...

Book Three: Stefan leaves Fell's Church on a quest to become human; Damon and Elena celebrate their marriage 由 going on an indefinite honeymoon that takes them all over the world. And they all lived happily ever after. The end.

I think that while it's comforting to know that Delena were L.J.'s choice for endgame, it's also frustrating. We can see the ending, but we'll never get it. However, it's unlikely that even if she hadn't been fired, L.J. Smith would have been able to write the ending for the 图书 she really wanted to write. It's clear her publishers were strongly opposed to Delena ending up together, and because they were the ones who called all the shots, I don't think we would have got the happy ending we wanted without leaving it open for Elena to return to Stefan at anytime 或者 some other concession that ruined it. As for the new books...the rumours going around might be false (if someone can 确认 them, please 评论 below), but I think they will find a way to delay the outcome of Elena's choice as long as they can churn out new books, 或者 put off her decision altogether. When Elena makes her choice, then the series is basically over.
Only time will tell what direction the publishers decide to take, but I think they will discover that 由 cutting Delena out of the books, readers aren't the only ones who are losing out. The big losers might just turn out to be the publishers themselves... 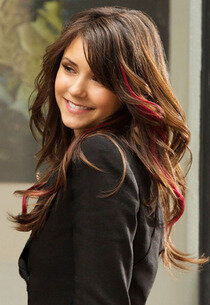 4
Elena Gilbert 4x17
added by AnamHussain95
Source: twitter
9
Stefan did NOT resist compulsion in 3x05 'The Reckoning'
posted by HaleyDewit
Klaus compelled Stefan to feed on Elena once the clock was on zero. When the clock was on zero, Stefan stabbed himself, to slow himself down, to give Elena a fair chance to run. It was a noble, and selfless act, but it was not resisting compulsion. When Klaus compelled Stefan to turn off his emotions, and to feed from Elena, Stefan did. He DID turn off his emotions, and he DID feed from Elena.

Damon allowed, ORDERED Jeremy to kill him when he was compelled to kill him. He’d rather sacrifice his own life, instead of taking Jeremy’s, because he knows how much Jeremy means to Elena.

So, Stelena shippers who believe Stefan loves Elena more, because of their stupid ‘compulsion theory’, can shove that theory right up their ass, because it’s a load of crap! 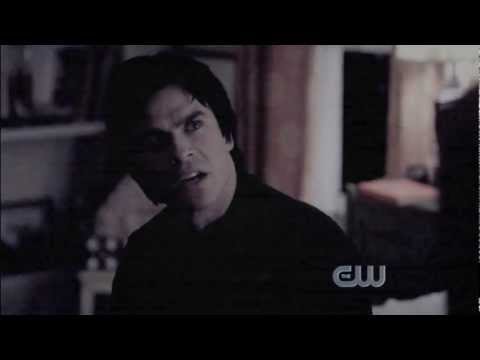 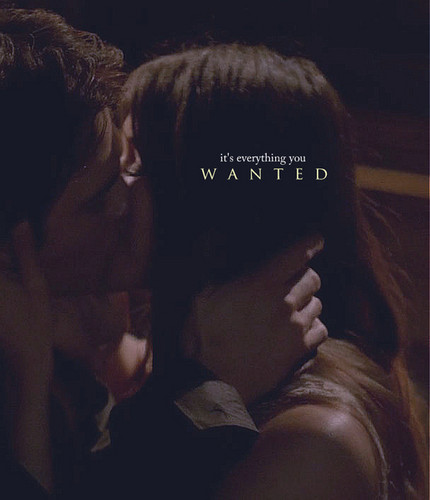 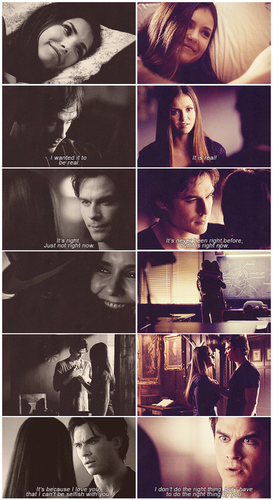 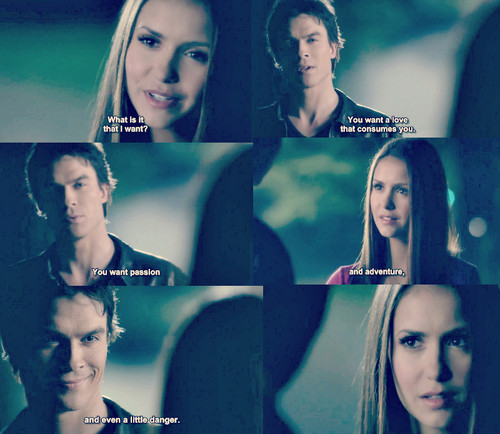 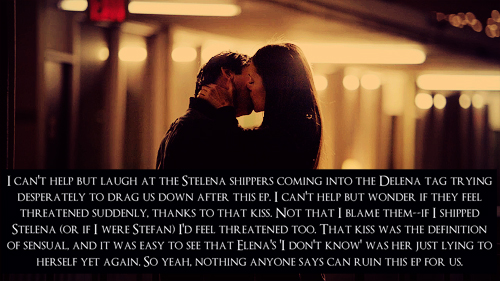 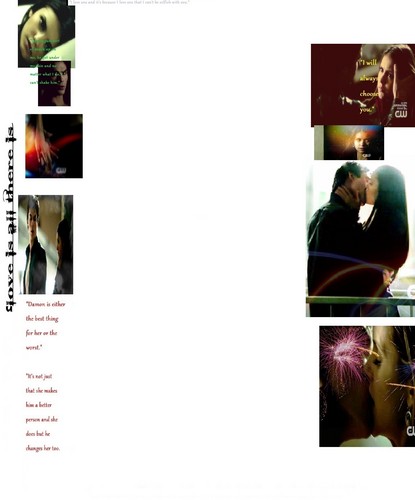