40
最佳, 返回页首 Ten Saddest 迪士尼 Movie Moments
posted by princesslullaby
I decided it was time someone wrote the 列表 for saddest 迪士尼 moments, so here goes. Someone else wrote the same 文章 that I completely disagreed with (half the moments were from the little mermaid) so I decided it was time for me to write my own article. 迪士尼 is known to make people laugh and cheer, but also for making people depressed and making them cry. I have cried at numerous 迪士尼 films, because all of them have their sad moments. Some of my choices may surprise you. 迪士尼 is famous for it's sad moments, but to me, none are 更多 sad then the following list. I hope 你 like my article! 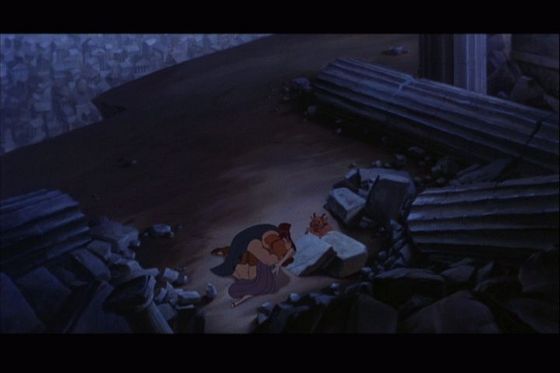 10. Megara dies to save Hercules
I think what's most painful about this is knowing that Megara had just been 给 her freedom, and still sacrificed her life to save Hercules. She's the only one of the 迪士尼 heroines who actually dies for real, and sadder even is Hercules crying at her death, because she had just told him she was in 爱情 with him. 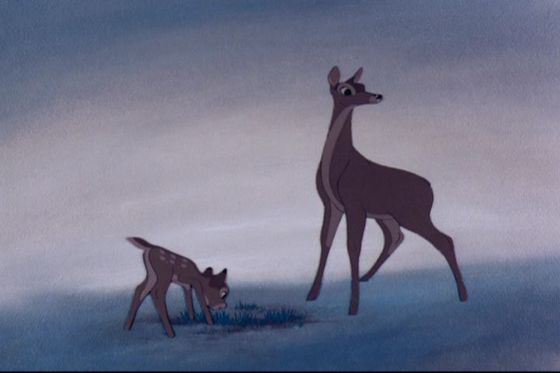 9.Bambi's mother dies
This scene is incredibly depressing because Bambi's mother knows she's going to get shot. She keeps yelling for Bambi to run and not to look back. Then Bambi, once he has made it to safety, keeps running around and yelling for his mother. 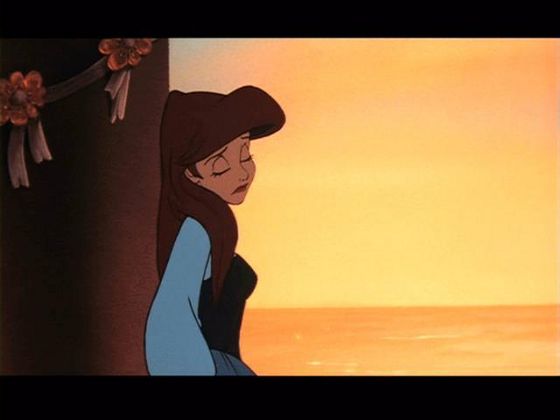 8. Eric leaves Ariel
What's sad about this scene is how hard Ariel has worked to get Eric, and he leaves her for Vanessa (Ursula in disguise), because he is hypnotized 由 Vanessa's voice, which is actually Ariel's. What's worse is Ariel can't do speak up for herself and now is doomed to being one of Ursula's seaweed things at the bottom of the ocean, never getting the life she has wanted. 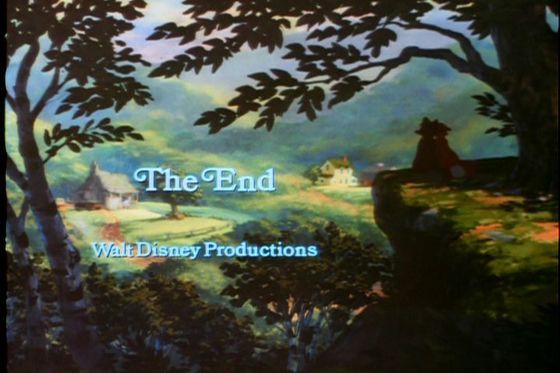 7. Moments of 狐狸 and the Hound
There's a lot of sad moments in 狐狸 and the hound that collaborate to make number ten. First, when Copper tells Tod he can't be 老友记 anymore. Then when Tod is left alone in the woods. Finally at the end when 你 hear their voices echoing that they'll be 老友记 forever when they can never be 老友记 again. 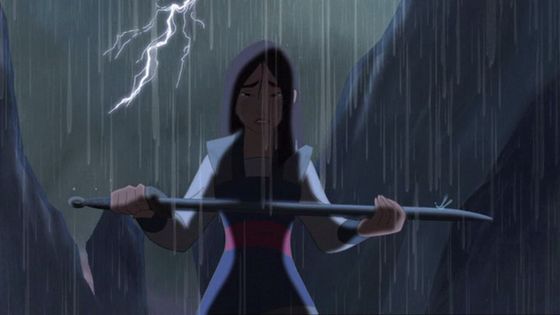 6. Shang's death
This moment didn't happen until 花木兰 2, which a lot of 你 may have not seen. 花木兰 and Shang had broken up at this point and were not on speaking terms. They are ambushed and 花木兰 and Shang are hanging off a rope on a bridge over a canyon. The rope is starting to break because it can't hold both their weights, so Shang lets go to save Mulan, even though they are no longer together. Shang's sacrifice is so sad, and it's even sadder when 花木兰 is sobbing and screaming "SHANG!" while stabbing his sword into the ground. 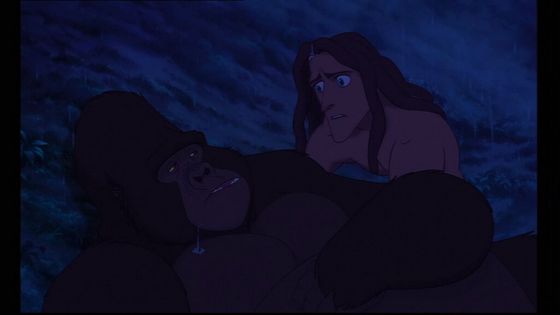 5. Kerchak dies
This scene is very upsetting because until this moment. Kerchack has not treated Tarzan like his son. It is not until he dies that Tarzan earns Kerchak's respect, and Kerchak calls Tarzan his son just before dying. It's an extremely bittersweet moment. 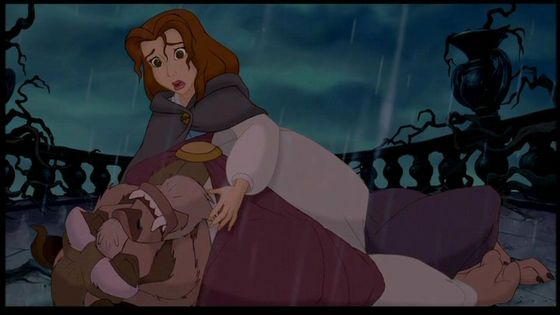 4. The Beast dies
First the Beast lets Belle go, then he dies because of Belle 展示 him to the town through the mirror to protect her father. Belle feels she is responsible for the Beast's death, who she also realizes she loves. To lose someone who has sacrificed so much for 你 is a terrible thing to go through, and I admit I cry like a baby whenever I watch this scene. 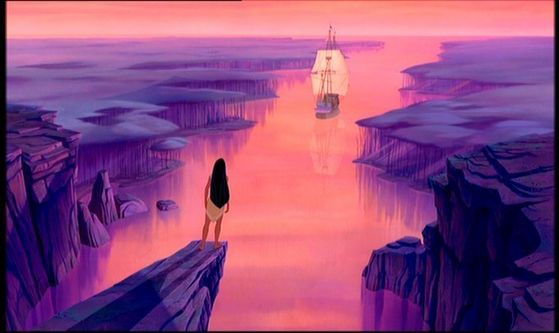 3. John Smith leaves
Pocahontas and John fell in 爱情 and worked hard for their people to get along and achieved this, only to have John get shot in the end. This means John has to leave, and Pocahontas and John can't be together. This is the only 迪士尼 princess sad moment that doesn't turn out happy in the end, leaving anyone who watches it depressed right after, amidst the swirling leaves and dramatic music. (hey, at least we still get a dramatic steamy makeout 吻乐队（Kiss） to help ease the sting!) 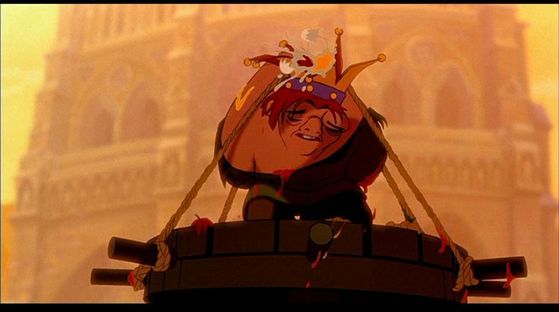 2. Quasimodo is pelted and abused at the Feast of Fools.
I didn't see this movie until I was about fourteen, and this has got to be the most dark and depressing movie 迪士尼 has made. Frollo is the most evil 迪士尼 villain, torturing Quasimodo until the point where Quasimodo cowers and shuts down whenever Frollo is around. But the worst moment had to be at the Feast of Fools where Quasimodo was tied down and had 食物 thrown at him while crying out for Frollo to help him. But Frollo just turns away and Quasimodo is continued to be abused. Then when he is finally set free he has to run back through the crowd back into the building and the whole crowd backs away in disgust. He cries the whole walk back. I can't imagine what it's like to have a whole town of people look at 你 like a monster, especially since in his 20 years of being alive he has never been outside the cathedral he lives in. I cried at this scene 更多 than any other 迪士尼 scene, EVER. 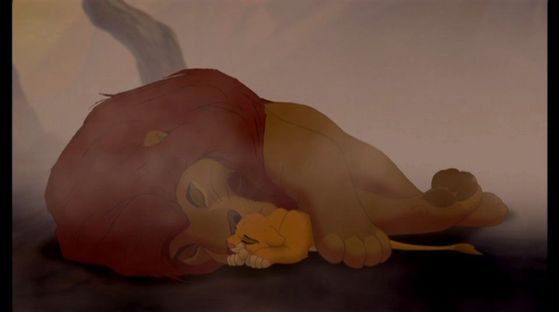 Below are four lists of 迪士尼 songs that either have lyrics that apply 或者 just have a vibe that I associate with a particular season. This is 由 no means a complete list, as I have only included songs I'm familiar with that feel seasonal. 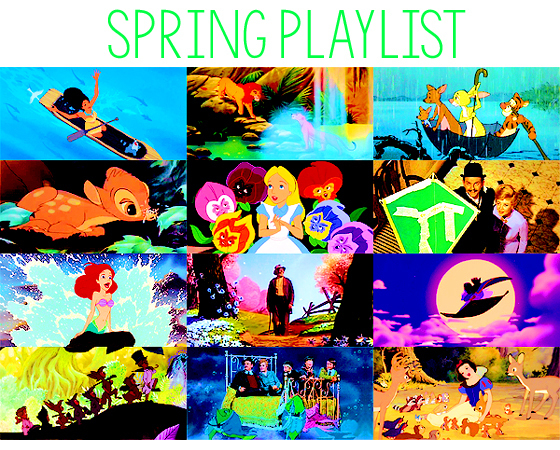 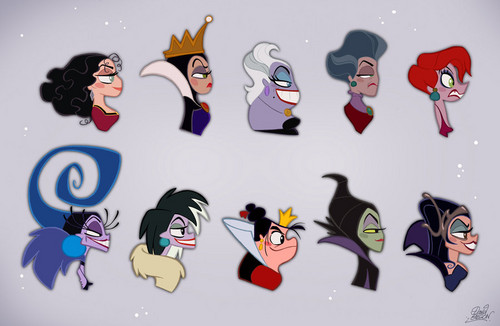 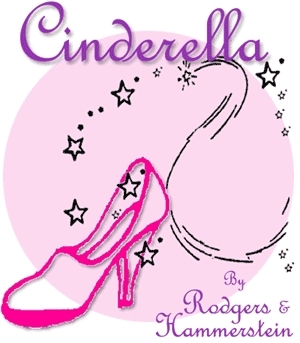 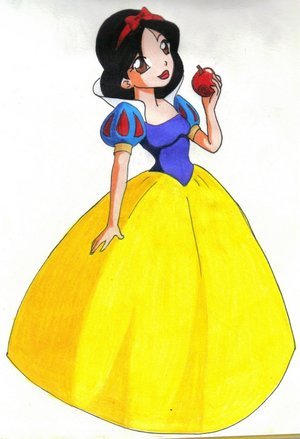 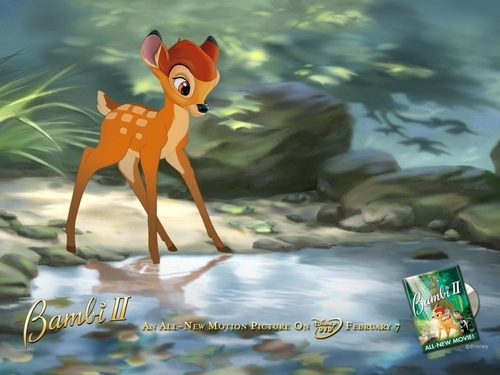 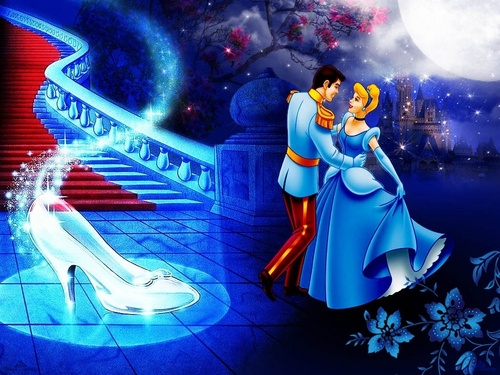 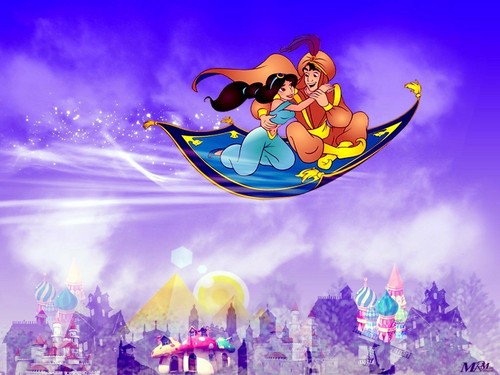 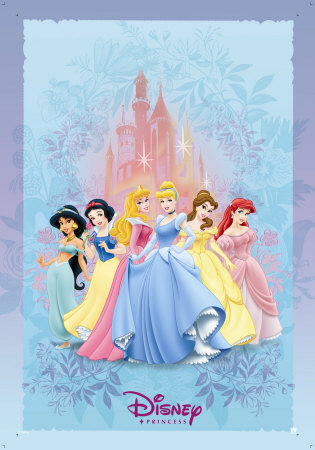 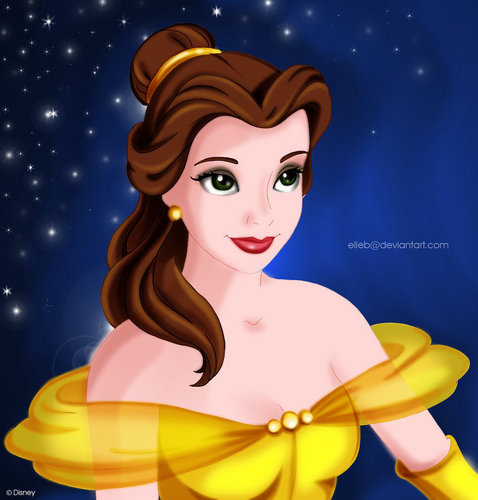 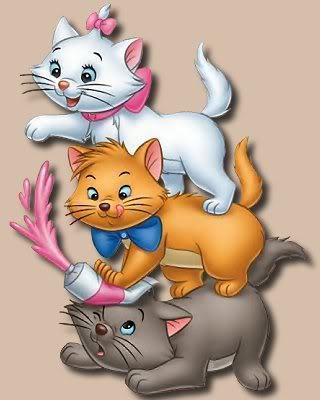 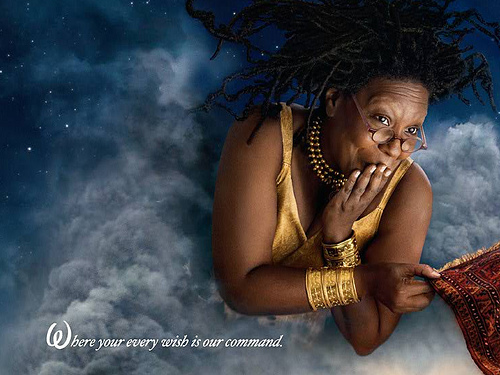 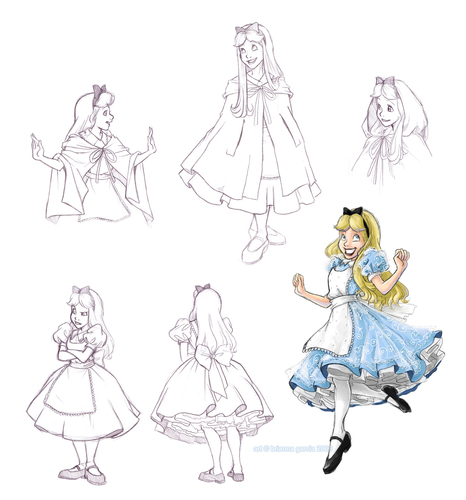 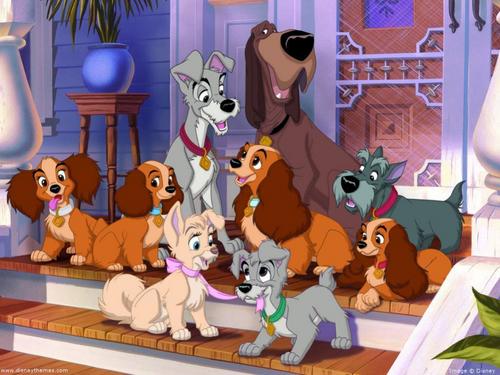 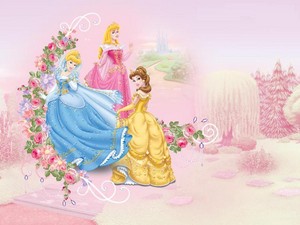 Disney produced a looot of great live-action and hybrid 电影院 over the years, but they always seem to get overshadowed 由 the animated ones. (Not to knock the animated movies, I have a 列表 of those on the way too.) Here are my 最佳, 返回页首 10 live action and hybrid classics, for that good old fashioned 迪士尼 feel: 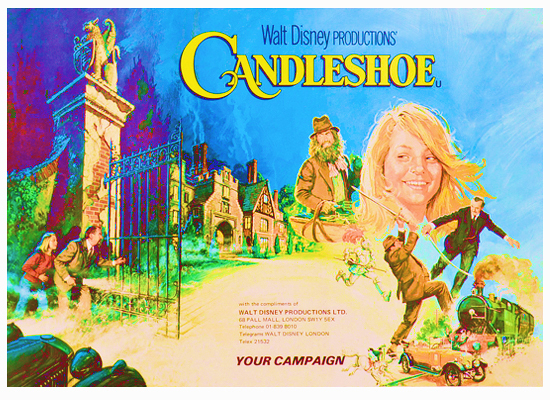 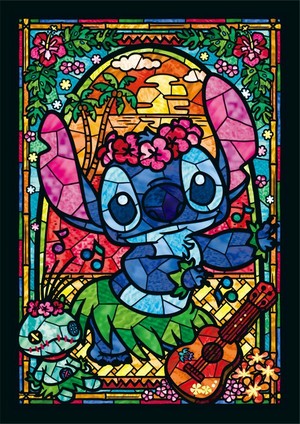 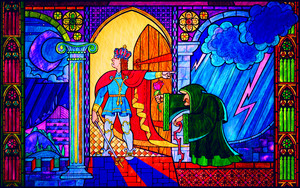 1
Beauty and the Beast 壁纸
added by DarkSarcasm
Source: Disney/edited 由 me 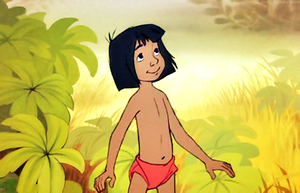