Disclaimer: I don’t own Gossip Girl.

Summary: “I hold her closer that there’s no 太空 between us and I smell her hair (I always loved her hair) but there’s no fluttering. I’m not smiling that lovesick smile when I watch her sleep but still it’s ok. I’m ok.” Post season 2 finale.

I know I should update my other fics but I got this idea and couldn’t help but write it, because I don’t like it that it’s always about Chuck hurting Blair and cheating when their together. I update Season of 爱情 and Don’t leave me behind soon I promise! Please let me know what 你 think about it.


“I'd take another chance, take a fall, take a shot for you
And I need 你 like a 心 needs a beat but that's nothing new
I loved 你 with a 火, 消防 red, now it's turning blue
And 你 say Sorry like the 天使 Heaven let me think was you”
“Apologize” Timbaland feat. One Republic

I know I would feel it. If I could. Like I could at the beginning. Like I always could. Always. Well not anymore. I would feel my 心 tightening with acceptation. Fluttering. I’d give anything to feel it again. These 蝴蝶 in my stomach. I miss it. This happiness. I would feel happy all of a sudden and I’d believe is here to stay for long time. That it will be always like that. Forever. I thought about it. I still do. Because no matter how it will be forever. I don’t feel it anymore even thought it still will be forever. It has to.

Still I know it will be soon. I’m waiting. Because I need her and she will come. She always does. So I’m waiting. Because I need it. It’s not the same after all this time. Not that time matters. It’s not about time, it’s about what happened and what is happening. All over again. All the time. They say I should leave. They care so they want me to be happy. That I’m weak staying. Maybe I am. So what? I can’t be happy with anyone else so it doesn’t matter. I say that I’m still alive so it’s good right? They don’t confront me anymore. That’s good.

It was third time I think. Damn I know it was. I’ll never forget it. I looked in her eyes and I knew. I’d do anything to come back. Not even to before it all started go wrong. Definitely not to first night so we wouldn’t happen. I would never turn back time even if it will destroy the pain. She’s worth it. She’s worth everything. Just to first time it happened. So I would always feel like than. I would still be waiting but when I’d hear her knock I’d open with smile in my head. I couldn’t 显示 it. Not yet. First she would tell me. She’s sorry. She doesn’t believe she did it. She had just missed me and Serena was busy 或者 she had drunk too much and 迷失 her head. We both know she can’t hold her liquor. I would understand. Why shouldn’t I? I used to do it all the time. Sure I didn’t have girlfriend but I hurt her many times in the past and she always kept forgiving me. Besides I work a lot. I leave for business trips. Sometimes a weekend, week 或者 whole month.

I was afraid when I left first time. Sure it was only a week but I feared that she will see what she’s missing with me always 下一个 to her and she’ll want other life. Free life. With college parties and guys. And she did somehow. She had her wild college night with her new friends. But she came to me when I came back from trip. I knew before. I saw gossip girl post and she told me the truth. I told her we will talk when I’ll be back .So she came and I was relieved since sitting in my hotel room in Spain all I could think about wasn’t that I should be angry and yell at her. Instead I thought what will happen if she doesn’t regret it and wants to leave me. So I didn’t yell 或者 tell her to get the fuck out like I would few months ago. I just listen when she keep saying it was mistake and she doesn’t even know him whoever it was. It doesn’t matter thought. She came back and I’m not old Chuck. I’m new Chuck and I can’t think of my life without her anymore. So I say it’s ok. We can work it out because I 爱情 her and she loves me too. And I’m not Chuck 低音 without her. We made 爱情 this night and I listen to her moans and know only I can make her feel this way. We’re happy. It’s like before. I wake up 下一个 to her every morning, eat 晚餐 and make 爱情 to her every night. I feel whole again.

I don’t want to go but it’s important. Lily says so and she says I have to go. I worked few months to get this deal and now it’s one step before me. Just two weeks. She says it’ll be fine. I believe her. I always do after all.

It was all the same. It didn’t 交叉, 十字架 my mind that it will happen again when I was leaving because I truest her. I trusted when she 说 it was one mistake. So I truest her again when she says it was the last.

I don’t even protest when she goes for girls night few months later. It’s great again. I’m happy but I’m not leaving again. Not until I have to and even than I’ll take her with me. She comes 首页 late. I know because I’m waiting for her with dinner. Surprise romantic dinner. I like doing that for her. Her eyes shine then and she smiles one of this true smiles. As she comes in and I meet her eyes I know. This time I don’t feel happy as I hold her after we made up. But I’m ok. I have her. She came back and I know she always will so I’m ok.

I go for a 月 trip. It doesn’t matter anymore if I’m away so I can go. Alone. She can’t go with me since she has exams. I 吻乐队（Kiss） her goodbye and says “it’s ok” when I’m back and she’s sorry. “It’s ok.” Because it is for me. Because they’re just some 随意 guys. Because she’s here with me. Because even if I’m not happy there’s still 蝴蝶 when I wake up 下一个 morning.

After 6th time when I hold her I feel empty. I hold her closer that there’s no 太空 between us and I smell her hair (I always loved her hair) but there’s no fluttering. I’m not smiling that lovesick smile when I watch her sleep but still it’s ok. I’m ok.

I don’t know which time is it. I don’t count it. I’m thinking about our three years anniversary. It was two weeks ago. I took weekend off work and we went to France. She loves France. We were there during our first summer together. She smiled when she saw our suite in candles and roses. I know she loves romantic gestures. It makes her happy and I only want that. We had 晚餐 at the rooftop and as we were dancing she 说 I make her happy. She wants to change and she’s sorry. I nod because I can’t let myself believe it again. I brought her a bracelet with butterflies. Maybe because their gone and I miss them but when she says she’s happy I didn’t murder them I just smile. She gave me a scarf. I still 爱情 them and I think not this 年 either. Maybe next? I really shouldn’t waiting for it anymore but I always find myself thinking about it. I want it because he had it. So I’m hoping I’ll get her pin. I know it’s just a pin and she probably doesn’t have it anymore. I remember our first anniversary and how excited I was thinking she will give it to me since she’s with me now and she loves me not him. And I 爱情 her 更多 than he ever would. I always did. Maybe 下一个 年 sounds good enough. There will be 下一个 year. There will be next, 下一个 and that to the end of my life. I won’t let her go no matter what because when I’m waiting now I need it.

Not happiness like when I told her I 爱情 her for the first time and she kissed me. Not want like after our first night. Not fluttering like after our first real date. I’m not sure I could feel it again. No it’s like after my father died and a part of me with him (yeah he fucked up my life even after his own death). I’m numb again. Just it’s not alcohol and drugs I need this time. It’s her. Not 蝴蝶 thought I miss them. It’s hearing her say it and knowing that she loves me. Because I still believe she does. Maybe it isn’t true but when she comes back every time I can lie to myself. I’m good at it. Making myself believe she still feels it and someone can 爱情 me after seeing true me. I trust her that she loves me like I 爱情 her. I do. I think I will always 爱情 her.

So when I hear knocking I open the door and take her in my arms without any words.
Because I need it. And it’s ok.
ksbass likes this
10
Chair Tales SEASON 2- E14- The Waldorf Redemption
posted by GGirl_CB4BW 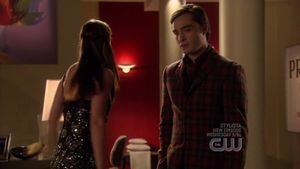 Let there be Blood...
Chair Tales S02E14- The Waldorf Redemption

Chuck's car stops on the driveway. He climbs out of the car. Every kilometre he drove made him even angrier, thinking about what she had done...the lies, the cheating...

He takes out his keys and opens the door. He walks into the lounge and finds her sitting there watching the TV, all smug and happy. It made him sick. How could she just sit under his roof with such a big smile on her face whilst she was pregnant with another guys baby.

B: Chuck, where were you? I only got back a while ago, i thought you'd be home. (she...
continue reading... 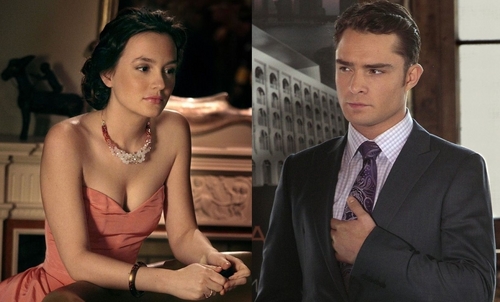 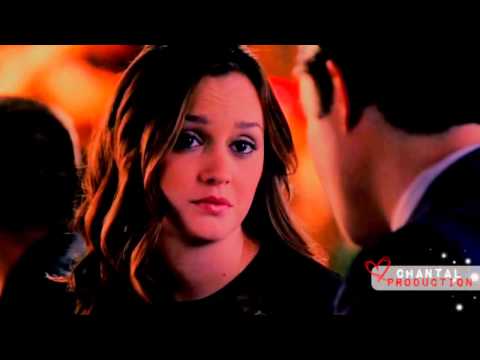 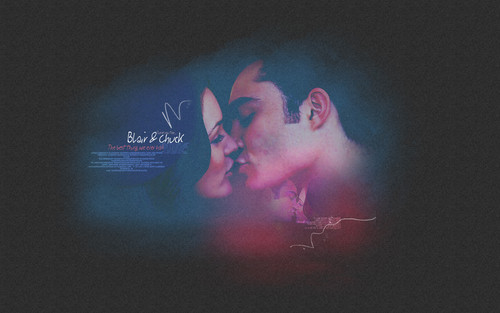 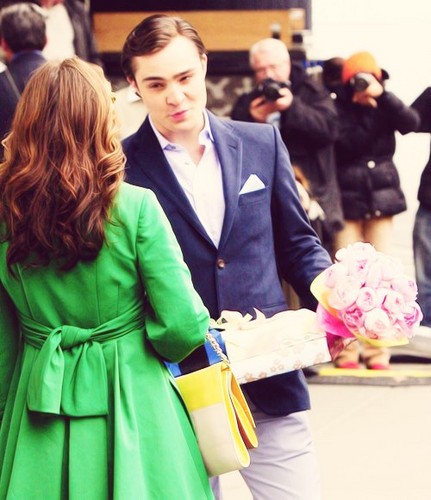 2
Everywhere I went, 你 caught up with me. So I had to come back ♥
added by laurik2007
Source: #Save Chuck and Blair - Gossip Girl 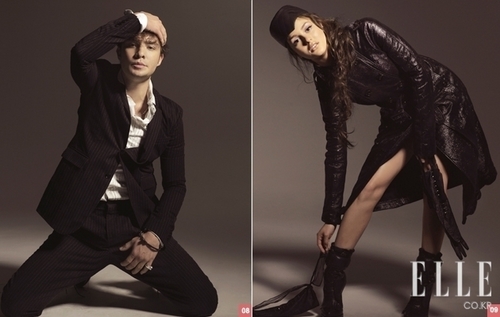 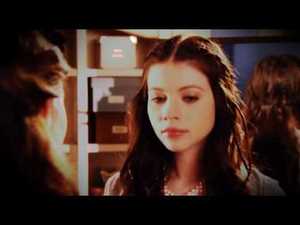 Blair had been wondering all week about why georgina was back. of course she knew she was looking revenge but that was two years ago. she was on her way to chuck's when she heard yelling around the side of the palace and decided to listen in. she...
continue reading... 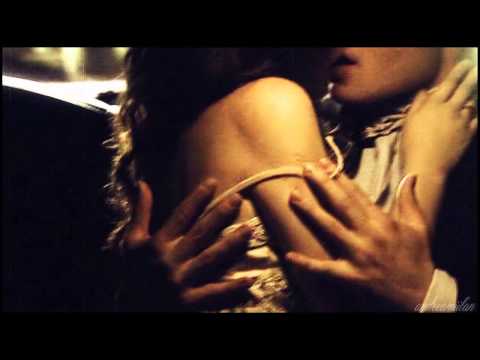