Arthur was pacing nervously in his chambers as someone knocked and Sir Leon opened the door.
“Sire, everything is ready.”
“Good, “Arthur nodded. “Let’s hope that it works.”
Leon was about to leave when Arthur called him. “And Leon, please make sure there is a guard placed at Gwen’s house tonight.”
“Of course, my lord”, Leon bowed and left.
Arthur was left alone with his thoughts again. He was glad that Gwen was back and he wanted her to be safe, he won’t let Morgana get her again. Despite what happened he did not want to be without her again.
Meanwhile, Merlin walked Gwen back to her house.
“Is there anything 你 need?” He asked.
“No”, Gwen answered with a smile. “I’m fine, thanks Merlin.”
He patted her shoulder. “I’m glad to have 你 back here and so is Arthur. We tell him about the enchantment when the fight is over and then 你 can be together again. I promise.”
“That would be too good to be true”, Gwen sighed and went into her home. It was empty and cold without the candles and 花 and the few personal things that has been left. It felt like ages 以前 that Arthur proposed to her right here. She closed her eyes and got 迷失 in the memories of the happiest 日 of her life.

It seemed that nobody could sleep that night in Camelot. Merlin lay awake nervously hoping that their plan would work. He hoped that they would have the slightest chance to defeat the deadly army of soldiers that Morgana has planned to send through the tunnels into the 城堡 of Camelot. Merlin concentrated and listened carefully. After a while he heard something, he stood up and went to the window. He could watch someone leaving Camelot in the shadows of the night believing to be unseen. Merlin smiled about oblivious Agravain who is riding with the false stolen plans to his mistress, leading the army into their trap.

Part 8: link
zorbaparry and KshMcKenzie like this
MISAforever YAY Thank you!!!! aww it is so cute how Arthur is worried about her safety. But of course he is. And it is still hard to see Gwen heartbroken even after she knows she's done nothing wrong.
zorbaparry I have to admit that I was hoping it was Arthur who was sneaking out of the castle to cozy up to Gwen. It is fun it read more about merlin and Gwen's friendship!
guen_evere Liked reading this two chapters!! continue soon.... :*
Marriage 由 Agreement (medieval arwen) - chapter 1
posted by sportyshuie
Arthur yawns, stirs and stretches out his arms. He feels tired and his limbs are aching all over. A good hot bath will do the trick for his aching body. He yawns again. Someone beside him shifts their position. Arthur yanks his eyes open and turns to his left, his mouth dropping wide open when he notices a female body, fully naked, lying asleep beside him. He immediately pushes himself up on his elbow, his eyes never leaving the woman beside him. He has no idea who the woman is 或者 how she ended up on his bed. Arthur starts to sweat. His own topless chest is heaving fast, frightened 由 what...
continue reading...
4
火, 消防 - Part 12
posted by kbrand5333
Part 11: link

They sit quietly for a moment, still pondering the strange coincidence about their mothers. I need to hold him. Gwen leans over and puts her arms around him, resting her head on his shoulder. He kisses her forehead, and notices a scar there, about an inch long, faint but there.
“Where did 你 get this?” he pokes it with his finger.
“I walked into the 厨房 表 when I was three,” she tells him. He laughs, and she protests, “I suppose 你 have no scars from something dumb 你 accidentally did as a...
continue reading...
3
Moving 日 Part 2
posted by kbrand5333
Part 1: link

Arthur steps out into the cool morning air. He looks over at his two companions. Merlin is sitting on the edge of the 大车, 购物车 looking up at the sky and Elyan is lying in the cart, apparently dozing.
“Guinevere’s sent some breakfast,” Arthur says as he walks over and plunks the basket down 下一个 to Elyan’s head, causing him to jump. Merlin laughs, then notices Arthur’s somewhat haunted demeanor.
“Something wrong?” he asks.
“Hmm?” 回复 Arthur, still distracted 由 最近的 memories....
continue reading... 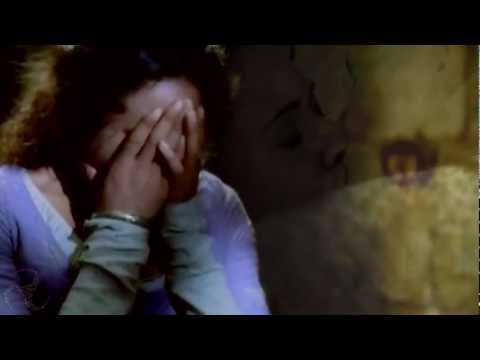 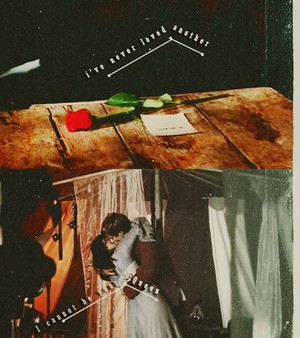 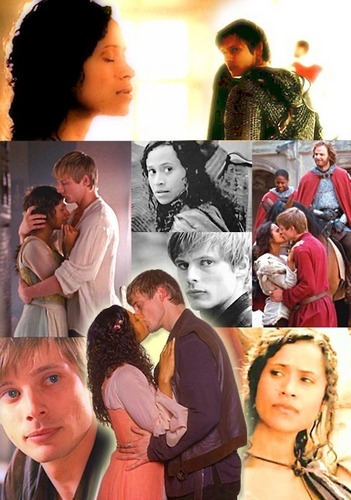 This feels like it happened a century 以前
added by MISAforever
Source: alexvlahos.tumblr 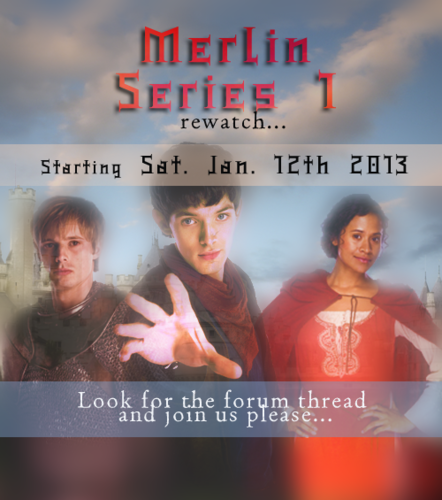 Rewatching Merlin Series 1 "The Mark of Nimueh" Reminder
added by ellarose88
Source: me 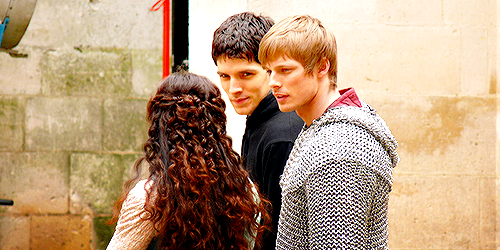 Right End on A Snog (3)
added by EPaws
Source: penelopependragon 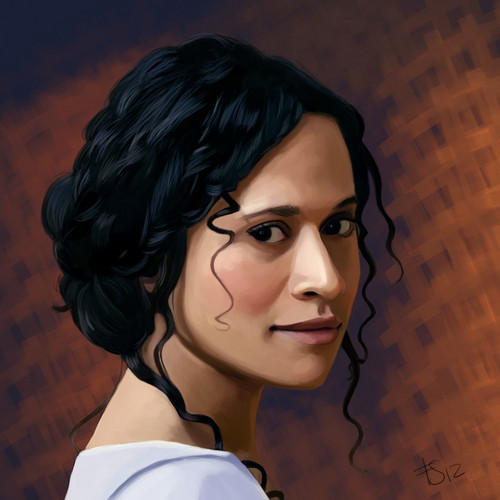 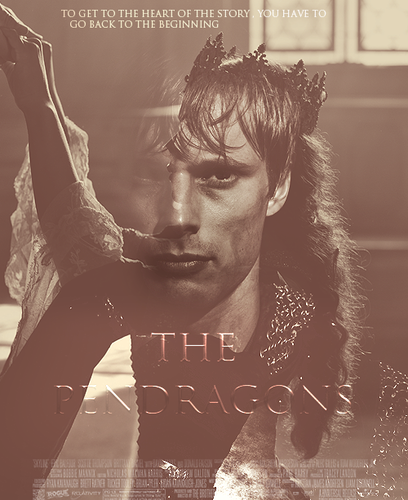 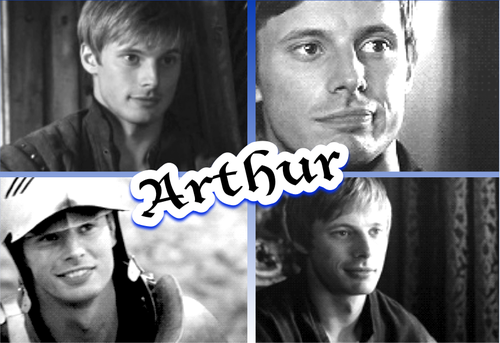 3
arthur
added by ArwenRule
Source: me 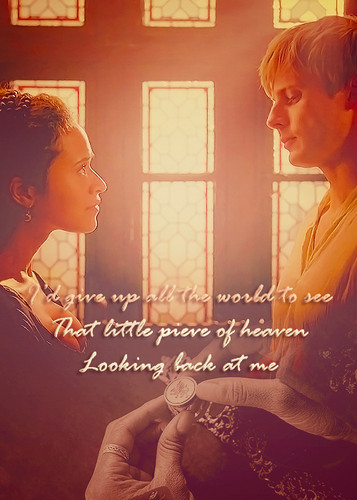 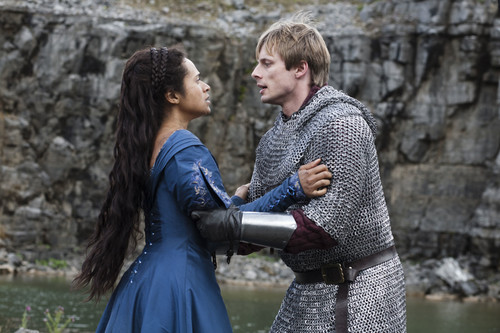 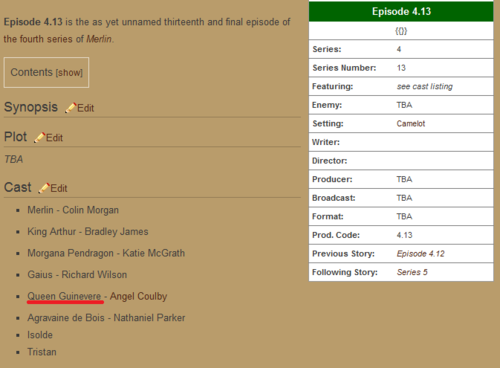