Life goes on. (Part 2)
posted by LexiMcCoia
Through the veil of my tears, I watched my closest friend get lowered into the cold, unforgiving ground. Although the body was wrapped in leaves, I knew far too well that the limp mass was Lexi. As I cried, Humphrey; a fun loving omega put his paw on my shoulder. "Wynter, it's ok, 你 did all 你 could. There was nothing 更多 你 could've done. It wasn't your fault." Wasn't my fault? I looked up at him, tears rolling down my face "Then why....why does it hurt so bad"? He sighed and brought me into his chest and hugged me. As we were hugging he 说 "Wynter 你 need to try to be strong for Lexi." I couldn't though. Right then and there, crying harder than ever before. I broke down. An alpha, sobbing! I was no alpha, we were trained to handle situations like this. And I failed. Between my sobs I managed to speak. "I... I want my friend back." Humphrey extended his arms and looked me eye-to-eye. "Believe me when I say that she is in a better place now." The funeral proceeded, words were spoken, but I paid no attention to the words. The only thing I seemed to be focused on was the hole in the ground, now filled with the omega named Lexi...

It's a dark world when your 老友记 start dying.

After the funeral, I walked back to our den. A sat in there, motionless, positive that I would never be able to accept the terms that Lexi is really gone. I'm never going to see her smile, hear her laugh. These thoughts continued for three straight hours. I was convinced that I'd wake up and everything would be ok. But at the bottom of my 心 I knew it wouldn't. The 更多 I thought about her, the 更多 I replaced sorrow with anger. I slowly became obsessed with finding Lexi's killer. I began to form a plan but I fast became aware that I wouldn't be able to do this alone. I needed help if I was planning on killing the son of a 婊子, 子 that 偷了 Lexi away from me. It was settled, I'd gather some 狼 and we would track down the murderer.

As I exited the den, I was greeted 由 Kate and Humphrey. Humphrey wagged his tail and smiled, but his smile quickly faded. "You're going to avenge Lexi aren't you?" I took a step back. "Y-yeah..." I shook my head and stood up straight "...Yes. How did 你 know?" Kate stepped forward. "Wynter, your mind is clouded with anger, please reconsider." I let out a low growl and got in Kate's face. "If 你 think for one second, that 你 two are going to stop me, I'd 爱情 to see 你 try." Kate's ears perked up but dropped flat as she growled back. "You don't know who you're messing with 你 ungrateful, foolish girl. We are here to help you." I pushed Kate aside. "I don't need your help!" Kate ran in front of me. "Tough shit. You're getting my help if 你 like it 或者 not". I didn't argue, in fact I was glad that she offered once 更多 to aid me. Ok I have a group now. Time to start tracking. Humphrey, Kate, and I searched high and low for any traces of the wolf. Nothing found. 3 days of tracking, and not even a single clue. Then it hit me. I ran to Kate's den. "Kate!" She turned quickly. "Oh Wynter.... I wasn't expecting you. 嘿 listen we need to talk." I walked closer. "Yeah I know I need to talk too, but I know how we can find-." She cut me off. "I'm stopping any further searches, and I'm going to have to ask 你 to return to your normal alpha duties." I shook my head. "No no no, Kate hear me out." She nodded. "The reason is so simple Kate! We haven't found anything because we haven't been looking during the night. I beg you, please one last chance." She looked at me and sighed. "Alright Wynter, last shot." I walked out of the den, satisfied. I began to feel like this was really going to happen. I was going to find that wolf, oh when I do, 你 better believe there would be bloodshed.
LoneOmega Damn...This story is good...I really almost cried in the end of the last chapter ...
Slenderwolf So good.
bbuchanan96 This a really great story :)

5
Making of A&O 2 (Livestream Footage)
added by TheChriZ1995
Came across this video on YouTube and apparently these two Livestreamed A&O 2 with their commentary. This is just them looking into the bonus features, pretty entertaining to listen too but keep in mind they do bash it a bit.
video
alpha
and
omega
2
live
stream
footage 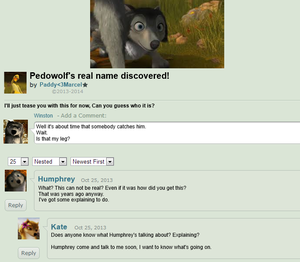 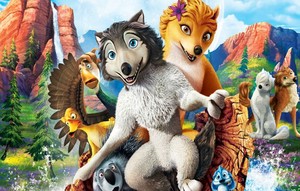 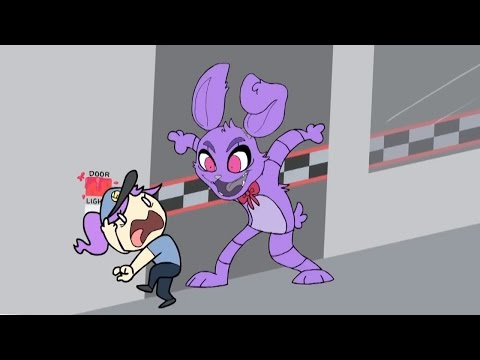 1
Five Nights at Freddy's Animated Short
added by TimberHumphrey
check out this funny little FNaF animated short 由 iHasCupQuake P.S: i liked how they gave Bonnie and Freddy really awesome designs. i mean, they both look bad 屁股 哈哈
video
Yes, I Probably Helped Ruined The Group - But I'm Not The Start
posted by DancingHumphrey
---IF 你 DON'T HAVE ANYTHING NICE TO SAY, THEN PLEASE DON'T COMMENT.---

---YOU CAN IGNORE THIS 文章 NO MATTER HOW MUCH IT PISSES 你 OFF, JUST LIKE SANMAN7'S ARTCILE---

Before anyone 说 anything, yes I'm wwwarea. I'm just using this account for now. Not sure why, but I think it's for the better for this. Since I don't want my gaming name on here much anymore.
It is better to remain as a separated society anyway.

It is quite possible that I could of handled the hatred from sanman7's 文章 better. The way I react on walls sometimes and such...
continue reading... 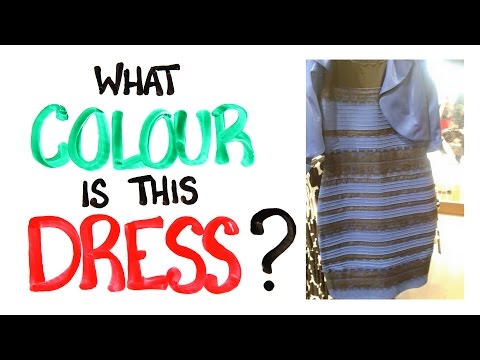 The true color of the dress
added by Wolfire14
video
1
Alpha and Omega: Claudette's capture Part 1
posted by AlphaClub
It was midnight, which was way past Claudette's bedtime. She wanted to know what the voices were, the one that kept her up at night. She had to find out. Every night, there were voices coming from outside, down the hill, and 由 the pond.

But as she crept closer, the voices halted, as she stepped on a twig. "What was that?" one of them asked. "I don't know. Sounds like... a pup maybe?" the other asked.

"Ah ha! It is a pup! A female! Get her!" ordered one, jumping out of the bushes, grabbing her 由 the scruff. 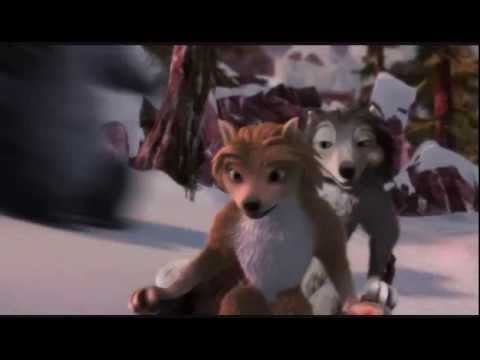 I Won't Give Up
added by SentinelPrime89
video
《丛林有情狼》
kate
humphrey

Alpha and Omega 2 ending (re-upload)
added by TimberHumphrey
my original A&O 2 ending video had problems with the lip syncing so i decided to re-upload it (i still have the original video up in my channel though lol)
video
what i wanna see in A&O 5
posted by TimberHumphrey
okay, it's official: thanks to the smash hit Alpha and Omega 4: The Legend of the Saw Tooth Cave, the A&O franchise is back on track! but i'm pretty sad to say that it's probably gonna end soon, cause i'm hearing rumors around the internet that Alpha and Omega 5: Family Vacation is the last one in the franchise. if that's the case, i want this movie to be so much 更多 than your typical road trip 或者 family vacation-type scenario. but what i really wanna see in this probably last movie, is a backstory of Humphrey. we're four 电影院 into this awesome franchise, it's sadly almost over, but...
continue reading...

1
Alpha and Omega 2 Final Battle
added by TimberHumphrey
video
Me and Sophie Part 6 My friend Hukan
posted by jason74633
Later after breakfast Me and Sophie play hide and seek
Sophie: I'm it so 你 better Start counting
I count to 20 And after that I try to find her suddenly I bump
into Hukan who was my best friend until he hates me
John:Well well isn't it Jason my old friend.
Me:What do 你 want Hukan?
Hukan: I wanna to kill you!
We both start to fight and I defeated Hukan who ran away scared.
I found Sophie come out amaze at me.
Sophie: Wow 你 are amazing.
Me:Thanks Sop.
Sophie: Your welcome.
As we returned Rose and Shade replied wow 你 defeated Hukan
Me:Yep?
Shade:Our child is amazing.
Me:Thanks guys.

1
Alpha and Omega 3 - Magril's outta the games
added by TimberHumphrey
well since almost everybody here despises this movie with a passion, it's pretty obvious this video's gonna get a lotta thumbs down. but anyway, enjoy!
video 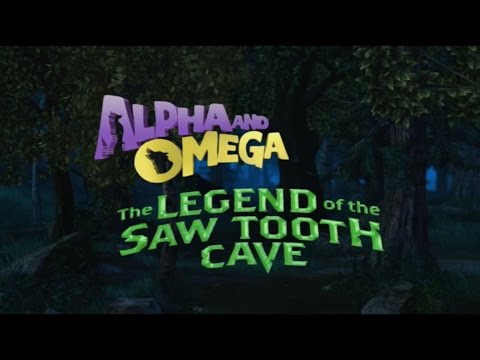 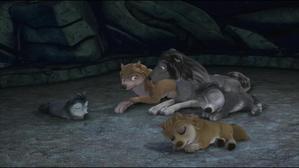 The family getting ready for a night of sleep.
September 2010- Alpha And Omega AWESOME


Alpha And Omega 4: Legend Of Sawtooth Cave fixes a lot of the mistakes done in the first sequels as well as very nearly improving upon the original. Not saying that the original wasn't the best of the series because it still is but the way that the fourth film was written was just unbelievable, plus the 动画片 was near spot-on to the original's and the new characters were actually likable. The original characters...
continue reading...

Nick Wolfe: *Looking over a river* I 爱情 that way it flows on without a care...

Runt: *A grey pup with blue eyes, sits 下一个 to Nick Wolfe* Uncle Wolfe, why do always come to this river?

Nick Wolfe: Well, from what Winston tells me, he and Eve found me in this river.

Nick Wolfe: It’s kind of a long story...you see, Eve and Winston are my parents, but they aren’t my biological parents.

Runt: Then who are?