There's a dragon name Tremor and he's got a reputation as a smartest dragon on Equestria.
His wife, Hydilia, hatches an egg and name the only boy 或者 egg Spike.
When Tremor tried to extricate his colleauge, Draco King the Hydra that all the ponies are all good creature when enter his palace, he grew angry and jealous.
He sent his only step-son Krackibak and Garble to destroy Tremor's 首页 由 creating a powerful Omega Effect,which also develop 由 The Evil Entity.
When he and his wife realized the reckoning, he call the one of the unicorn to sent his only son to 大车, 购物车 his way to Equestria for safety while leaving Tremor and Hydilia died in a flash of an explosion of rainbows and neon green implosions 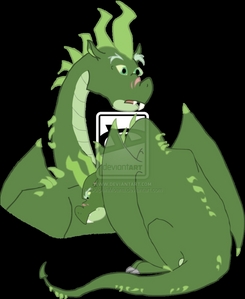