Beneath a Moonless Sky Chapter 1
posted by PrincessBelle2 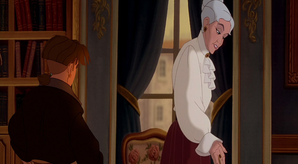 The Dowager Empress glanced up from her thinking. Once again she had been 迷失 in a memory long passed, and now the sound of someone at her study door had roused her from those daydreams.

“Come in,” she called, pulling herself back together, and a seventeen 年 old boy stuck his head around the door.

“Jim, come on in,” the Empress smiled at her great grandson, whom she was extremely fond of and had something of a friendly bond with. “What’s on your mind?”

“Er,” Jim replied, scratching his head awkwardly as he closed the door behind him and pulling up a chair without waiting to be invited. He knew he never needed to. “I wanted to ask 你 something, because, well, you’re the best person I know to talk to about this.”

“Are 你 in trouble again?” the Empress asked, with a knowing smile. It was no secret that Jim was sometimes in trouble for tormenting his tutor, 或者 doing something reckless with his friends, but she could never be angry at him for it.

“Ah,” was all his Grandmama said.

“Yeah, she’s called Audrey and I really like her. We have a laugh together, and now I think maybe...”

“You want to be 更多 than just friends?” his Grandmama finished for him.

The Empress smiled. “Love is a very complex emotion, Jim.”

“But you’ve been in love, right?” Jim persisted. And then when she hesitated, he added “You and Great-Grandpapa, 你 loved each other, didn’t you?”

“Oh, yes,” his Grandmama replied, getting to her feet. “But...I think the best way to answer your 问题 is to tell 你 a story.”

“Oh, please not a fairytale,” groaned Jim. “You know I can’t stand all those soppy stories.”

His Grandmama laughed, lightly, as she pulled an old, worn book off the shelf behind her. “No, no, this story is based on truth, and it’s far from that. It has adventure and twists and plenty of romance...well, I should think you’re old enough to know all about that at any rate.”

“It is,” his Grandmama replied, settling herself in her chair. Jim propped his chin in his hands, elbows on knees, and listened as she began to read. “The 年 is 1482 and our setting is Paris.”

“Paris?” Jim interrupted with a grin. “I like it already.”

His Grandmama gave him a mischievous smile. “Are 你 going to listen quietly 或者 am I going to have to stop reading?”

Jim laughed. “No, go on, Grandmama. I promise I’ll be quiet.”

Belle French quickly hurried up the steps of Notre Dame, aware always of the 秒 ticking by. She had never been late for work before and she didn’t want to find out what Judge Claude Frollo would say 或者 do if she was. She wasn’t scared of him, of course; unlike most employers she had had he was considerate and treated her with respect, and didn’t leer over her simply because she was young and beautiful. Working as his maid was the best job she had ever had and she certainly didn’t want to get the sack after only having done so for a month.

Dread hit her stomach, however, as she threw herself into the room and spotted him standing over 由 the candles, head bowed deep in prayer. He looked up as she came into the room and though his expression was unreadable, the first thing to hit Belle was a sense of panic.

“Judge Frollo, I’m so, so, so, so, so, so sorry,” she gabbled, hurrying up to him. “I 迷失 track of the time this morning, I was reading, I’m in the middle of this wonderful book and I didn’t realise that I was late until-!”

“Miss French,” Frollo cut in, softly, laying a hand on her shoulder. “You are only a 分钟 或者 two late. I wouldn’t have noticed.”

She quickly ran to the cupboard where her cleaning supplies were kept. To her surprise, however, Frollo touched her shoulder again and she turned to him, wondering what he could possibly want. Usually they greeted one another in the morning and then she went about her cleaning and he went about his...judging and they barely saw one another until the end of the day.

“Are 你 afraid of me, Miss French?” he asked.

Belle blinked at him. “No, Judge Frollo. Why would 你 ask that?”

“Then why are 你 so afraid of being a few 分钟 late? Am I really so terrible that I might lose my temper with you?”

Belle had the feeling he was teasing her and managed to relax. “No, sir. I just, well, in my other jobs, if I was ever late, I’d be in trouble, and I’ve been threatened with the sack before for such tardiness.”

“Well, rest assured. I don’t tend to 火, 消防 good staff unless they make a habit of continually being late,” Frollo replied.

“See that it doesn’t, Miss French,” Frollo replied, with a smile.

Belle hesitated. “How long have I been working for 你 now, sir? A 月 或者 so?”

Frollo shrugged as he picked up his Bible. “Thereabouts.”

“And how many times must I ask 你 to call me Belle, sir?” Belle asked, smiling a little herself.

Frollo looked away from her so that she wouldn’t see his face flushing. “My apologies, Miss French, I’m afraid it’s a force of habit.”

“That’s alright, but please, try to call me 由 my first name,” Belle said, picking up her duster. “I much prefer it when people do.”

“I...will try,” Frollo managed to say before walking away from her. Truth be told, he had been wanting to call her Belle for a long time, but being the gentleman he was, he had decided against presuming he could do so until she told him he was allowed to do so. When he had hired Belle, he had noted that she was rather beautiful and kind 由 nature but was adamant that he would not act on those feelings for her. She was his maid, and could be a friend if she wished, but nothing more.

Belle began to sing softly under her breath as she worked, cleaning the pulpits and sweeping the dust from the floors. “I heard there was a secret chord that David played and it pleased the Lord, but 你 don’t really care for music, do you? Well, it goes like this, the fourth, the fifth, the minor fall and the major lift, the baffled King composing Hallelujah; Hallelujah, Hallelujah, Hallelujah, Halleloo-oo-oo-ja...”

Frollo froze as he listened to that angelic voice 唱歌 to the 音乐 in her head. She had a beautiful voice too?

He was in deep trouble.

Belle, however, noticed nothing as she worked and sang to herself. She never noticed, he realised, never noticed how his face softened at the sight of her, 或者 how gentle his voice became, and sometimes quavery when talking to her, never noticed the way he twitched slightly when she called him 由 his full name 或者 “Sir.” He really wanted to tell her to call him 由 his first name too, they way she had, but somehow he just wasn’t 《勇敢传说》 enough.

“What could a beauty like her ever see in an old man like me?” he muttered, pulling himself together as he made his way upstairs, Belle’s 音乐 fading in his mind. 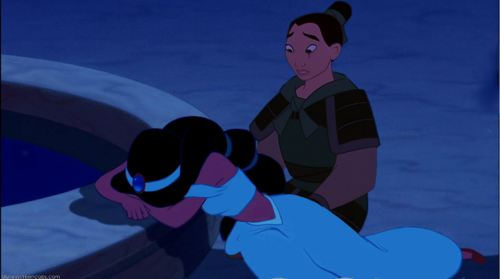 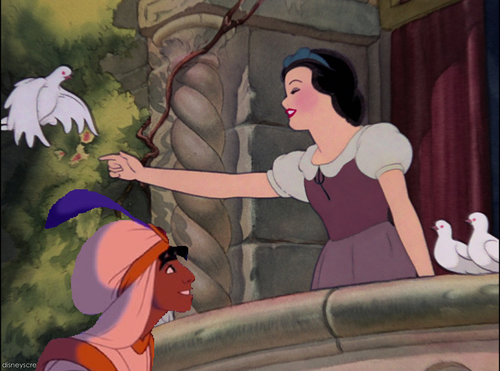 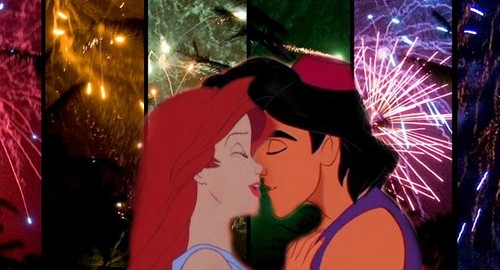 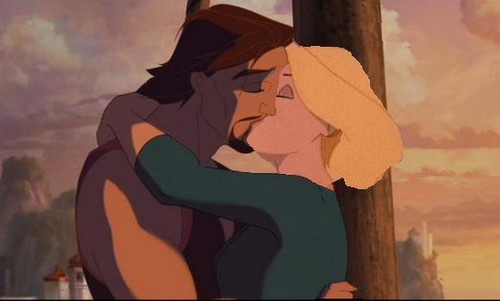 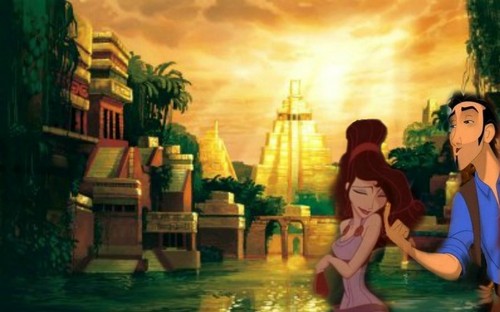 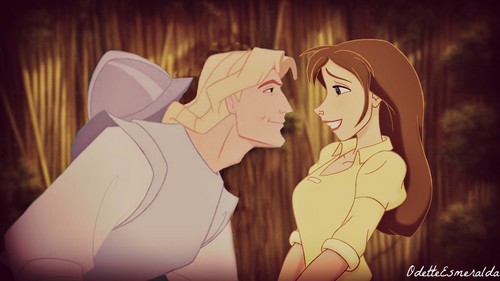 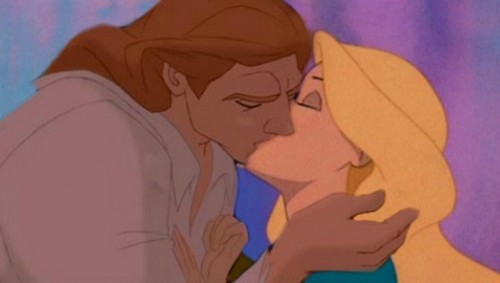 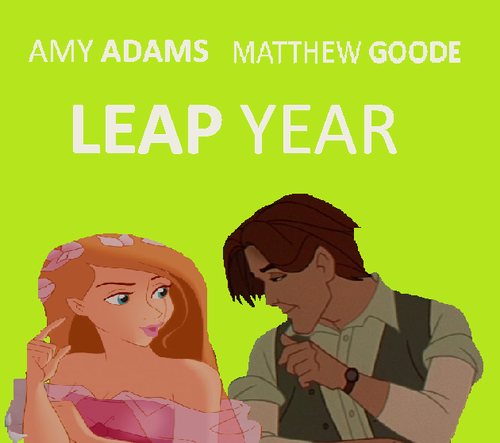 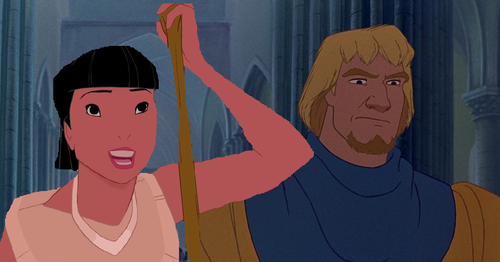 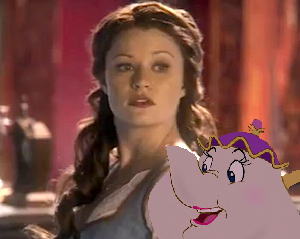 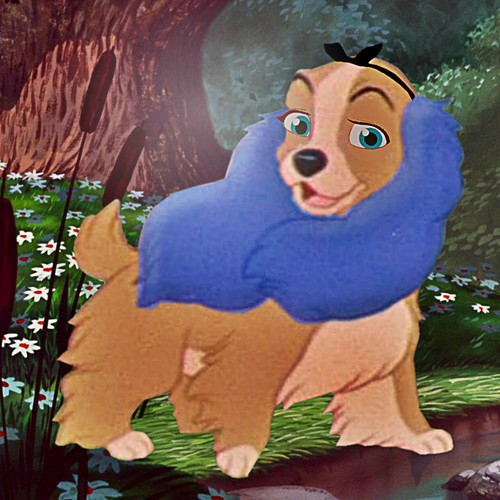 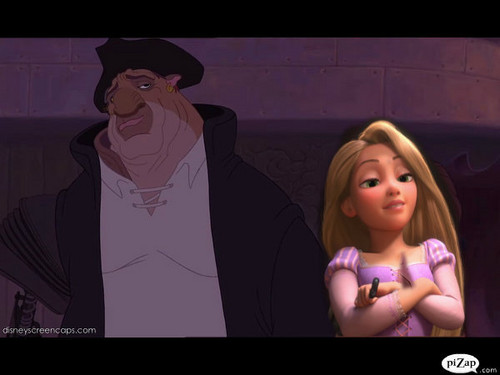 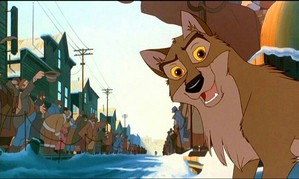 Seeing Kayley
Here is part one ;)

The name's Balto, I'm part husky and part wolf. I live with Kayley we get along really well. I usually followed her around most of the time. Today something was up, I could tell. Smelling the air it felt calm but part of me inside told that something bad was going to happen. I shook the feeling, Kayley asked "you okay?" I nodded, 你 see we can understand each other so when I bark she knows I'm talking. I stared at the water, leaving her alone I walked towards the sand. Once I did I sat down, sighing everything was peaceful at least at home. The 下一个 日 a horn blew, waking me up from my sleep. I stood up to see Kayley running into the house so I followed close behind. I heard her mother, Juliana say "no,absolutely not." I asked "what happened?" Kayley replied "Excalibur was stolen last night." I heard about the sword but I didn't know it was stolen. I watched as the two talked some 更多 and then Kayley went outside.
Gilrs in the Tower <Preview> Set Up
posted by auroraxaurelia 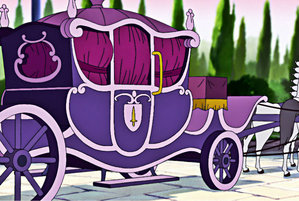 "Girls. Its time to wake up." 说 an older woman in a cold tone. One of the girls were already awake looking out the window. A young lady with shoulder length blonde hair. Beside her sat two ackward girls. One with black hair and the other orange-red. Both girls still lounged on each other sleepily.

"Well at least one of you...
continue reading...