In the woods, furies live in secret hiding from hunters and humans. But these furies are not people playing dress up. They are real furies and they are having fun on Halloween!

"Comon guys! Were going to miss trick 或者 treating!" Kate yelled as she ran out the den. "Hang on Kate! Will and Bella aren't ready yet!" Humphrey said. "How are we going to pull this off again?" Will asked as he exited the den. "Well since it is Halloween, no one would suspect anything of us." Kate assured him. "Ya but... Our 毛皮 is real, I never felt anything like this that is fake." Will added. "Just tell them it is new technology in China. It's only for one night." Kate replied. "I'm ready!" Bella yelled. "Hey I got a text from Lilly, she wants to meet us at Walmart. Garth and Lilly apparently tried to find the mall, but got lost." "OK, well it's on the way to the party, so tell her we will be there in a half hour." Kate answered. "OK, she 说 that's fine. They will be in the hooters across the road." 说 Bella. "Haha, happy 万圣节前夕 Garth." Humphrey chuckled.

The four 老友记 then left to go trick 或者 treating. On the way out of the woods, they saw a bunch of flashing lights, and sirens go to a big ball of 火, 消防 surrounding a house. Once they got to the town, Humphrey led the way to a house, zigzaging around a bunch of decorations. A bowl lie on a scarecrow's lap with a note saying; Take one, 或者 take one bullet. "Wow these people have problems, Kate mumbled as she took a piece. When Humphrey walked over, the scarecrow jumped and started laughing. Humphrey grew mad, so he punched the scarecrow in the face and took three pieces. The 狼 started laughing as they walked away to the 下一个 house. A half 小时 later, Will received a text from Lilly asking him where they are. "Hey guys! Lilly is waiting for us, and its 7:40." Will announced. "Oops! Well they are only 15 分钟 away, so lets go." Kate commanded.

The four 狼 then ran down the road. They had so much 糖果 in their bags, they tired out only six 分钟 in the run. Each 狼 carried 10 pounds of candy. After 20 分钟 the 狼 finally reached Lilly and Garth. The two 爱情 birds won the best costume contest at hooters, and got $2,000. After they showed off their money, the 狼 returned to the dens and placed all their stuff on their beds. They then called a limo, and met it at a local grocery store. The limo was filled with part lights, booze, and of course 万圣节前夕 decorations surrounding a 40 inch TV. An 小时 later they made it to the party. Humans cheered all around them drunk as can be. And then all the humans evaporated, and lights shone on the furies. Police sirens and swat vehicles stood around, and Garth noticed the people who were partying were holograms. 枪 pointed at the furies for a few 分钟 until Winston walked through them. "Haha! I got 你 really good. I may be old... But I still got it!" 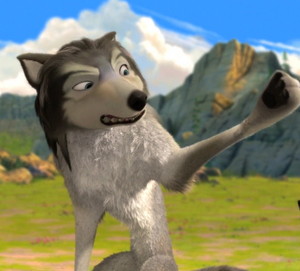 4
哈哈 Humphrey!
added by JennaStone22
1
the way the world ends
posted by 63712
december 2654. a few years after the halo war a new threat came. they were natures natraul killers... the wolf. as a survivor of this incident I will tell 你 my story. it was a cold december 日 i woke up to the sound of banging i thought maybe someone is knocking i went downstairs and saw.. something terrible something that haunts me to this 日 狼 tearing at human flesh. i 说 to myself am i dreaming i heard a voice say ; i smell something i think theres another one; a deeper voice 说 soundig as if it was a higher rank 狼 like an alpha 或者 beta.; if there were any 更多 they would...
continue reading...

33
Just the way 你 are ~ Animash
added by OmegaLeader
This song really fits couples for Alpha and omega and other movies.
video

It was early morning in the western part of Montana. For once, today was a very good 日 because the breeze was perfect as well as the temperature. I was asleep with a smile on my face. This was because the breeze felt nice across my fur. I started to stir until I finally opened my eyes blinking to clear my vision. I looked and saw that no one was around. (Where is everybody?) I thought to myself. I looked 前锋, 期待 but turned around to see everyone with smiles on their faces.

"Happy birthday Jackson!" they all yelled.

I had a shocked look on my face. "What? How did 你 guys know today...
continue reading...
Chapter 16: "Great, 更多 Carrying"
posted by shadow-omega
My POV

I ran out of the 巢穴, den, 书房 to try to catch up to Kate. I felt great this morning and to my surprise, I was actually catching up to her. 由 the time we were half way of the race, I looked to my left and found Kate running 下一个 to me.

"I'm usually not this fast at all!" I replied.

Kate started to run a lot faster than usually. I was actually keeping up with her... and passing her? I was amazed 由 this, I've never won a race before. I sniffed the air finding that their scent was getting stronger. 下一个 thing I know, I stop...
continue reading...
Chapter 15: Help From a Expert
posted by shadow-omega
My POV

I woke up on the ground with fog everywhere. I couldn't see a thing through it but there was nothing around from what I could see. I began to panic so I ran 前锋, 期待 hoping to find a way out. I kept running and running but found no end to the fog. I lay on the ground tired from running to find an end to this stupid fog. I looked up to see a 粉, 粉色 狼 in front of me. (A/N: It's a dream. He can dream of anything.) I stood up facing the 粉, 粉色 狼 with a scared face.

"Calm down Cooper I'm not here to hurt you." the 狼 said.

"Where am I? What is this place? Who are you?" I asked curiously.

Kyle just laid there and looked at me with an evil grin. "Well it's nice to meet 你 again little brother." he replied

Before I could say anything back, he push me off sending me flying through the air. I landed hard on the ground knocking the air out of me. I looked up and saw Kyle charging at me. I got up ready to take the hit when Jackson and Kate hit Kyle to the ground. They then got in front of him making sure he couldn't attack.

"Honey, could 你 please 移动 so I could kill this stupid wolf." Kyle 说 trying to get pass them

"No, first of I want to what this is about." Kate replied...
continue reading...
Chapter 9: New Experience
posted by shadow-omega
It was a damp morning from the rain last night. Kate and Kyle had got up early and decided to go hunting for some breakfast. They were searching when they came across a very big caribou. Probably the biggest they've ever seen. They stared at it but then ducked into the bushes.

"Okay I'll jump first for his neck if I get a hold of him, jump and try to knock him down." Kate explained.

"Okay I got it." Kyle replied ready to pounce.

Kate was ready to make her 移动 she waited for the perfect time to get the right attack. Finally, she pounced at the caribou and she was able to grab the neck of the caribou....
continue reading...
Chapter 8: A New... Couple?
posted by shadow-omega
The sun had just risen in Idaho. Having it being a nice 日 there were not many clouds out. It was damp outside because it had rained a little last night. Humphrey and Lilly slept longer than they thought as they woke up around late morning (around 11:00). Humphrey began to stir in his sleep but finally woke up then blinking to clear his vision. He then stretched but realized something was missing. Lilly wasn't around, which he realized since he was able to stretch without feeling her fur. Humphrey looked around the cave to see if she was around but didn't see her. He started to walk out of...
continue reading...
Chapter 7: The Journey Begins
posted by shadow-omega
It was morning in Jasper but all the wolfs were asleep except for two. Kate and Kyle had woken up early for their journey to start. They had 说 goodbye to their 老友记 if they didn't come back and also to say goodbye to their parent. After they did all that they met up at Kyle's den.

Kyle then turned around and walked up to her. "Yes sweet 心 I am ready" Kyle 说 giving Kate a 吻乐队（Kiss） on the lips. "So where are we going to start"

"I say we take the train and stay there for awhile" Kate 说 with a smile....
continue reading...
Chapter 5: Kate Gets Tragic News
posted by shadow-omega
Kate's POV

It was turning morning with the sun high in the sky. All the wolfs were up except two of them. The sunlight finally shined into the 巢穴, den, 书房 of the 'couple'. They then woke up standing up at the same time, finding that their noses were touching.

"Well no I haven't" I replied feeling bad for cheating on Humphrey." But yet she didn't feel that bad.

"Well actually somewhat I mean he started to lose his funniness. He also didn't know what it was like being an alpha." "I tried to 显示 him some moves so he could help me hunt...
continue reading...
1
Chapter 3: Humphrey's Confused
posted by shadow-omega
Humphrey just stared at Kate mating with a different wolf. He was heartbroken to no return, he was so confused on why Kate would do this. He stood there for a 分钟 just watching them mate and hearing Kate yell for the 狼 to go deeper, faster, and harder. After a 分钟 he took off russling the 衬套, 布什 as he turned to run. The two wolfs stopped mating for a 秒 just standing there looking at where the sound came from.

"What was that?" Kate asked

"I don't know, maybe it was just a squirrel." the 狼 replied

"Yea I guess your right" Kate replied licking the 狼 above her.

"So shall we continue...
continue reading...
Chapter 2: Kate's What!...
posted by shadow-omega
(Next Morning)

The sun was rising over the mountains of Jasper Park. It was shining bright this morning sense there were no clouds in the sky. The light shined into Kate and Humphrey's 巢穴, den, 书房 shining onto Humphrey's eyes. He began to stir and roll trying to block the sunlight but to no success. He then opened his eyes, blinking several time to clear his vision. He then stood up and stretched to feel 更多 comfortable but was depressed to see that Kate was gone. (She's probably on her morning hunt.) Humphrey thought. Just then a rock flew into the 巢穴, den, 书房 and bounced around the walls and finally hitting...
continue reading... 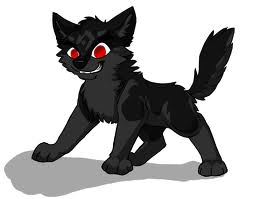 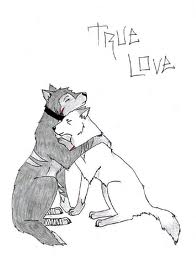 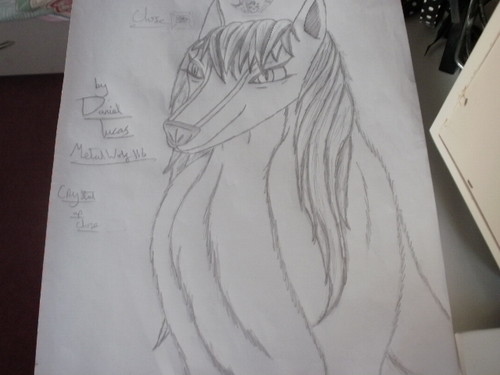 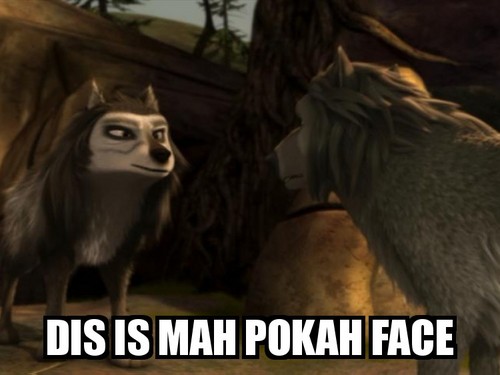 Fall has kicked Summer out as the Summer 花 died. The

leaves have started to fall to the ground coating the

grassy plains in a 彩虹 of colors. Humphrey started his

day sneaking up onto a caribou. He held his breath as he

got closer and closer. Kate came in from the other side

inching her way towards the animal also. The caribou slowly

ate 草 and walked forward, unaware of Humphrey and Kate

beside it. They were getting ready for the kill, as

Humphrey leaped into the air and grabbed its front leg,